The Japanese health ministry has decided to urge all of the nation's hospitals designated as disaster response medical centers to stock enough fuel to run their power generators for at least three days by March 2021, people close to the matter said Sunday.

The Ministry of Health, Labor and Welfare will also ask those 736 hospitals across the country to store enough water to sustain their treatment for three days without external supply or access to ground water, they said.

The decision comes after the ministry's survey following the deadly torrential rains in western Japan and the earthquake that caused a complete blackout in the northern main island of Hokkaido last year found that more than 100 of the hospitals do not meet either of the criteria.

Of the 736 hospitals, 114 said their power generator fuel reserve is not enough to keep their operations running for three days, meaning they could be vulnerable if power and gas lines get severed by an earthquake or other disasters.

Among the 114, 62 facilities planned to receive fossil fuel from regional supplies, while 12 said they would rely on city gas to run their generators. 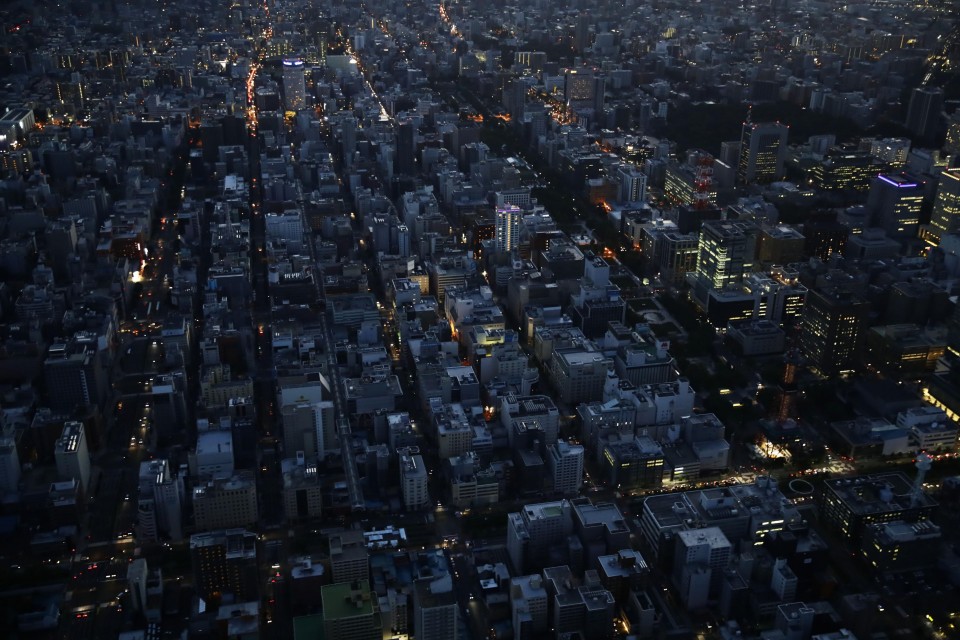 (Photo taken from a Kyodo News helicopter shows the downtown area of Sapporo, Hokkaido, during a blackout on Sept. 6, 2018, following a strong earthquake that hit Japan's northernmost main island.) 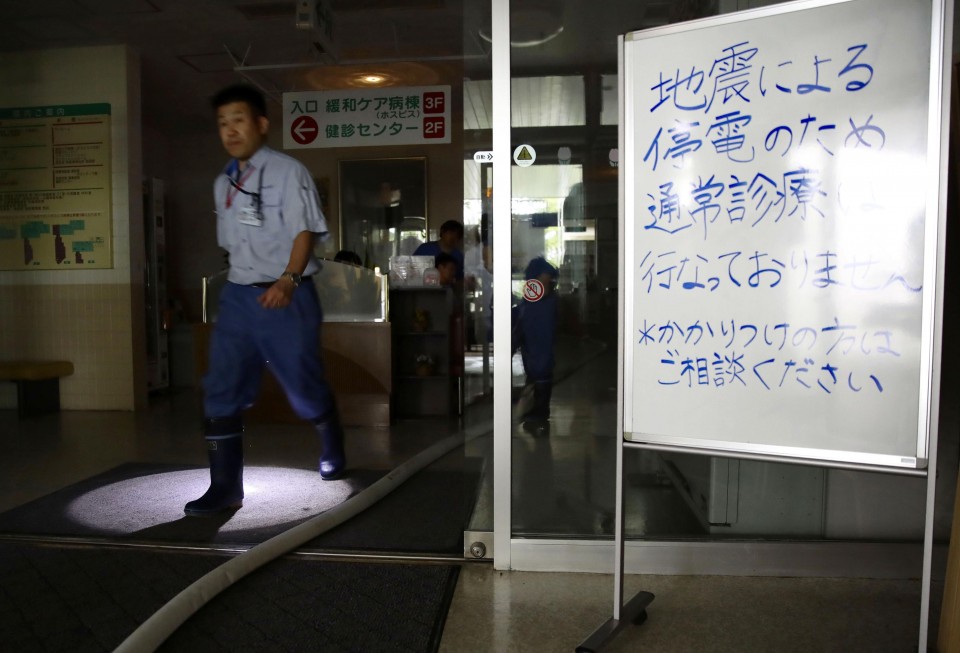 The current guidelines only require hospitals to find ways to secure fuel to keep their generators running on their own for three days or so, but not necessarily in the form of fuel reserves.

In the case of the powerful earthquake causing a blackout in Hokkaido in September, most of the prefecture's 34 designated hospitals were forced to scale down their operations. Some of them experienced over 40 hours of power outage.

"It is hard to know how much fuel reserves we need (to survive a blackout) until a disaster actually hits," one hospital official told Kyodo News.

Other hospital operators said they do not have enough space or funding to set up additional fuel storage facilities.

The hospitals are required to have three days' worth of drinking water, but there is no specific requirement for water needed in treatment such as dialyses.

The survey showed 177 facilities do not have water tanks large enough to store the required amount of drinking water. None of them has access to ground water.