Shohei Ohtani notched his 100th major league hit in a 3-for-4 effort Tuesday but was tagged out in pivotal innings as the Los Angeles Angels were unable to overturn an early deficit and fell 4-3 to the Minnesota Twins.

Batting third as the Angels' designated hitter, Ohtani singled in the fourth inning at Target Field for his 100th big league hit after grounding out in the opening frame.

The Japanese two-way player added an RBI single against Twins starter Kyle Gibson (4-1) in a three-run sixth, but was tagged out trying to reach third on a one-out line drive to right from Andrelton Simmons. The Twins brought in reliever Ryne Harper to face Albert Pujols in the No. 5 spot, and the rally ended when the Angels slugger flied out to right.

Ohtani singled again in the eighth to register his first three-hit game of the season since returning from Tommy John surgery, and made it to second on a base knock from Pujols. 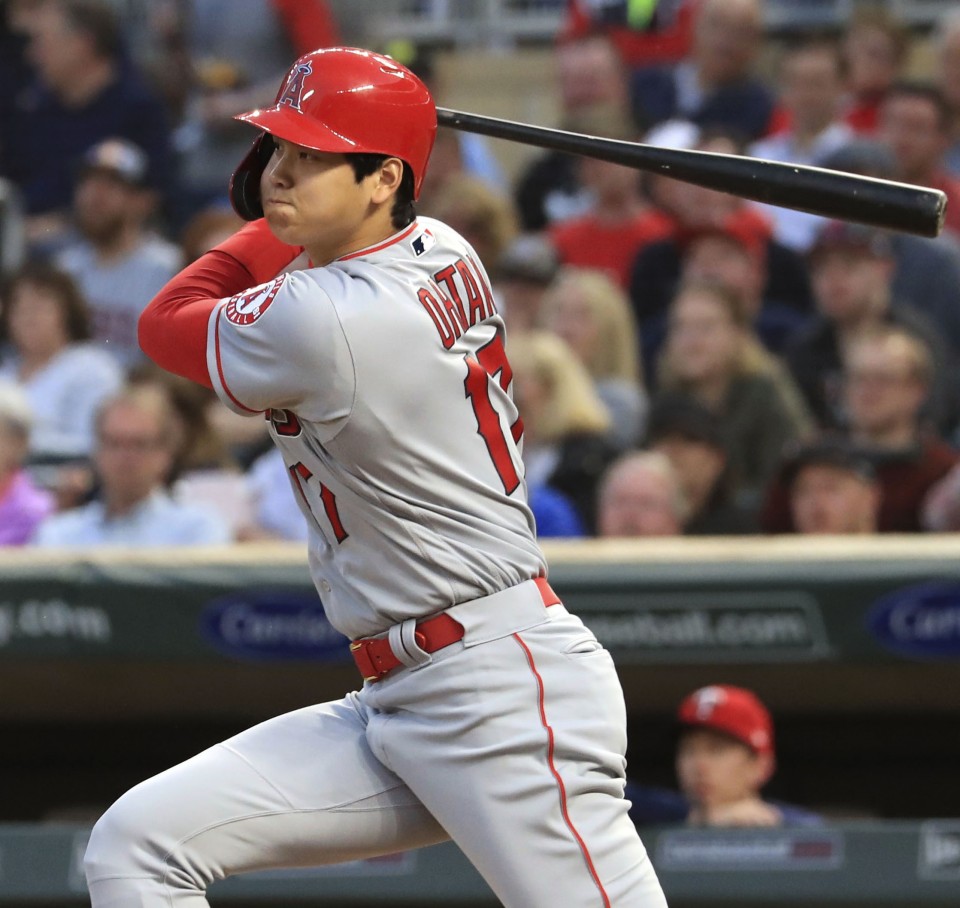 The 24-year-old took off toward the plate on Brian Goodwin's single to center, but was thrown out trying to score the tying run as Byron Buxton fired home to catcher Mitch Garver. Ohtani slid feet-first into Garver's left leg as he blocked the plate, resulting in the catcher limping off the field.

"There was something there for me even in the at-bat in which I didn't get a hit. I saw each ball in the batter's box and was able to react well," Ohtani said.

"I need to take a closer look at things like starting off the bag and leading off in order to run the bases safely (as in the close-call at home in the eighth)," he added.

Cam Bedrosian (1-2) opened for the Angels and was tagged with the loss for allowing a run in the first. Felix Pena gave up three runs and five hits over five innings.

Ohtani is 9-for-28 since making his season debut last week, batting .321 with a homer and six RBIs. He is not expected to pitch again until 2020 as he continues to rehabilitate his throwing arm. 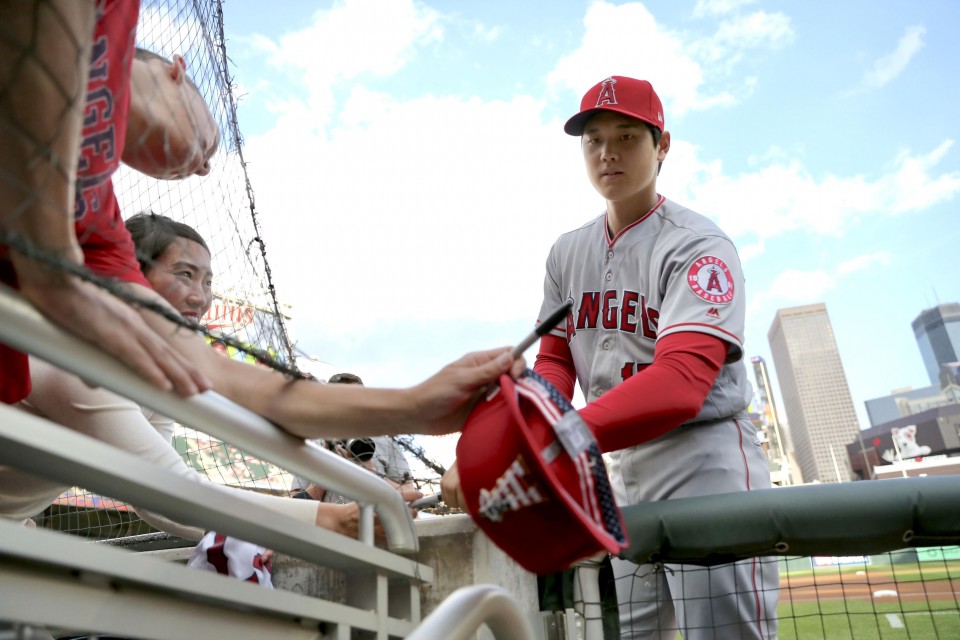