Sumo: Trump to present trophy to winner at Tokyo tournament

U.S. President Donald Trump will attend the Summer Grand Sumo Tournament at Tokyo's Ryogoku Kokugikan later this month and present a newly made trophy to the winner, sources at the Japan Sumo Association said Sunday.

The president is also likely to watch the final three bouts on the closing day of the meet on May 26, the sources revealed.

Trump spoke of his plans to attend the tournament and present a trophy at his meeting with Japanese Prime Minister Shinzo Abe in Washington late last month. 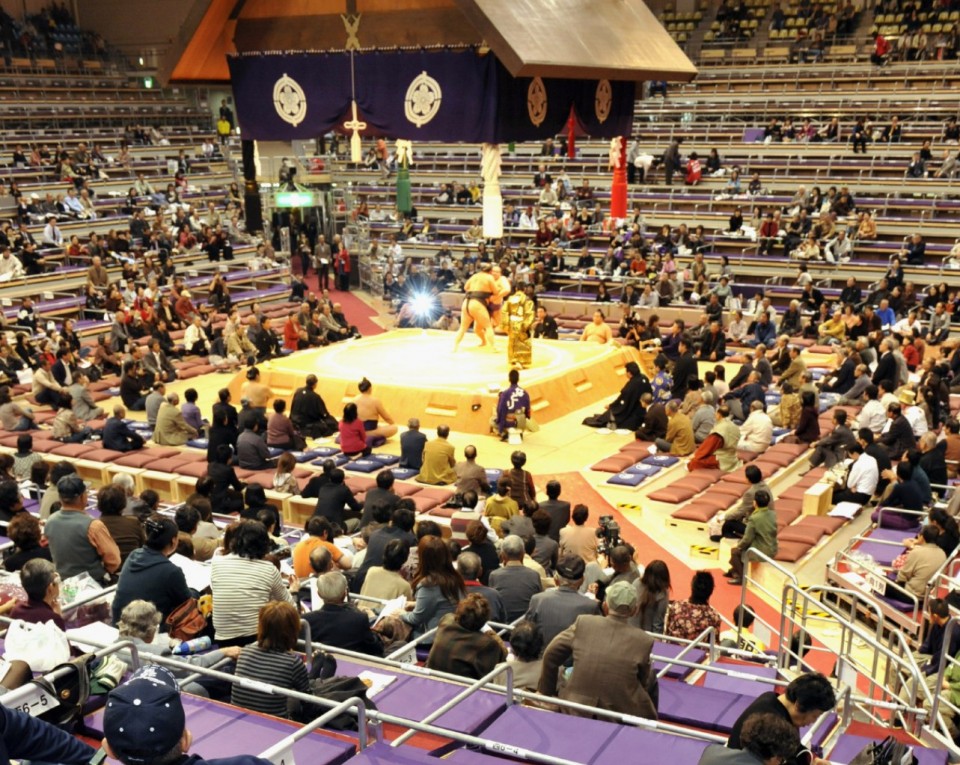 Sumo: Trump wants to watch sumo during Japan visit in May

"I've always found (sumo) fascinating. So, in fact, we're having a trophy made in this country. We're going to give the trophy to the winner of the championship," Trump said ahead of the bilateral meeting.

The name of the new trophy has yet to be determined, with "the Trump Cup" among those being considered.

The association is making arrangements for Trump to watch the bouts from a specially situated dining table near the raised ring at the center of the hall, taking security into consideration.

During their May 25-28 trip, Trump and his wife Melania will be Japan's first state guests since the ascent to the throne of Emperor Naruhito.