Rugby World Cup winner Jonny Wilkinson believes Kamaishi's role as a venue for this year's tournament is the result of something "almost beyond human in terms of power."

On March 11, 2011, Kamaishi was rocked by a powerful earthquake and tsunami that destroyed much of the town. The disaster killed 1,064 people, or some 3 percent of the population, and forced up to 9,883 survivors to evacuate their homes, according to the city office.

But eight years later, the town in northeastern Japan's Iwate Prefecture, is set to welcome rugby fans from around the world when it hosts Fiji and Uruguay on Sept. 25, and Namibia and Canada on Oct 13 at the brand new Kamaishi Recovery Memorial Stadium.

"The energy taken to create what is here after that event is testament to the people, the community and the region," Wilkinson said this week at the stadium in his role as ambassador for RWC sponsor Societe Generale.

"Driving in (to the stadium) it was striking to see the sea and I found it impossible to imagine what it was like. The fact they are now able to bring the Rugby World Cup here is incredible and it really will be the centerpiece of the tournament." 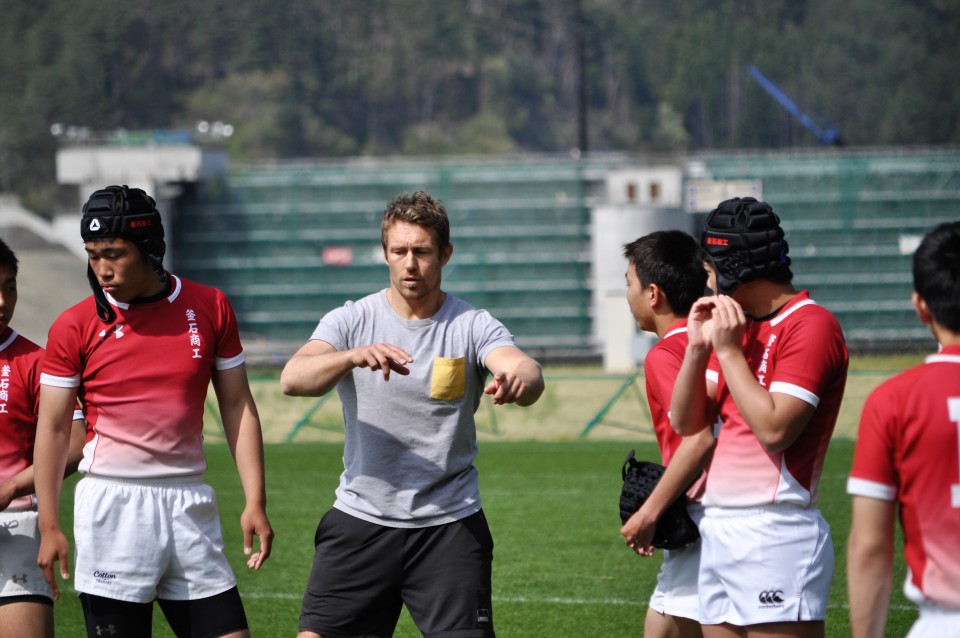 "The power or working as one has created something beyond the imagination. Back in 2011 no one could have imagined a stadium would be here bringing supporters from around the world."

The 39-year-old, whose extra-time drop goal won the 2003 final for England, was in Kamaishi along with four other stars of the game in Matt Giteau, Thierry Dusautoir, Christian Califano, and Toshiaki Hirose.

Giteau played for Australia in the 2003 final against England and was again on the losing side in 2015 when the Wallabies lost to New Zealand.

Dusautoir was captain of France when they narrowly lost the 2011 final to New Zealand, Califano was part of the French squad that lost the 1999 final to Australia, while Hirose was in the Japan squad in 2015.

While the four foreign stars were making their first trip to Kamaishi, it was a return visit for Hirose who helped out with the recovery efforts in July 2011. 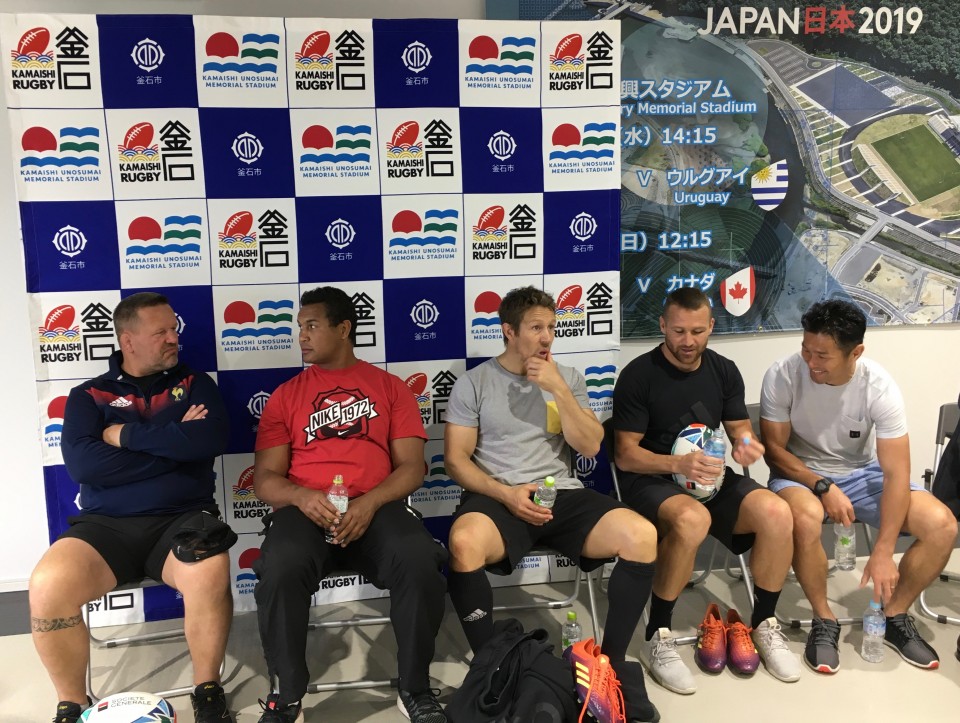 "It's so inspiring seeing how Kamaishi has overcome such devastating conditions," the 37-year-old Osaka native said.

"We can show the world how the town has been rebuilt and I hope people visiting here will be able to share the Kamaishi spirit."

Wilkinson said hosting games in Kamaishi was a "great opportunity to create awareness of what the people here have been through...especially to people from a country such as England where the concept of a tsunami is something we could never experience or imagine."

"It's a brilliant message that what happens to you, you can't always control, but when you pull together afterwards you can decide what it is you want to do with it," he said.