Rugby: Sunwolves set to take on Brumbies in Canberra

Sunwolves coach Tony Brown will no doubt be hoping his side can finally learn from past mistakes when they take on the Brumbies on Sunday in Super Rugby action in Canberra.

Brown's side lost their ninth game of the season last week, a 32-26 defeat to the Reds in Brisbane that saw the Sunwolves finish the game with just 12 players on the field.

It was the fourth time this season that the Japanese franchise's indiscipline and inability to play for the full 80 minutes saw them pluck defeat from the jaws of victory and, with five rounds remaining, it all but eliminated their hopes for a spot in the playoffs.

The Sunwolves are bottom of both the Australian Conference and overall standings with 12 points -- 12 fewer than the Brumbies, who sit in the second spot in their conference and are outside the overall top eight by just a matter of points.

Following this Round 13 game, the Sunwolves play two games in Tokyo before finishing off the season with games in Cape Town and Buenos Aires.

Despite last week's loss, which saw the Sunwolves throw away a 13-8 halftime lead, Brown has limited changes to the starting XV. 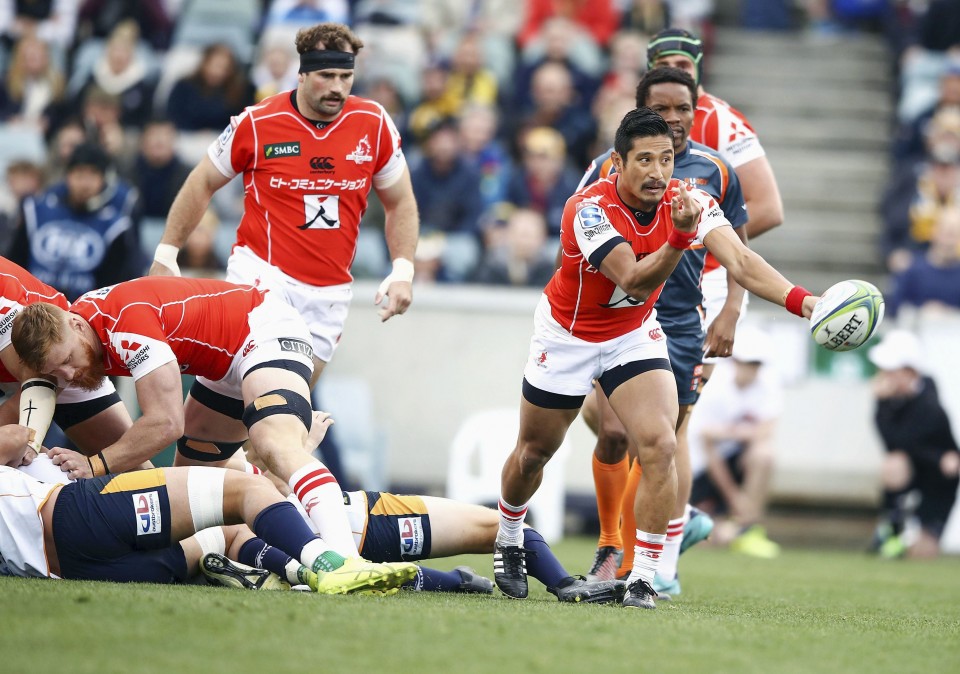 Dan Pryor returns from a foot injury to lead the side and replaces brother Kara at blindside flanker, with the only other change in the pack seeing Mark Abbott come in at lock.

"It's good to get our captain back, we've lost a few captains this year," Brown said referring to the foot injury suffered by Craig Millar and Michael Little's ongoing battle to recover from a concussion.

"His (Pryor's) leadership is going to be very important and the team has already responded."

In the backs, Yu Tamura starts at flyhalf and Jason Emery moves from center to the wing to fill in for the suspended Semisi Masirewa, while Josh Timu is handed the No. 13 jersey.

"It's an exciting opportunity for Tamura," Brown said of the No. 10, who joined the team following a stint with Japan's extended Rugby World Cup training squad.

"He's had a good couple of weeks to get comfortable with how we're playing the game. He's trained well this week and I'm looking forward to seeing him have a pretty good performance."

Conan O'Donnell, who joined the side this week from Irish provincial side Connacht, is named on the bench alongside Georgia international Jaba Bregvadze as Brown opts for six forwards and just two backs -- Jamie Booth and Hayden Parker -- among the replacements.

"Our focus this week is to stop a very strong Brumbies team around the maul and to play our game," Brown said.