Sani Brown, a student athlete at the University of Florida, became just the second Japanese runner to break the 10-second barrier when he clocked 9.99 to win a collegiate meet in Arkansas on Saturday.

The 62-year-old Coe, who twice won the Olympic 1,500 meters for Great Britain, said Sani Brown was poised to be one of the faces of Japanese athletics in the lead-up to the 2020 Tokyo Games.

"He is a phenomenal talent. We would say one of your picture children for the sport," said Coe, who was in Japan to attend the IAAF World Relays held in Yokohama over the weekend. 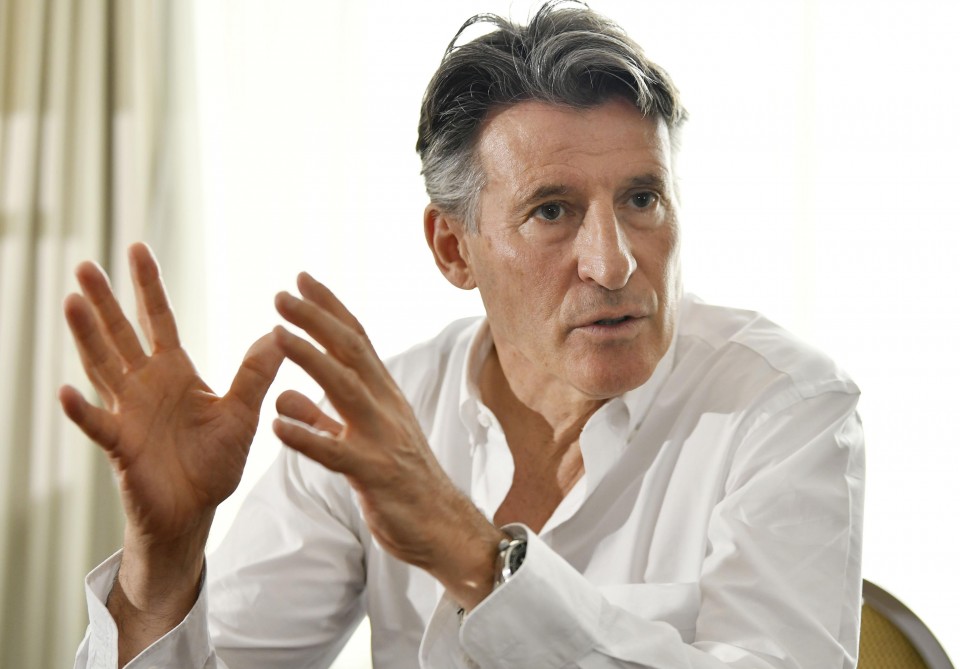 Coe, who counts Japan's 2004 Olympic hammer throw champion and Japanese Olympic Committee Executive Board member Koji Murofushi as "a very close friend," said he was impressed at the strides made recently in Japanese athletics.

"If you look at the way Japanese athletics has developed in the last decade, I think it's one of the fastest-improving federations we have, and across a range of athletics. Clearly sprinting has become strong," he said.

"I think the Japanese federation and its (coaches) should take a great deal of comfort in what they've achieved."

Coe, who previously served as head of the British Olympic Association, said the World Relays provided another sign that Japan was on track to host a successful Olympic Games.

"We had a great program. The athletes really enjoyed it, the crowd responded, there were some really good performances," he said.

"I think the Tokyo Games are being delivered well. I know that every sporting organization will want their sport showcased to the maximum effect. It is a big moment in the four-year cycle."

Yoshihide Kiryu is the only other Japanese to break 10 seconds, having set a national record of 9.98 seconds in September 2017 when he shaved 0.02 second off the previous mark set by Koji Ito in 1998.