U.S. President Donald Trump's administration unveiled a plan Monday to slap tariffs of up to 25 percent on $300 billion worth of Chinese products, a move that, together with duties imposed so far, would see nearly all Chinese imports taxed.

Amid a further escalation of the tit-for-tat trade war between the world's two largest economies, Trump said he will meet with Chinese President Xi Jinping on the sidelines of a Group of 20 summit slated for late June in Osaka.

Speaking to reporters at the White House, Trump said he thinks talks with Xi will be "probably a very fruitful meeting," without elaborating. He added the United States is in a "very strong position" in trade negotiations with China. 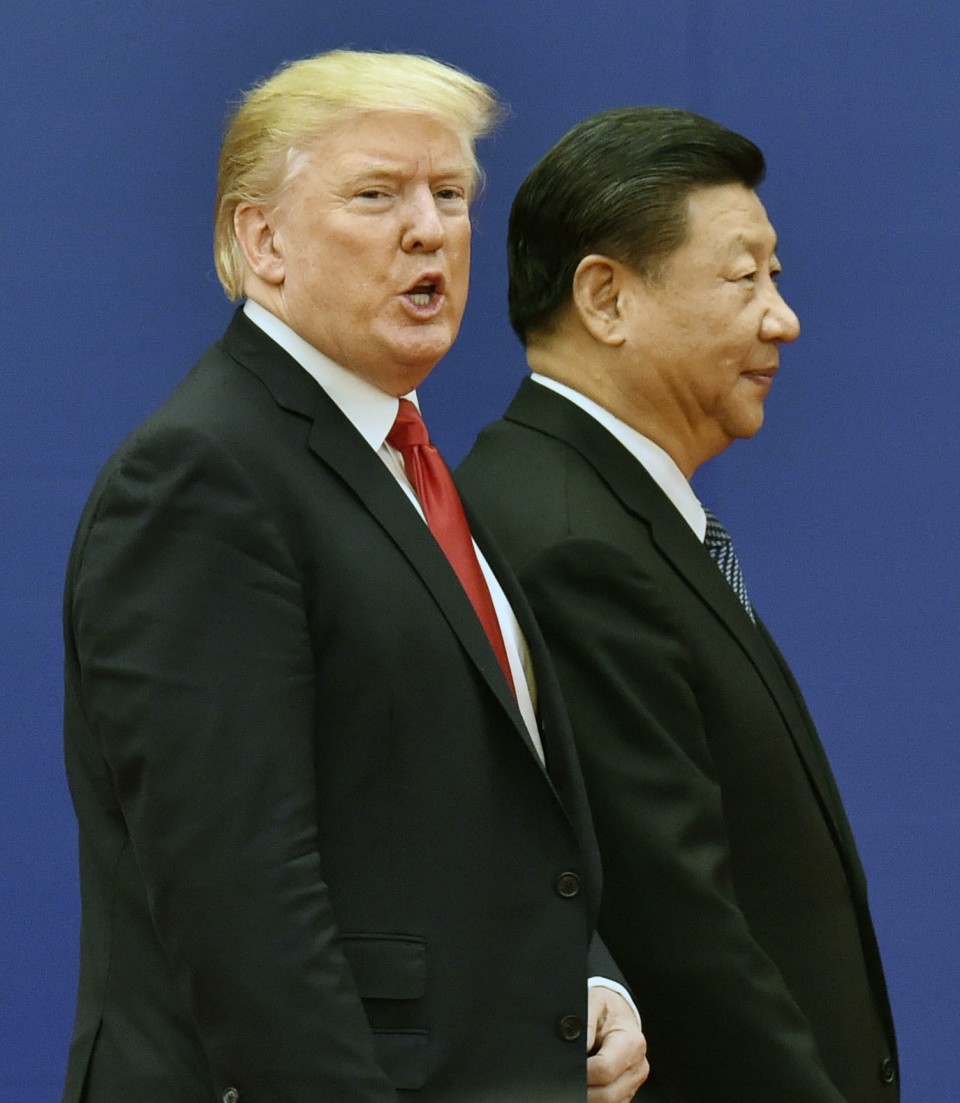 A list of Chinese products that would be subject to the new tariffs extends to 3,805 items, including cellphones such as iPhones and laptop computers, according to the Office of the U.S. Trade Representative.

The administration will convene a public hearing on possible tariffs on June 17, an event that will increase pressure on Beijing ahead of the Trump-Xi meeting on the margins of the June 28-29 summit of the 20 major economies in the western Japanese city.

Analysts are watching whether the two leaders will be able to defuse heightened tensions in the tariff war, which has roiled global markets and cast a shadow over world economic growth.

On Friday, the administration raised U.S. tariffs on $200 billion worth of Chinese goods to 25 percent from 10 percent in an effort to address what the United States and other countries regard as Beijing's unfair trade practices.

In retaliation, China said Monday it will increase levies on $60 billion worth of U.S. products to a maximum 25 percent from 10 percent, starting June 1.

"We're taking in tens of billions of dollars. We've never done that before with China," Trump said. "There can be some retaliation, but it can't be very, very substantial, by comparison."

Trump accused Beijing of reneging on commitments it had made during months of negotiations. "We had a deal with China. It was 95 percent there," he said.

Along with meeting Xi, Trump said he will hold separate talks with Russian President Vladimir Putin on the fringes of the G-20 summit.

In the meetings with Xi and Putin, Trump is expected to focus on denuclearization of North Korea and the possibility of drawing up a nuclear arms control agreement involving the United States, Russia and China.

Trump has called for negotiations for a three-way accord after withdrawing the United States from the Intermediate-Range Nuclear Forces Treaty, a 1987 pact with Russia that the administration regards as outdated in the absence of China and other nuclear powers.

The United States and its allies have grown concerned that China is gaining a significant military advantage in the Asia-Pacific by developing missiles with ranges beyond the pact's limit.

As part of a flurry of diplomacy as host of the Osaka summit, Prime Minister Shinzo Abe is expected to hold talks with Trump for the third straight month.