The following is the full text of Emperor Naruhito's first remarks delivered in a ceremony to mark his accession to the throne on Wednesday.

I have hereby succeeded to the throne pursuant to the Constitution of Japan and the Special Measures Law on the Imperial House Law.

When I think about the important responsibility I have assumed, I am filled with a sense of solemnity.

Looking back, His Majesty the Emperor Emeritus, since acceding to the throne, performed each of his duties in earnest for more than 30 years, while praying for world peace and the happiness of the people, and at all times sharing in the joys and sorrows of the people. He showed profound compassion through his own bearing. I would like to express my heartfelt respect and appreciation of the comportment shown by His Majesty the Emperor Emeritus as the symbol of the state and of the unity of the people of Japan.

In acceding to the throne, I swear that I will reflect deeply on the course followed by His Majesty the Emperor Emeritus and bear in mind the path trodden by past emperors, and will devote myself to self-improvement. I also swear that I will act according to the Constitution and fulfill my responsibility as the symbol of the state and of the unity of the people of Japan, while always turning my thoughts to the people and standing with them. I sincerely pray for the happiness of the people and the further development of the nation as well as the peace of the world. 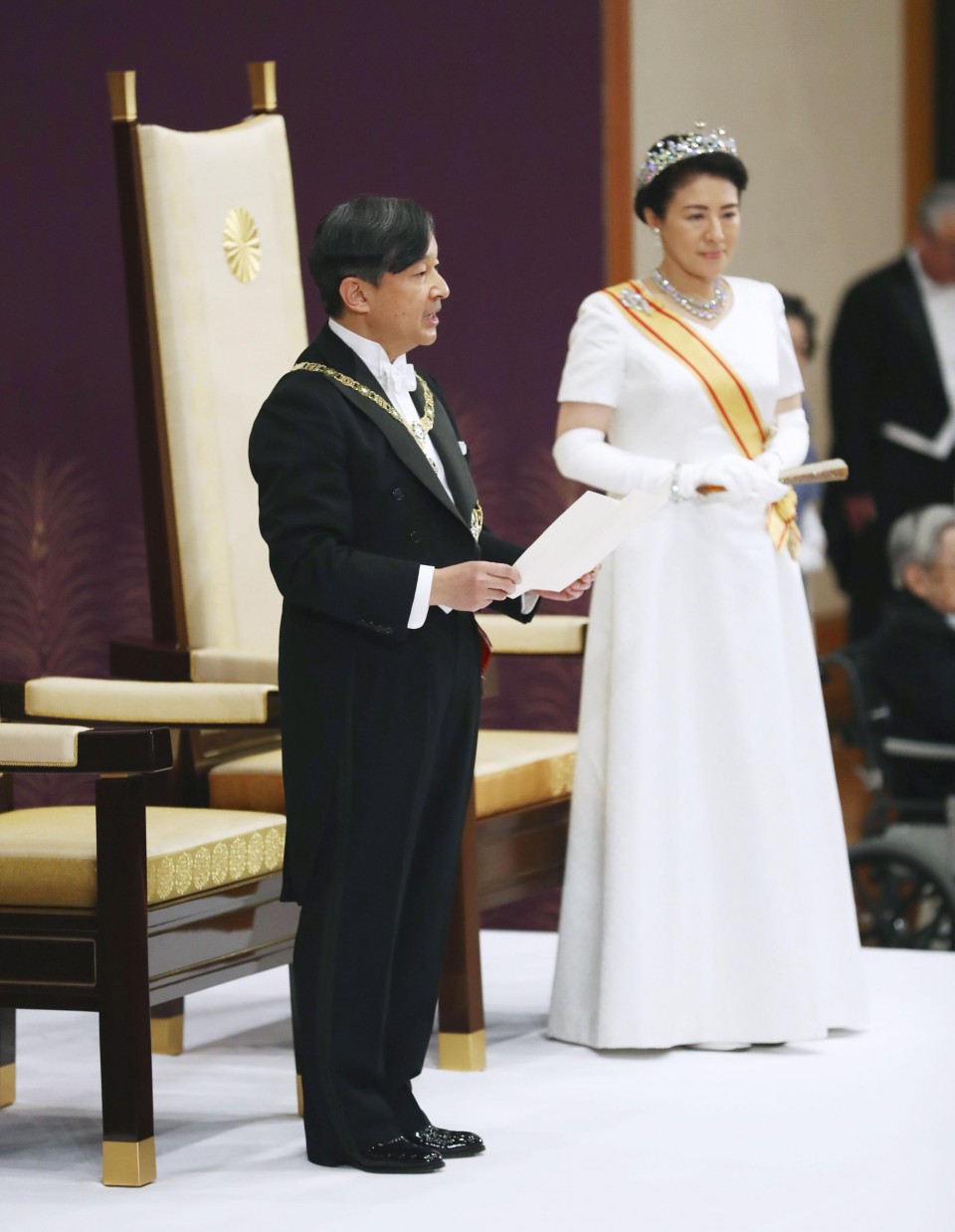