Among the sites is the Emperor Nintoku mausoleum in Osaka Prefecture, officially called Daisen Kofun. It is one of the three largest mounded tombs in the world, together with the Mausoleum of the First Qin Emperor in China and the Great Pyramid of Giza in Egypt.

Listing of the sites, collectively called Mozu-Furuichi tumulus clusters, is expected to be officially approved at a meeting in Azerbaijan from June 30 to July 10 of the World Heritage Committee of the U.N. Educational, Scientific and Cultural Organization. 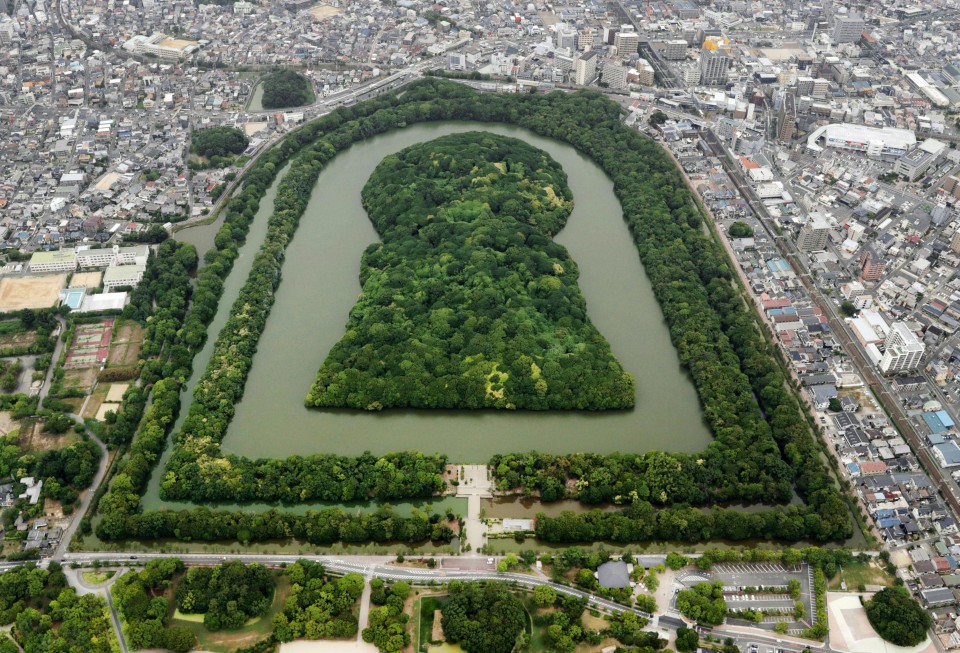 If registered, the total number of world heritage sites in Japan will increase to 23 -- 19 cultural and four natural sites.

The Japanese government has sought the listing of 49 tombs built between the late fourth and the late fifth centuries, which vary in size and shape.

The Emperor Nintoku mausoleum, which is part of the Mozu cluster in the city of Sakai, has a keyhole-shaped mound at its center, which is 486 meters in length. Its total length, comprising the surrounding moat and ramparts, is 840 meters.

Some academics have expressed doubt the tomb may have actually been the grave of Emperor Nintoku, but the site continues to be managed by the Imperial Household Agency as one of the imperial mausoleums in the country.

Approximately 10 kilometers to the east of the Mozu cluster is the Furuichi cluster, which includes the Emperor Ojin mausoleum, the second largest in Japan, with a length of 425 meters.

Local authorities first proposed the tomb clusters as a World Cultural Heritage site candidate to Japan's Agency for Cultural Affairs in September 2007. The government submitted a letter of recommendation to UNESCO to seek its listing in January last year.