Kim emphasized the necessity of boosting defense capability "to carry out combat tasks and keep full combat posture to cope with any emergency as required by the prevailing situation," the Korean Central News Agency said. 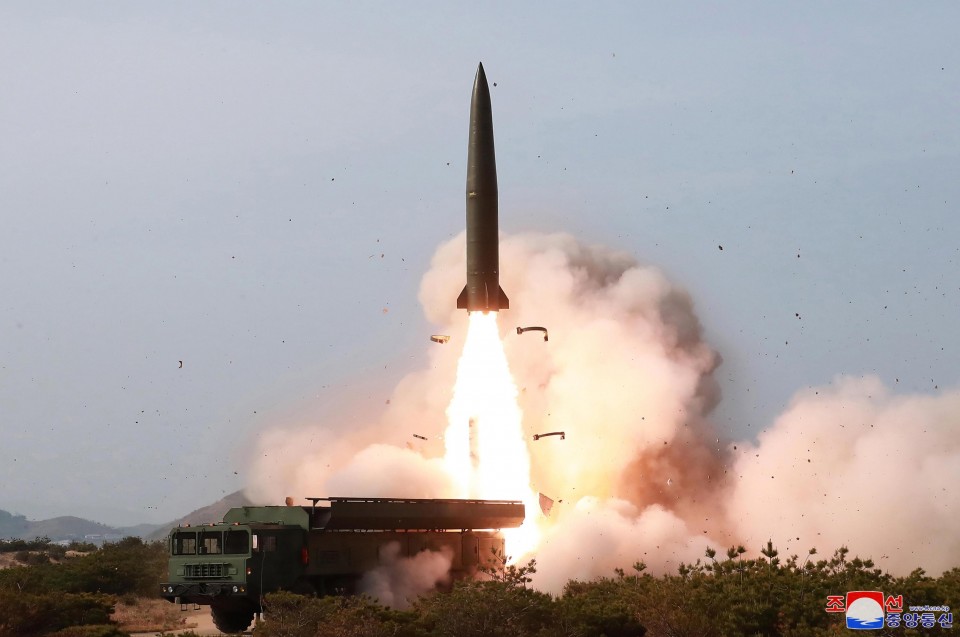 Japan protests to N. Korea over firing of ballistic missiles

"Based on our comprehensive analysis of the information, the government believes the projectiles launched by North Korea on Thursday were short-range ballistic missiles," Iwaya said, hours after the U.S. Defense Department made the same assessment.

As denuclearization negotiations have been deadlocked in the wake of the collapse of their second summit in late February, tensions between Washington and Pyongyang are likely to be rekindled, foreign affairs experts say.

The report came after South Korea's Joint Chiefs of Staff said the projectiles were fired in an easterly direction from the Kusong area of North Pyongan Province, in the northwestern part of the North, at around 4:30 p.m. on Thursday. 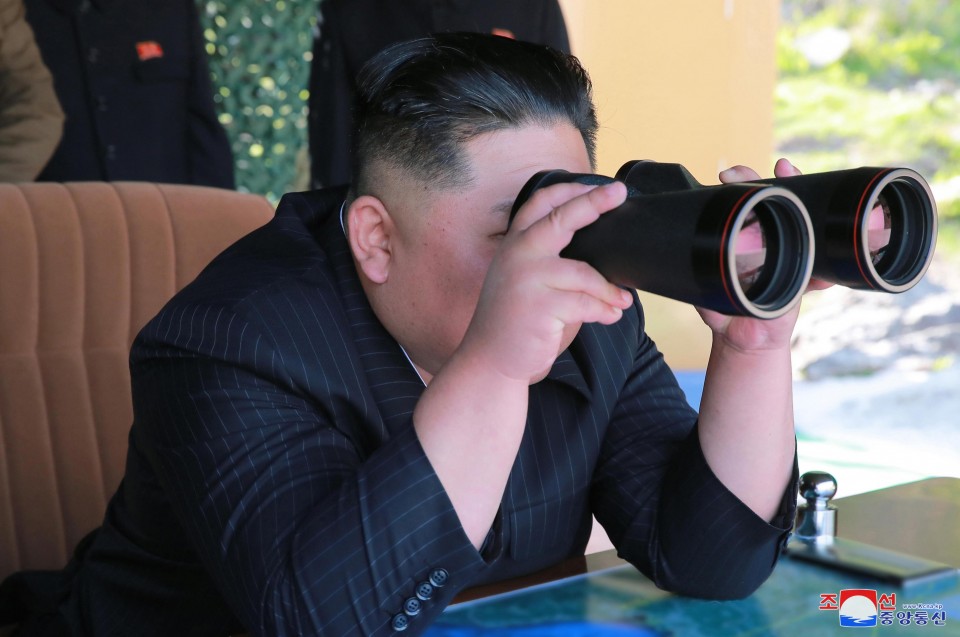 One flew about 420 kilometers and the other around 270 km, until they fell into the sea off North Korea's east coast, Seoul said.

Trump told reporters at the White House that the United States is looking "very seriously" at North Korea's latest missile launch, adding, "I don't think they're ready to negotiate."

"We're looking at it very seriously right now. They were smaller missiles, short-range missiles," Trump said. "Nobody's happy about it, but we're taking a good look and we'll see."

A senior Japanese diplomat said Tokyo will wait to see how the U.N. Security Council will respond to North Korea's move as Pyongyang is prohibited from conducting ballistic missile tests under its sanctions resolutions.

A spokesman for North Korea's Foreign Ministry, meanwhile, told KCNA on Wednesday that the recent drill is "nothing more than part of the regular military training, and it has neither targeted anyone nor led to an aggravation of situation in the region."

At their Feb. 27-28 summit in Hanoi, Kim and Trump fell short of a deal due to the gap between Washington's insistence on denuclearization and Pyongyang's demand for sanctions relief.

Kim has called for the easing of international economic sanctions designed to thwart North Korea's nuclear and ballistic missile ambitions, claiming that his country has already implemented concrete measures toward denuclearization.

The United States, however, has argued that the relaxation of the economic sanctions would require North Korea to scrap all its nuclear facilities and programs, and shows no sign of reaching a compromise with Pyongyang.

Stephen Nagy, a senior associate professor of politics at International Christian University in Tokyo, said, "Pyongyang's resumed missile testing is part of an effort to lure the United States back to the negotiating table."

While continuing to take provocative actions against Washington, Kim is expected to try to gain concessions from Trump, who wants results to tout during his re-election campaign next year, some analysts speculate.

U.S. Special Representative for North Korea Stephen Biegun told South Korean Foreign Minister Kang Kyung Wha during a meeting in Seoul on Friday that the door remains open for the North to return to denuclearization talks with the United States, the Foreign Ministry said in a statement.