In a three-page special, the New York Times introduced episodes such as a female American tutor calling Akihito, then crown prince, "Jimmy" in English classes at school in the autumn of 1946, and the prince wiping away tears when he heard then-Emperor Hirohito on the radio announcing Japan's unconditional surrender in World War II.

Citing Akihito's travels to China, Indonesia, Malaysia, Palau, the Philippines, Saipan, Singapore, Thailand and Vietnam -- all of which suffered from Japan's wartime aggression -- the paper said his delivery of a pacifist message at each stop helped improve Japan's reputation abroad, but some conservatives in the country derided the travel as an "apology tour" and argued that Japan had apologized enough.

In a dispatch from Tokyo, the Washington Post said the 85-year-old emperor "humanized the role of the emperor, once viewed as a living god, by reaching out to vulnerable members of society and victims of natural disasters, and by looking ordinary people in the eye when talking to them." 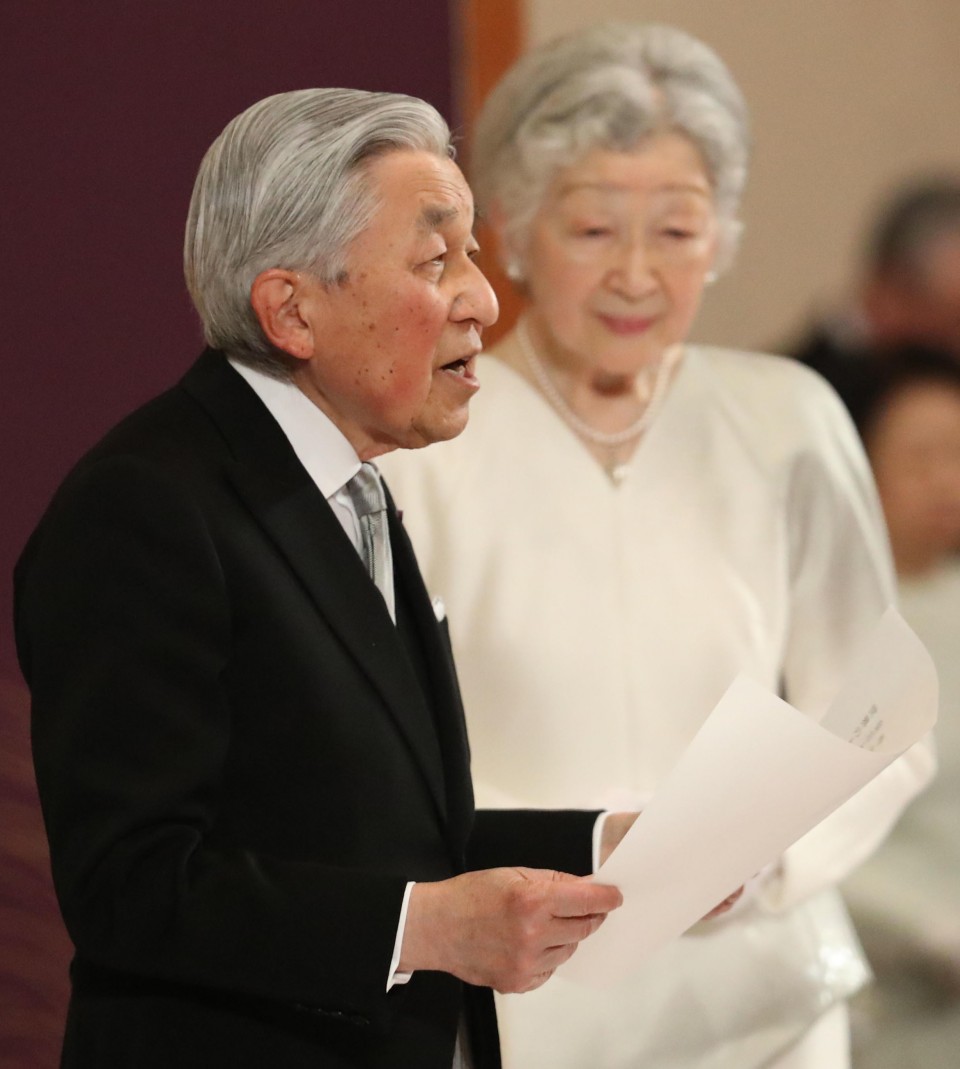 The paper, quoting experts, said the emperor encouraged Japan to acknowledge its wartime past, and that he never pandered to conservative nationalists who revere the tradition embodied in his role.

CNN ran a similar report, saying the emperor will be remembered for connecting with his public in a way that no other Japanese monarch has done and expressing "deep remorse" for the country's actions during World War II.

"The emperor has contributed more than all of Japan's prime ministers combined in advancing reconciliation," the cable broadcaster quoted Jeremy Yellen, a historian of modern Japan at Chinese University in Hong Kong, as saying.

"These efforts to restore dignity to Japan's victims (have) also helped the nation regain a dignity that remains imperiled by revisionists," Yellen was quoted as saying.

The New York Times coverage also included other episodes such as new Emperor Naruhito's encounter in 1986 with new Empress Masako, then a Foreign Ministry official, before she moved to Britain to attend the University of Oxford, an institution where he had previously studied.

CNN said the new emperor, 59, is expected to continue Emperor Akihito's legacy, and that "the challenge for Naruhito will be how to emerge from the shadow of his father and establish himself as a modern leader of Japan's ancient monarchy."

The Times' feature went on to describe the romance between Princess Mako, the eldest granddaughter of Emperor Akihito, and her boyfriend Kei Komuro. Their marriage, however, has been postponed following reports that Komuro's family is involved in a financial dispute.