Japanese Emperor Naruhito met Prime Minister Shinzo Abe on Tuesday for his first official briefing about the current situation at home and abroad since he ascended the Chrysanthemum Throne on May 1.

The content of the discussions between the emperor, the prime minister and his Cabinet ministers cannot be disclosed in accordance with an unwritten rule under a practice called "naiso."

Abe is believed to have explained spring decorations to be conferred by the emperor, according to sources close to the matter.

A photograph released by the Imperial Household Agency showed the emperor listening to Abe in a room at the Imperial Palace in Tokyo. 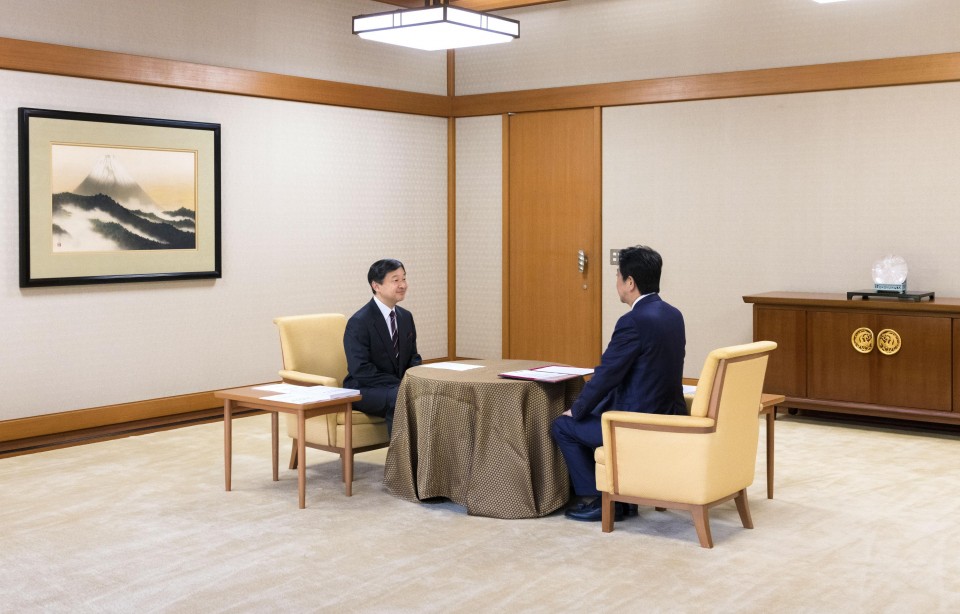 This is the first time that the agency has released a photograph of the meeting since Emperor Akihito and Abe met when the former emperor turned 80 in December 2013.

On May 1, Emperor Naruhito received a report from Chief Cabinet Secretary Yoshihide Suga.

In May 1973, the then Defense Agency chief Keikichi Masuhara, a member of the Liberal Democratic Party government of Prime Minister Kakuei Tanaka, resigned after opposition parties criticized him for revealing a remark made by Emperor Hirohito, posthumously known as Emperor Showa.

Masuhara was criticized for attempting to have Emperor Hirohito intervene in expanding the capabilities of Japan's armed forces, leading to his resignation.