The Japan Sport Council said Friday the wooden roof that is the distinctive trademark of the 2020 Tokyo Olympic Games' main venue has been completed.

The roof of the New National Stadium, which will host the opening and closing ceremonies of both the Olympics and Paralympics, had been under construction since February last year. Fitting together the domestically produced wooden components with the steel framework was considered the most difficult part of the stadium's construction.

The council said the construction of the venue designed by Japanese architect Kengo Kuma is on schedule, with completion set for the end of November. Workers have already installed some 28,000 of the 60,000 seats estimated to be used during the games.

The stadium will host athletics events at both the Olympics and Paralympics as well as the Olympic women's soccer final. 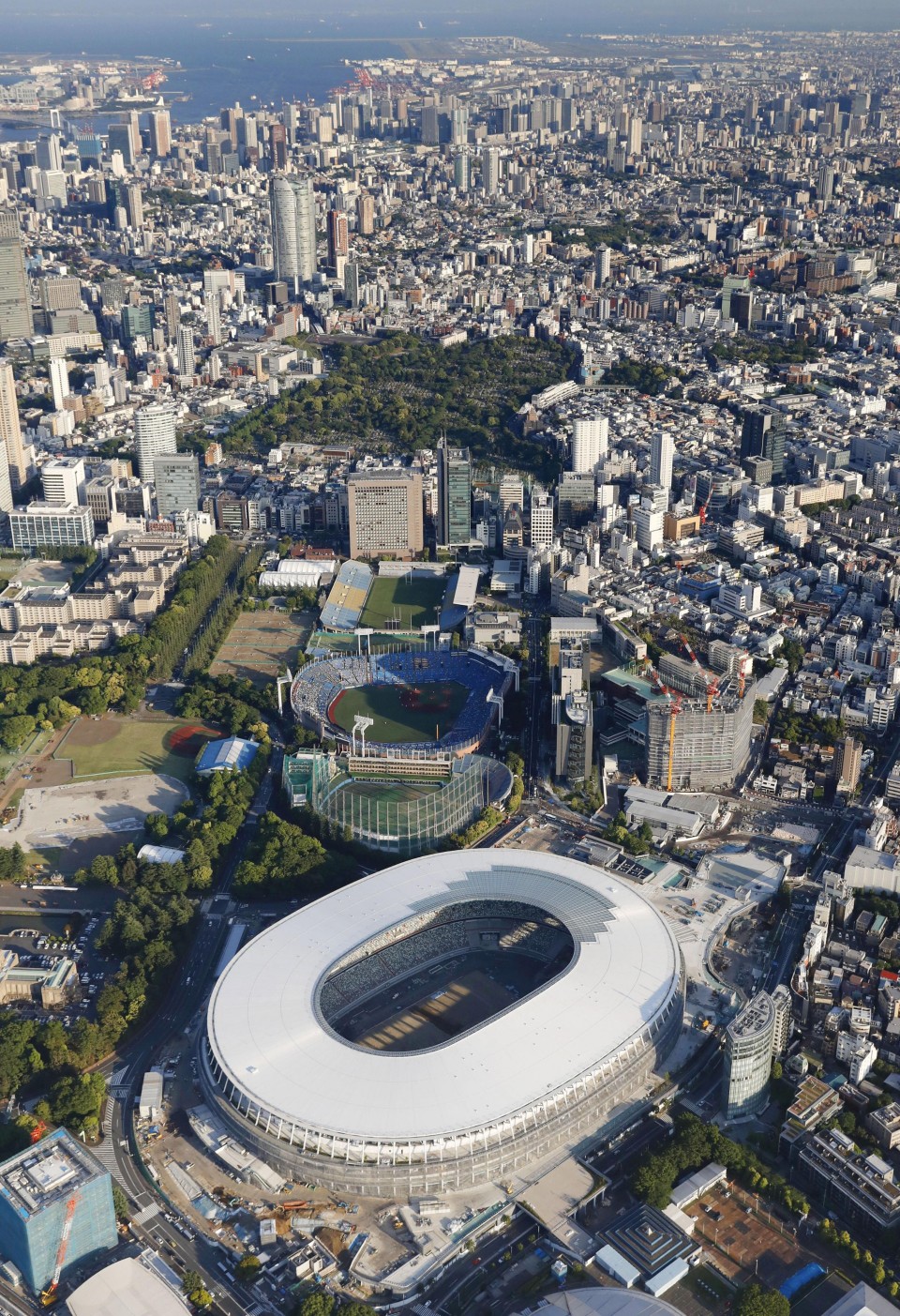