Japanese authorities raised the volcanic alert level for Mt. Hakone on Sunday and warned people not to approach the crater, as seismic activity has been increasing in the popular hot-spring resort area near Tokyo.

As the weather agency's alert level was raised to 2 on a 5-point scale for the first time since 2015, some roads were closed and ropeway operations were suspended. 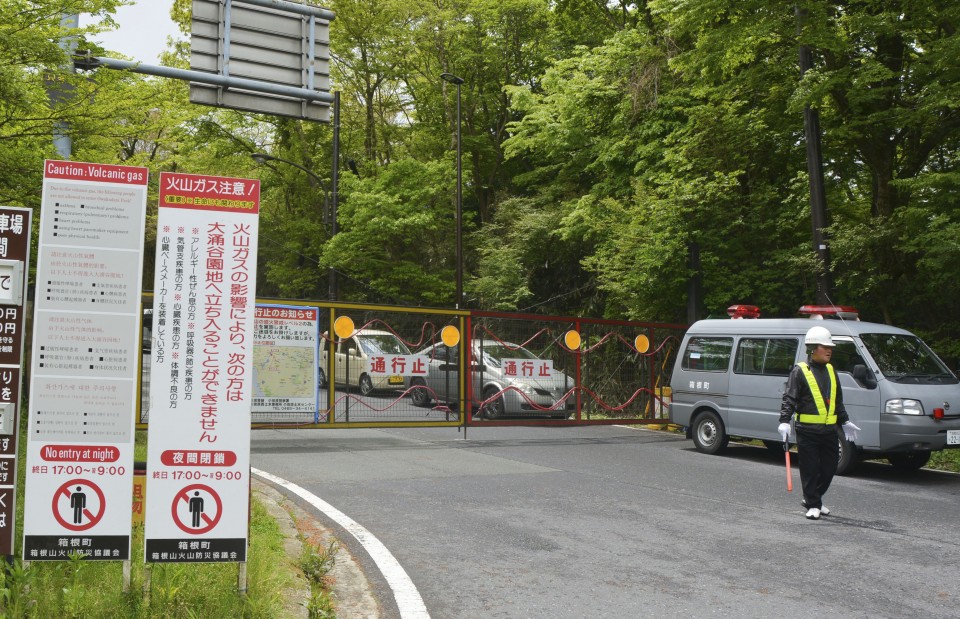 (Photo taken on May 19, 2019 shows a closed road near Mt. Hakone where the volcanic alert level has been raised.)

The Japan Meteorological Agency said it decided to raise the level from 1 after the number of volcanic earthquakes increased to 45 on Saturday, compared with zero the previous day. On Sunday, the number reached 48 as of 3 p.m.

The agency warned of a possible eruption and volcanic cinders as fumarolic activity has been intensifying in areas around Owakudani, about 80 kilometers southwest of Tokyo.

Some visitors were disappointed that a road leading to Owakudani, a famous site to observe volcanic activity, was closed.

"I wanted to go there to enjoy the scenery," said Daisuke Sasaki, a 61-year-old from Yokohama, near Tokyo. 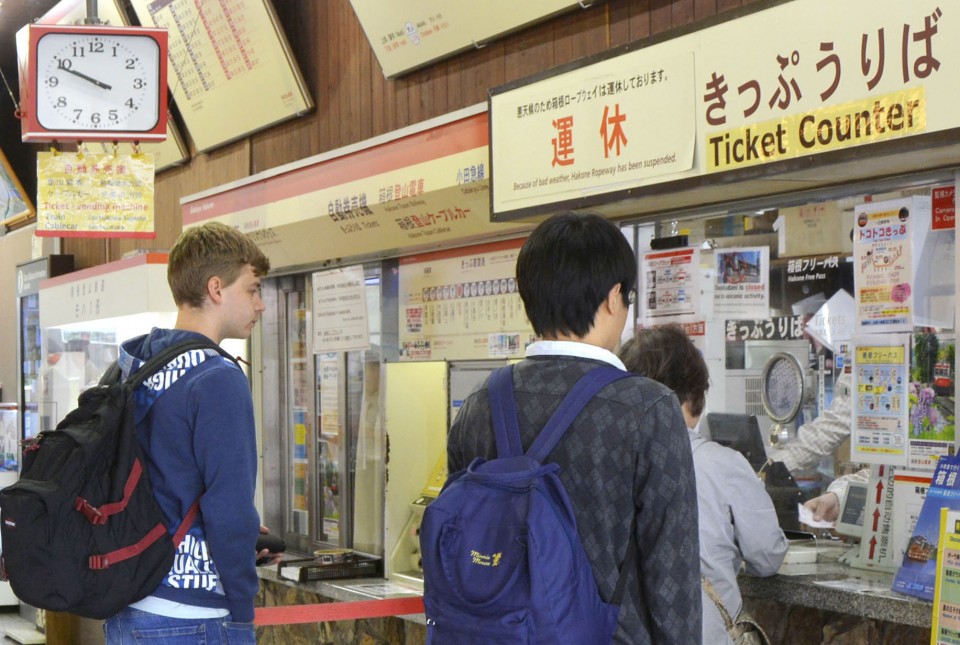 The operator of Hakone Ropeway also suspended its service running through Owakudani for Sunday.

Local people, worried that their businesses might be affected by the warning, sought to play down safety concerns.

"There have been some inquiries, but we have told them that 'It's OK,'" said Masayoshi Oki, an 81-year-old manager of a hotel in Hakone.

A 72-year-old local taxi driver also said the warning did not necessarily mean that all of the Hakone area is "dangerous."

In 2015, small eruptions occurred at the 1,438-meter mountain and the agency's alert level was raised to 2, and at one point to 3, warning people not to approach the volcano.

Prior to that, geological evidence suggests the volcano last erupted between the late 12th century and 13th century.

According to the town, the number of tourists fell by 3.8 million in 2015 from the previous year.