A gigantic box of instant noodles 1,500 times its normal size was cooked and served to hundreds of people on Sunday in Isesaki, Gunma Prefecture just north of Tokyo, breaking the Guinness World Record for the "largest instant noodles tasting event" as a total of 579 participants managed to finish the required servings of tasting samples.

About 160 kilograms of instant "yakisoba" stir-fry noodles were prepared in just minutes by pouring 480 liters of hot water over it in a 1.3-meter by 1.8-meter metallic container that resembled the package of the popular Peyoung brand. The cooked noodles totalled over 780,000 kilocalories. 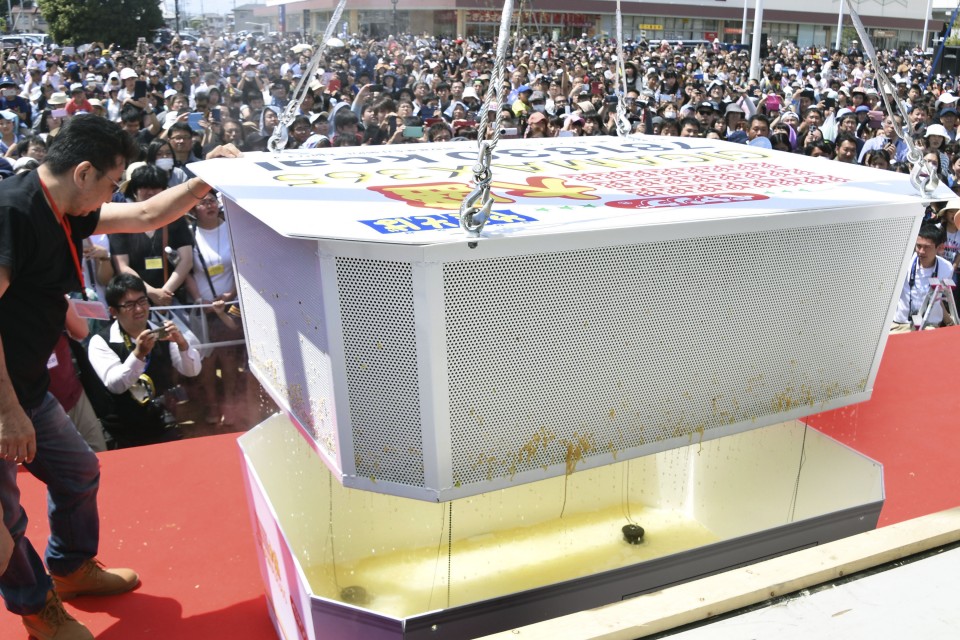 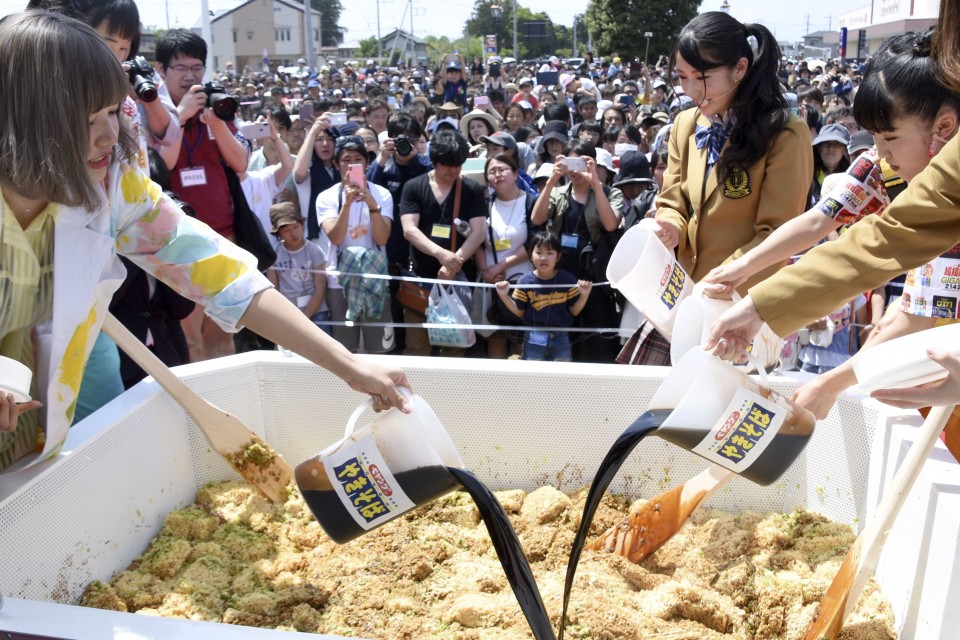 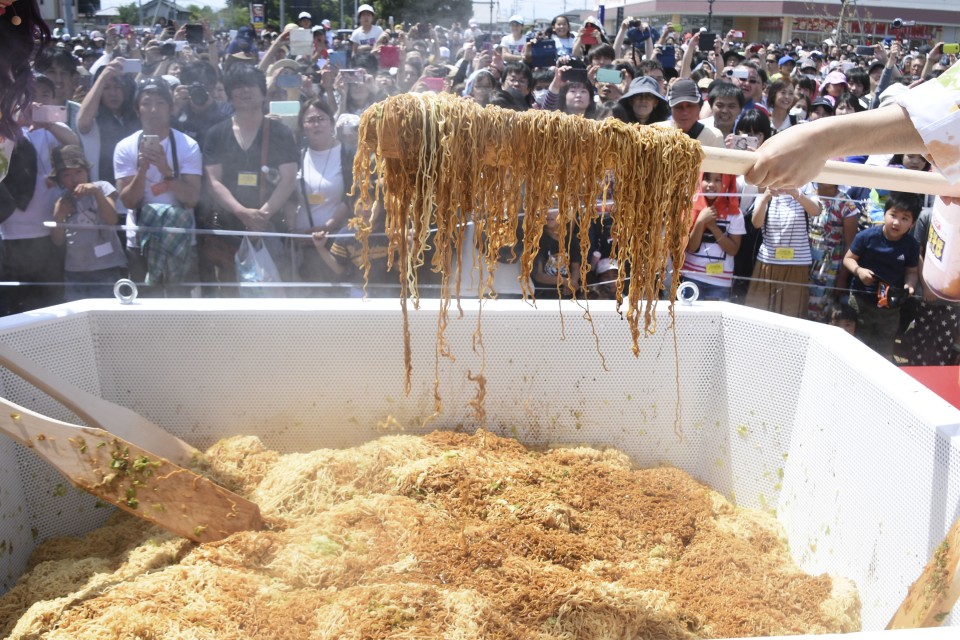 "I came for the Guinness World Record," said 15-year-old Takato Kurosawa, who came from neighboring Maebashi with some friends. "The tastiness of yakisoba sauce filled my mouth."

At the event, hosted by Isesaki-headquartered noodle maker Maruka Foods, instant noodle samples in two other flavors were also served. Coinciding with Children's Day in Japan, Sunday's event attracted over 5,000 participants in total. 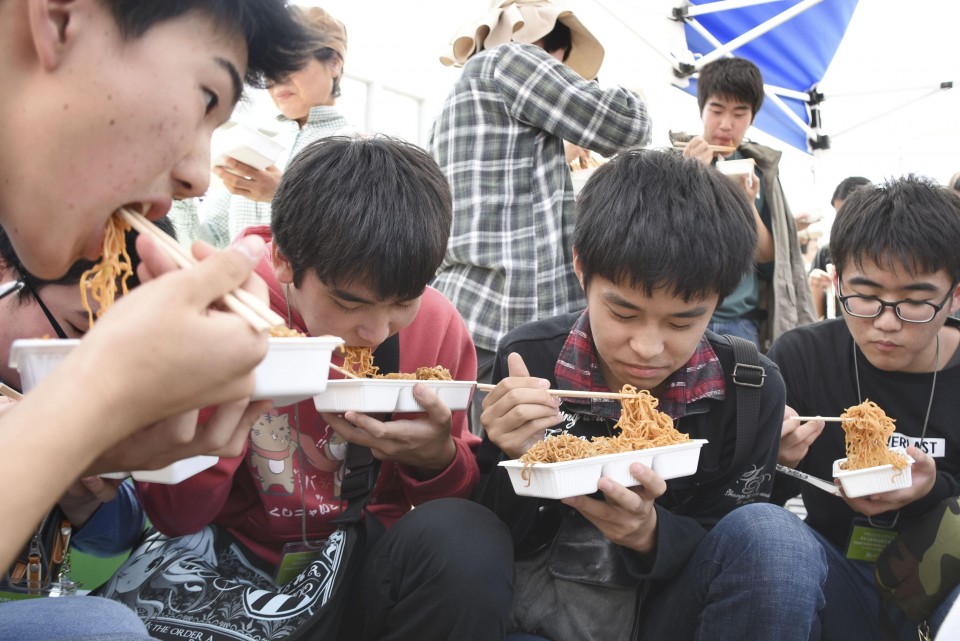 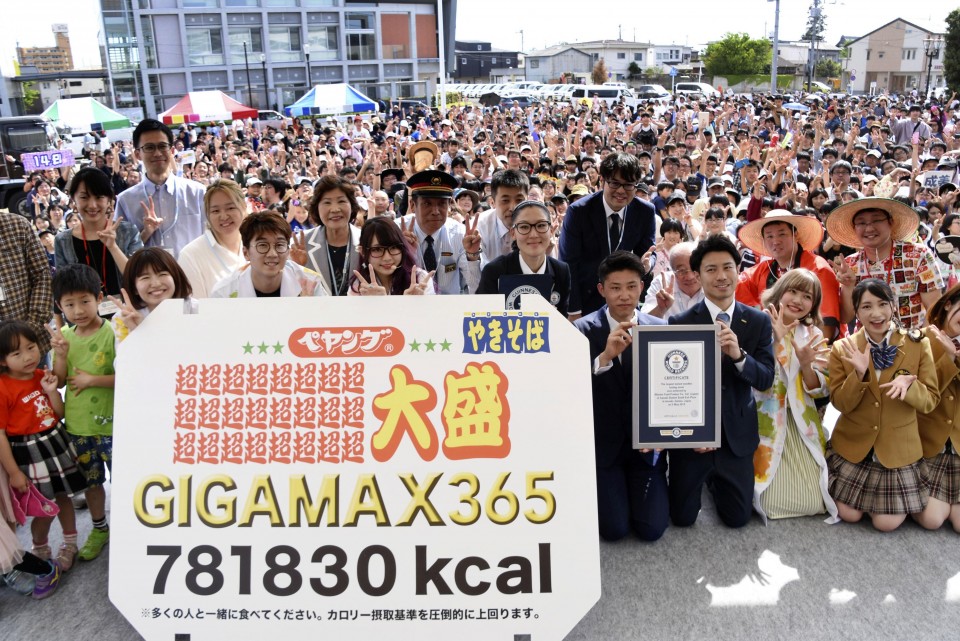 Gold tub at Japanese resort recognized by Guinness as heaviest