Stephen Biegun, U.S. special representative for North Korea, held talks on the Korean Peninsula nuclear issue with his Japanese and South Korean counterparts in Singapore on Friday, with negotiations between Washington and Pyongyang at a standstill.

The trilateral meeting was the first since North Korea fired projectiles that appeared to be short-range ballistic missiles on May 4 and May 9 in an apparent attempt to coax Washington into making concessions in denuclearization negotiations.

The three were expected to exchange views on how to pave the way for the resumption of denuclearization negotiations with Pyongyang, which have been stalled following the collapse of the second U.S.-North Korea summit in Hanoi in late February. 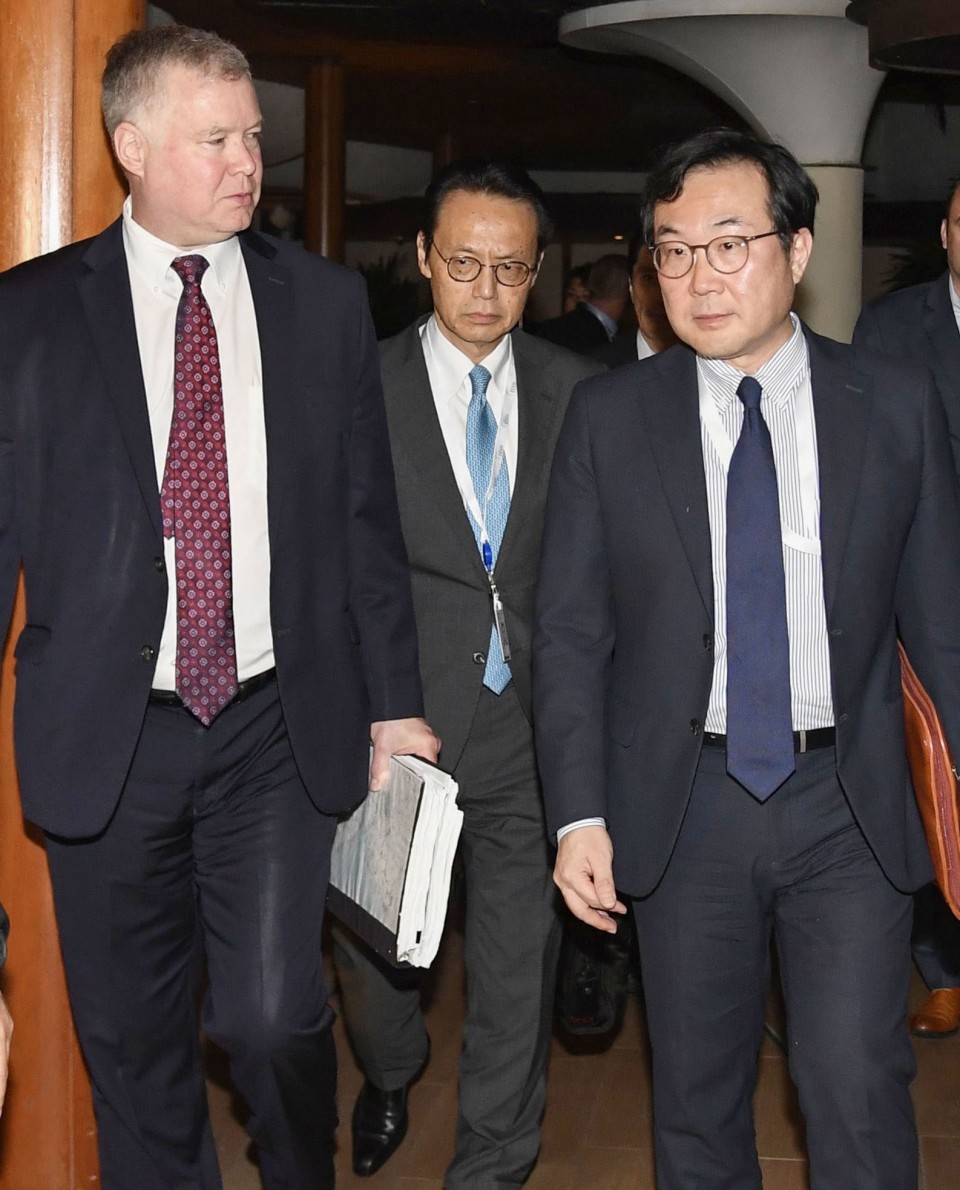 ((From L) Stephen Biegun, Kenji Kanasugi and Lee Do Hoon)

The United States is also believed to want to confirm the state of the trilateral partnership given strains in Japan-South Korea ties. Relations between the two East Asian neighbors have deteriorated over a series of disputes based on differing interpretations of thorny issues related to wartime history.

In Singapore, the Asia Security Summit, known as the Shangri-La Dialogue, is scheduled to take place for three days through Sunday.

As for Pyongyang's recent missile launches, U.S. President Donald Trump tweeted earlier this month that North Korea fired off "some small weapons, which disturbed some of my people, and others, but not me," indicating Washington is taking a wait-and-see attitude.