Plans are in place to increase water levels in reservoirs serving Tokyo and surrounding areas in a bid to meet demand during the 2020 Tokyo Olympic and Paralympic games.

With over 10 million people expected to arrive for the games, the central government and seven prefectures including Tokyo will this summer check if increasing water reserves at seven dams in eastern Japan will be enough to avoid water shortages in hotels, restaurants and sports venues without cutting supplies to local industries and residents.

Operators of the seven dams on the Tone River, the Sagami River and the Arakawa River will examine how far they can increase water without posing a risk of flooding, officials said. 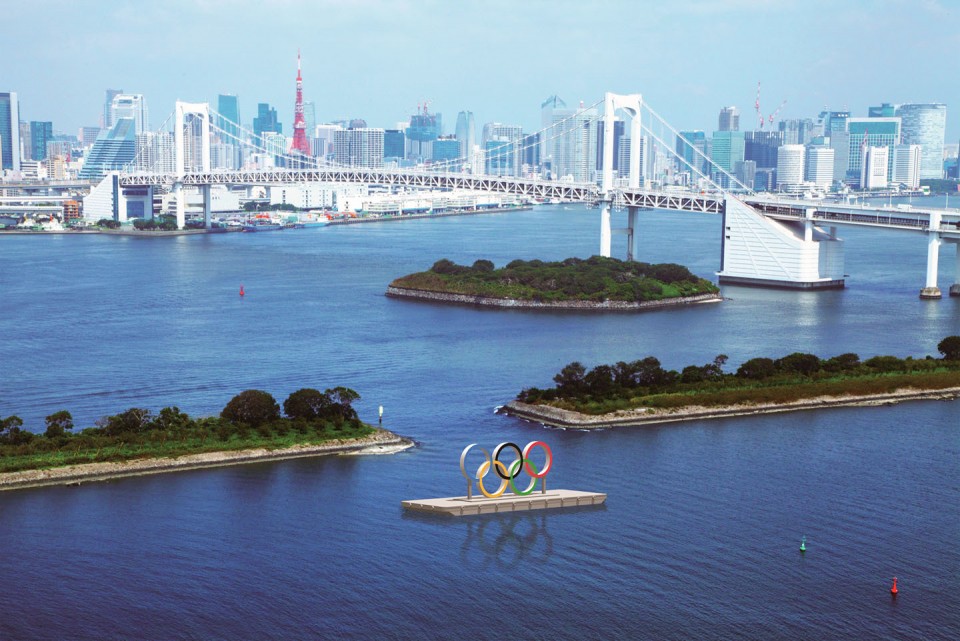 (Composite image shows a monument of the Olympic rings in Odaiba, Tokyo Bay)[Photo courtesy of the Tokyo metropolitan government]

Tokyo and surrounding areas suffered an "Olympic drought" prior to the 1964 Tokyo Olympics as low rainfall led to prolonged water supply restrictions.

Japan's Self-Defense Forces and U.S. troops based in the country provided emergency water supplies to help avert the crisis. Supply restrictions were lifted just before the Olympics that began in October 1964.

Although the amount of reservoir water has increased by nearly six times since then, the country wants to prepare for a worst-case scenario.

According to the Ministry of Land, Infrastructure, Transport and Tourism, the amount of usable water in Tokyo can be increased by 1.2 times if all measures are taken.

If there is a shortage regardless of the measures taken, the prefectures may request water from hydroelectric dams operated by the Tokyo Electric Power Company Holdings Inc., the officials said.

"We will take all possible measures to ensure a successful Olympics without affecting the everyday lives of local residents," an official of the ministry of infrastructure said.