North Korean Ambassador to the United Nations Kim Song on Tuesday lambasted the seizure of one of its cargo ships by the United States as an act borne of "hostile" policy toward the reclusive country.

"We are condemning in strongest terms this act of dispossessing of our cargo ship because this instance is only product of extreme hostile policy of the United States against DPRK," he told reporters at U.N. headquarters. DPRK stands for the Democratic People's Republic of Korea, North Korea's official name.

In carrying out the ship's seizure on the basis of unilateral sanctions and domestic law, the United States "violated principles recognized universally worldwide" against the exercise of national jurisdiction abroad, the envoy said. North Korea also rejects the U.N. Security Council's sanctions measures the vessel was allegedly involved in violating. 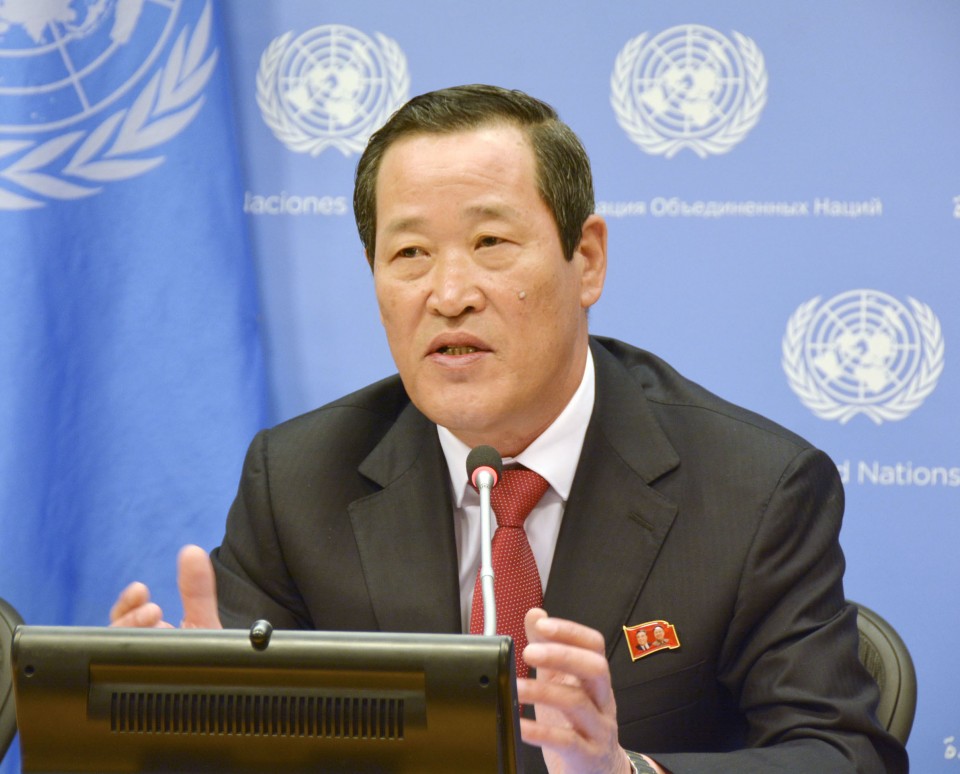 "The United States should deliberate and think over the consequences its outrageous acts might have on the future development," he added. "Also, the United States must return our cargo ship without delay."

Stopping short of an ultimatum or direct statement on future bilateral negotiations, Kim said that "everything depends on the United States" and his country will "carefully watch" Washington's next moves.

The remarks came after a North Korean foreign ministry spokesman on May 14 condemned the seizure of the Wise Honest, saying the action is "an outright denial of the underlying spirit" of the deal reached by U.S. President Donald Trump and North Korean leader Kim Jong Un at their summit in Singapore on June 12 last year.

Japan protests to N. Korea over firing of ballistic missiles

Kim Song sent a letter three days later to U.N. Secretary General Antonio Guterres protesting the seizure, requesting that Guterres take "urgent measures as a way of contributing to the stability of the Korean peninsula and proving the impartiality of the U.N."

The U.S. Justice Department said earlier this month that Washington had for the first time seized a North Korean cargo ship for exporting coal in violation of U.N. and U.S. sanctions.

It says the ship was used to illicitly ship coal from North Korea to foreign purchasers and deliver heavy machinery to the country, helping expand Pyongyang's capabilities and continuing the cycle of sanctions evasion.

The vessel -- a 17,061-ton, single-hull bulk carrier, one of North Korea's largest -- was detained by Indonesia's maritime authorities in April 2018 and is currently in the custody of the United States, according to the department and a U.S. official.

The spat over the ship threatens to further heighten tensions between the two nations, especially at a time when U.S.-North Korea denuclearization negotiations remain stalled and Pyongyang has recently tested short-range missiles.

At their first summit, Trump and Kim Jong Un pledged to forge new relations between the two countries, with the United States agreeing to provide security guarantees to North Korea in return for the "complete denuclearization" of the Korean Peninsula.

A second summit, which took place in February in Hanoi, ended without agreement as Washington held firm to its demands for denuclearization and Pyongyang insisted on greater sanctions relief.