Ryoya Ogawa and Takefusa Kubo scored second-half goals as FC Tokyo remained unbeaten atop the J-League first division with a 2-0 win over Consadole Sapporo on Saturday.

The only J-League side without a loss, Kenta Hasegawa's men gave another impressive performance at Ajinomoto Stadium to secure a fifth straight J1 clean sheet and end Consadole's unbeaten run at five.

Ogawa capitalized on a defensive mistake to put the hosts ahead in the 59th minute before 17-year-old star Kubo doubled the lead with a confident finish 10 minutes later. 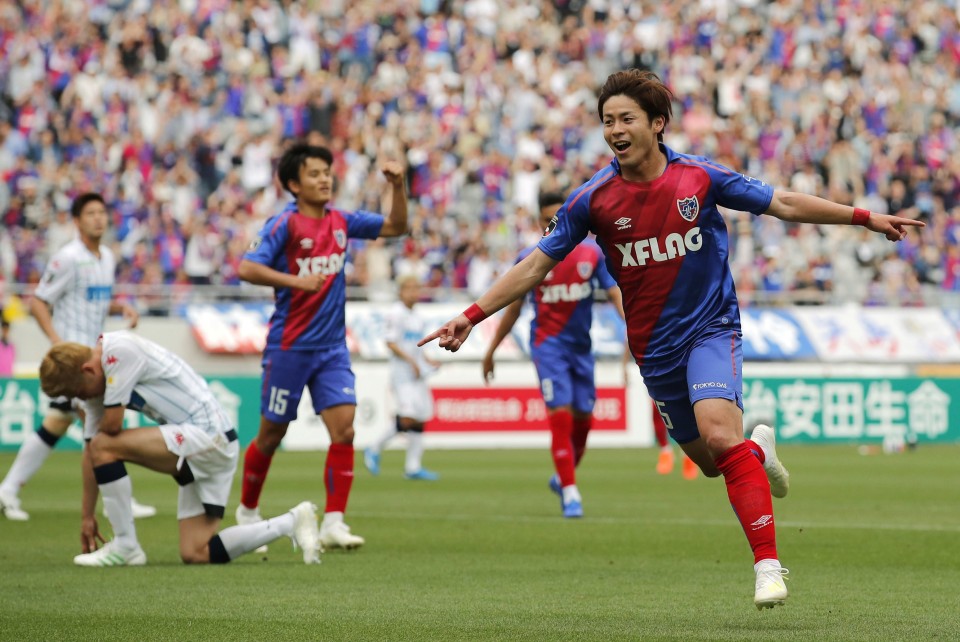 "All of the players gave a great performance," Hasegawa said. "They stuck with it right until the end."

The South Korean glove-man stopped Kensuke Nagai twice in quick succession, the second time dispossessing the striker one-on-one as he made a breakaway run into the box.

Ogawa struck following a blunder by Consadole in their own area. After tackling Kubo just inside the box, defender Kim Min Tae played an awkward pass to Hiroki Miyazawa, who gifted the ball to Ogawa with a miscued clearance. The FC Tokyo wing-back stroked home the winner with his left boot from the edge of the area.

Musashi Suzuki had a chance to equalize soon after the restart, running onto a ball over the top from Thai playmaker Chanathip Songkrasin. But the Japan forward sent his shot high after being pressured from behind by Ogawa.

Kubo found the net for the second game running as FC Tokyo hit quickly on the counterattack. After receiving a through-ball from Diego Oliveira, the teenage playmaker gathered and finished impressively with his left foot from the right of the area. Gu will feel he should have saved the shot after getting a hand on the ball. 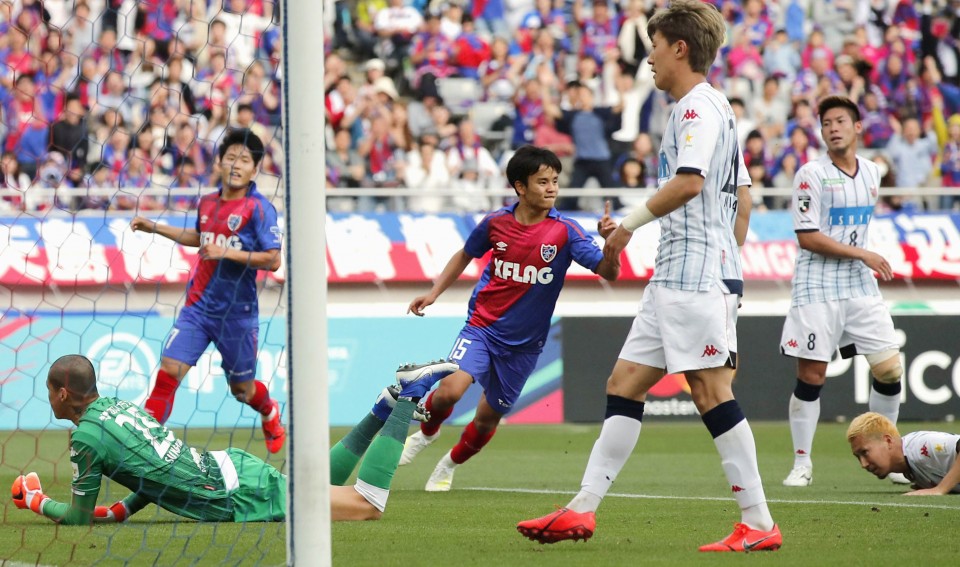 Oita Trinita and Shimizu S-Pulse drew 1-1 at Showa Denko Dome, with Tomoki Iwata equalizing in the second half for the hosts to cancel out Douglas' first-half opener.