Preparations heating up in Kumagaya ahead of Rugby World Cup

One of Japan's warmest cities has installed a large sign indicating the daily temperature as it prepares to host 2019 Rugby World Cup matches in sweltering September and October heat.

The 4-meter-high sign, with exact temperature figures and a representation of a thermometer, was set up on Tuesday, as is done every year, in front of a department store in the Saitama Prefecture city that in July last year hit a Japan-record high of 41.1 C. The sign has bold lettering saying the "siege of Kumagaya's summer." 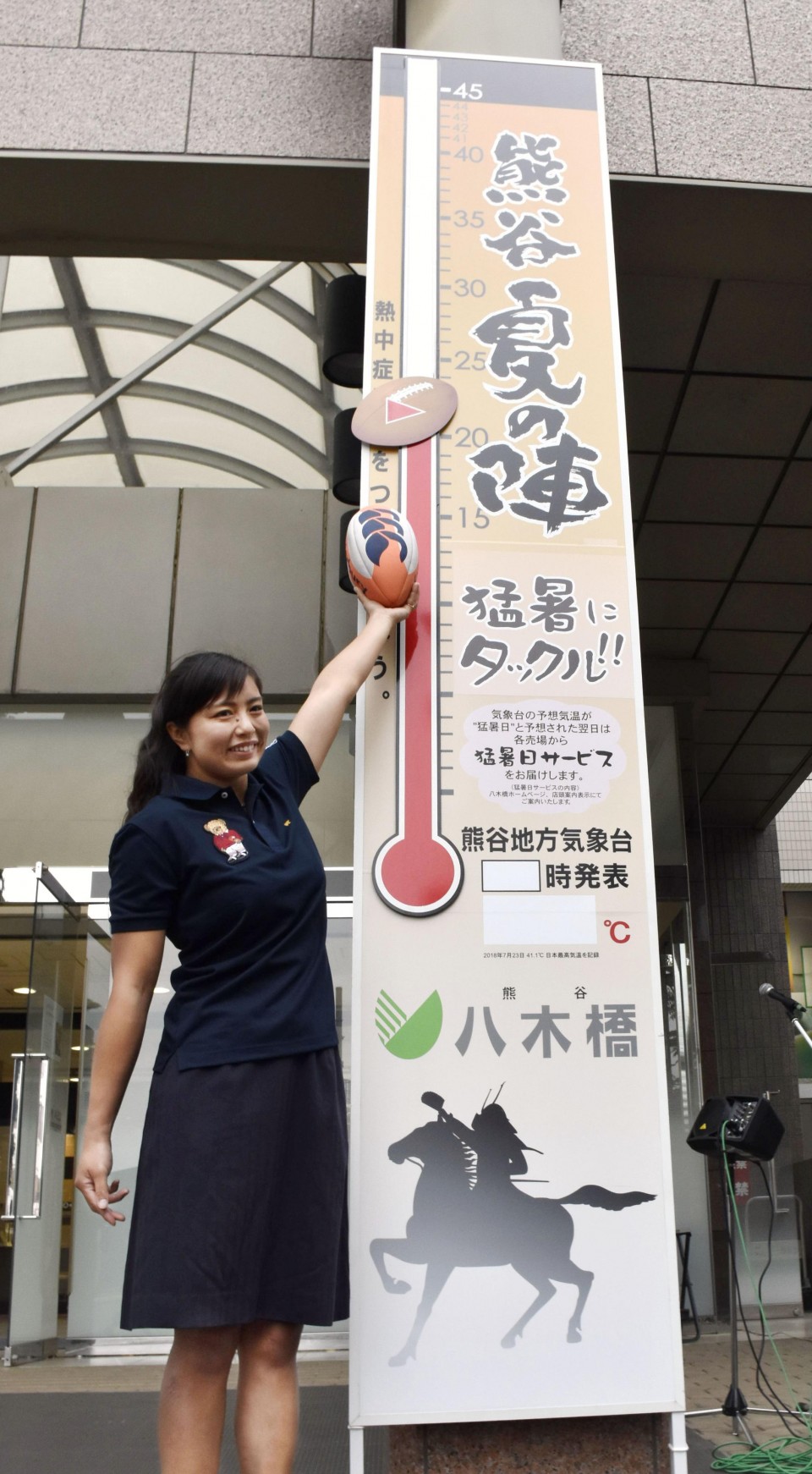 The city also added the title "tackle the intense heat!!" referring to the World Cup, as it tries to raise awareness of heat-related illnesses for people visiting for the quadrennial rugby tournament that starts Sept. 20.

A clerk from the department store will update the temperature twice every day, at 11 a.m. and 2 p.m., based on information from the Kumagaya Meteorological Office.

"Lots of people will visit Kumagaya this year due to the Rugby World Cup," Hisae Kitamura, a 65-year-old city official, said. "I want people to have a good time by keeping themselves hydrated and avoid direct sun by wearing a cap."

The previous record of 41.0 C was recorded in Shimanto, Kochi Prefecture, in western Japan, in August 2013.

Kumagaya will host three matches, Russia vs Samoa on Sept. 24, Georgia vs Uruguay on Sept. 29 and Argentina vs the United States on Oct. 9.