The governor of Yamanashi Prefecture said Wednesday he will draw up in two years a railway plan to connect the bottom and the fifth station of Mt. Fuji, Japan's highest mountain.

Gov. Kotaro Nagasaki, who was elected in January, said he will set up a panel of experts, possibly in late June, to study the details of the plan including the route and also its impact on the economy and environment.

Railway plans on the 3,776-meter volcanic mountain emerged in the past but never materialized, partly due to concerns about the potential environmental impact caused by construction. At present, visitors can only get to the fifth station by bus or private car. 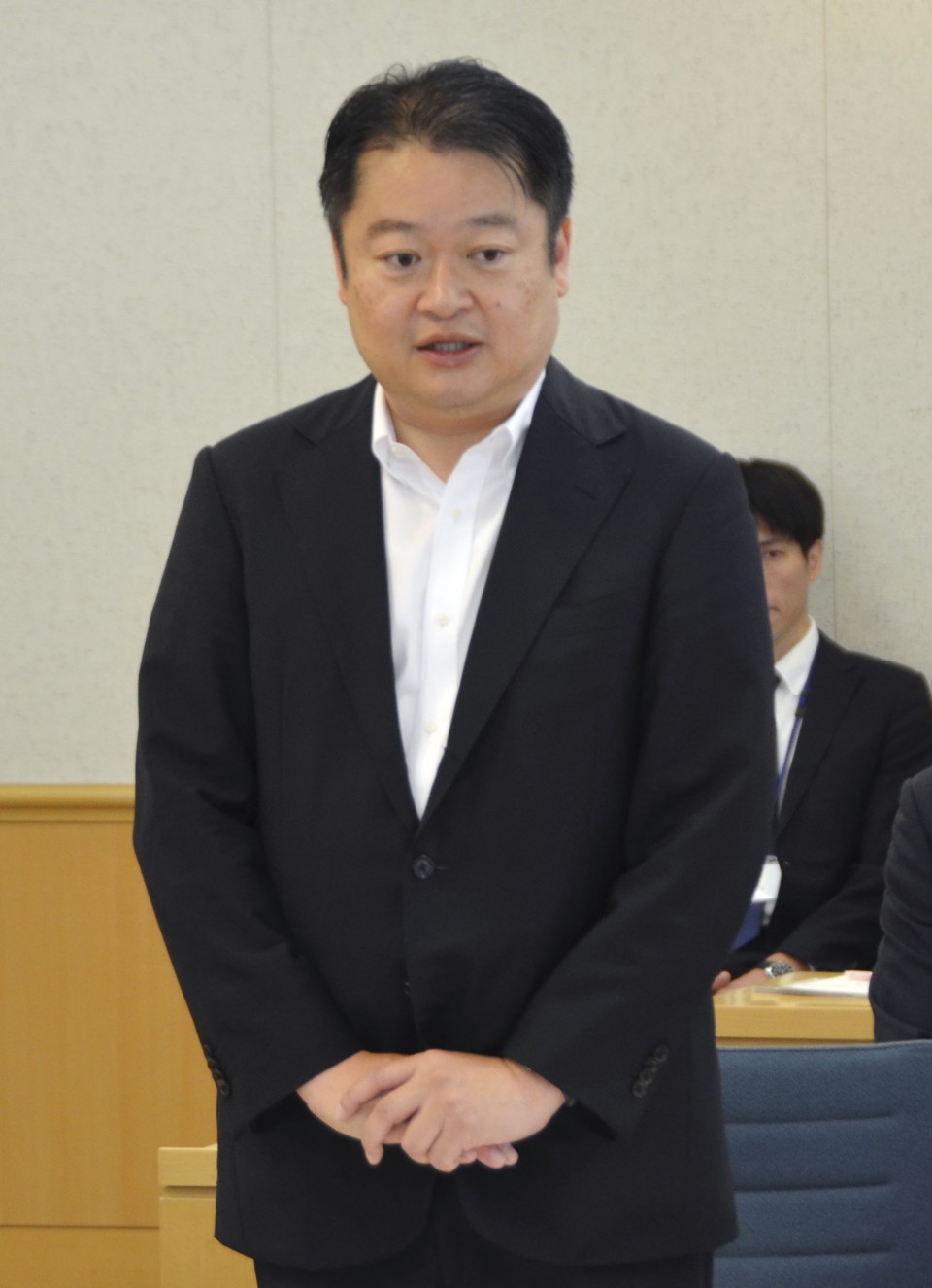 (Gov. Kotaro Nagasaki at a meeting on the Mt. Fuji railway plan.)

"I pledged to build a railway on Mt. Fuji during the election campaign (in January) and the idea won wide public support. I will do my best to carry out my promise," Nagasaki said after a meeting on the plan was held in Tokyo.

In the meeting attended by Masanori Aoyagi, former head of the Cultural Affairs Agency, Toshitsugu Fujii, volcanologist and professor emeritus at the University of Tokyo, and others, many participants supported the idea saying it would be convenient to use the train to evacuate many people in case of a volcanic eruption.

Nagasaki had said in his election pledge the railway project would help conserve the environment and increase tourists during the winter season. Proponents of the plan say by using the train carbon dioxide emissions from vehicles can be reduced.

In 2013, Mt. Fuji was designated as a World Cultural Heritage site of the U.N. Educational, Scientific and Culture Organization as an "object of pilgrimages" that has "inspired artists and poets."