A pet store in the southwestern Japan city of Nagasaki is pitching dog food that features local specialties such as champon noodles and castella sponge cake.

"Nagasaki Wan Champon" can be cooked in 3 minutes by pouring boiling water into a cup containing noodles made of arrowroot powder, cabbage, carrots, and chicken breast strips. All of the ingredients are domestically made and no seasonings or additives are used. 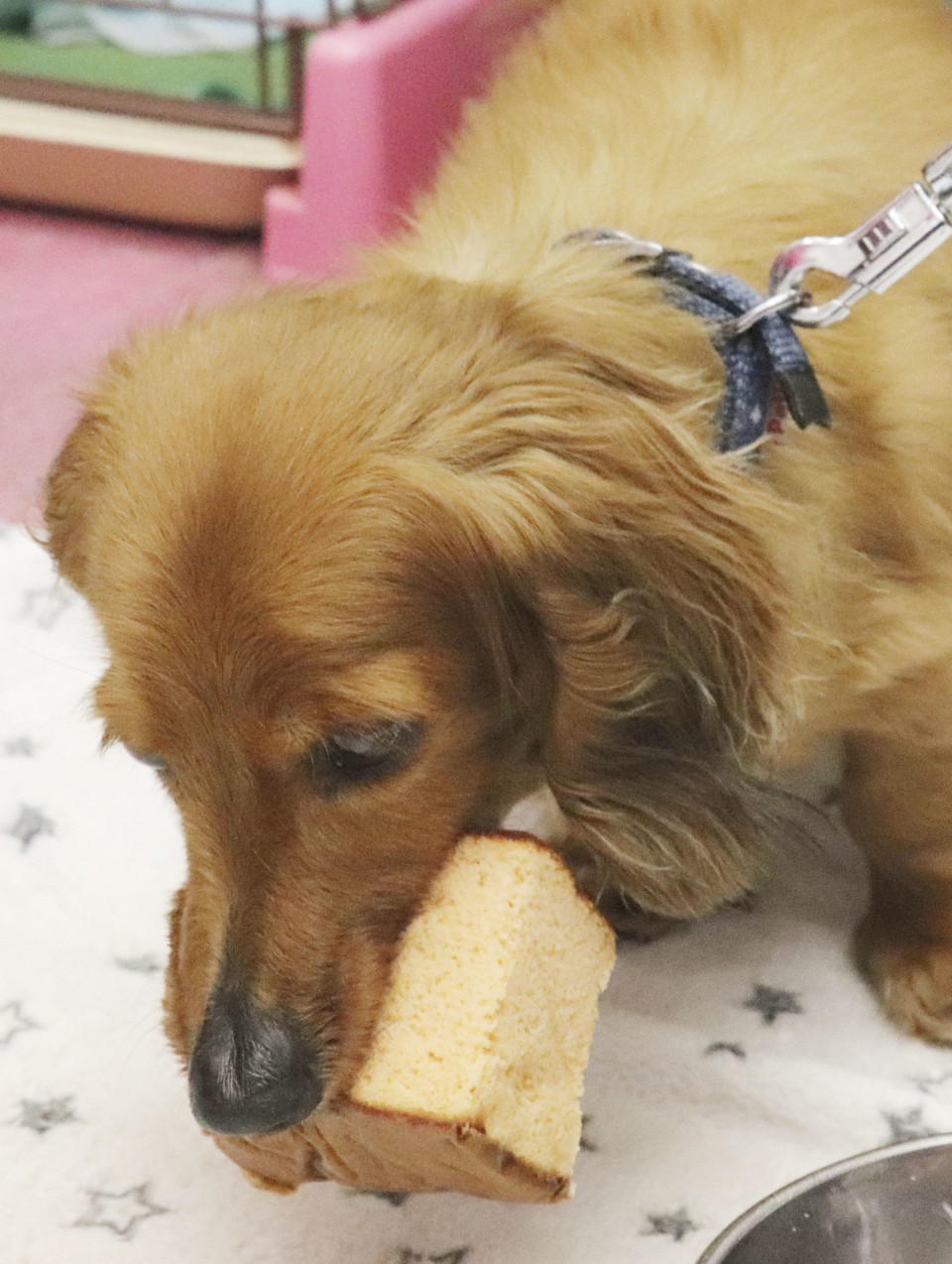 Itsuko Takami, the 63-year-old pet store owner, began selling the champon about 10 years ago, after hearing from customers who were worried their pets did not eat ordinary pet food.

"I came up with the idea of making local dishes that use various ingredients for dogs," she said.

Around the same time, she also made "Nagasaki Oinu Castella," which uses as little sugar as possible, believing that there is a demand for souvenirs for pets as the city attracts many tourists from in and outside the country. 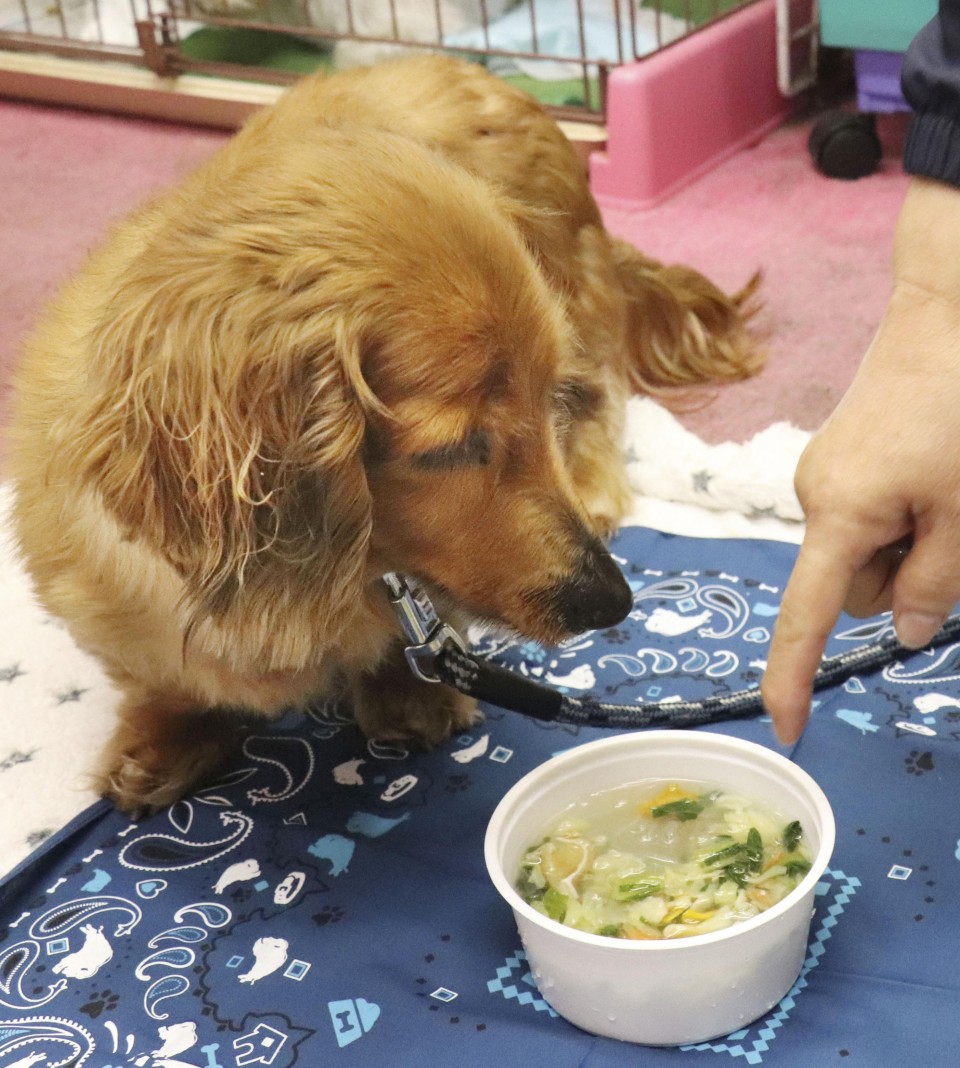 The sponge cakes for dogs are hand-baked by local artisans, and sales are increasing. About 10,000 cakes were sold last year, she said.

Both products are on sale at souvenir shops in Nagasaki Prefecture, such as those in JR Nagasaki Station and the Huis Ten Bosch theme park. The suggested retail price is 594 yen ($5) for a 30-gram serving of champon, which can also be consumed by cats, and 950 yen for a 280gram sponge cake.