The western city of Wakayama saw a May record 55.5 millimeters of rain per hour in the early morning, while central areas of Tokyo and Nagoya, respectively, recorded 13.5 mm per hour and 23 mm per hour.

Fukushima Prefecture and the local weather observatory warned people in the city of Iwaki against possible mudslides in the afternoon. 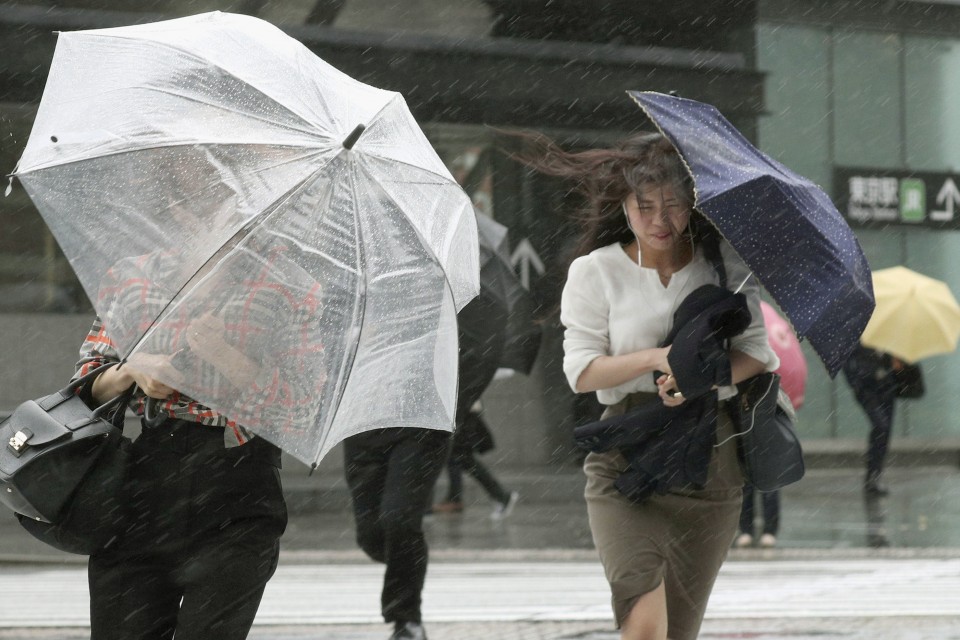 Trains in the Kanto region covering the Tokyo metropolitan area were delayed or suspended, and a ferry service in Tokyo Bay was cancelled.

The city of Hamamatsu in Shizuoka Prefecture advised some residents to evacuate in the morning as river levels rose, but it later lifted the advisory.

The Japan Meteorological Agency said a cold weather front passing Honshu, and an inflow of warm and humid air mass brought the heavy rain. It also warned of high waves, strong winds, lightning and tornados along the Pacific coast of eastern Japan.

The agency expects 180 mm of rain in the 24 hours through 6 a.m. Wednesday in parts of Kanto, the Izu island chain off Tokyo, and the Tokai region that includes Shizuoka.