The following is a chronology of major violent rampage cases with multiple victims in Japan.

Sept. 29 -- Man kills five people and injures 10 after driving a car into a crowd at JR Shimonoseki Station in Yamaguchi Prefecture before stabbing passersby.

March 23, 2008 -- Man stabs pedestrians with a knife near a shopping mall in Tsuchiura, Ibaraki Prefecture, leaving one man dead and seven others injured.

June 8 -- Man kills seven people and wounds 10 after mowing down pedestrians with a truck in a vehicle-free zone before going on a stabbing spree with a knife in Tokyo's Akihabara district.

June 22, 2010 -- Former temporary worker of automaker Mazda Motor Corp. hits employees with a car at a plant in Hiroshima Prefecture, leaving one man dead and 11 wounded. 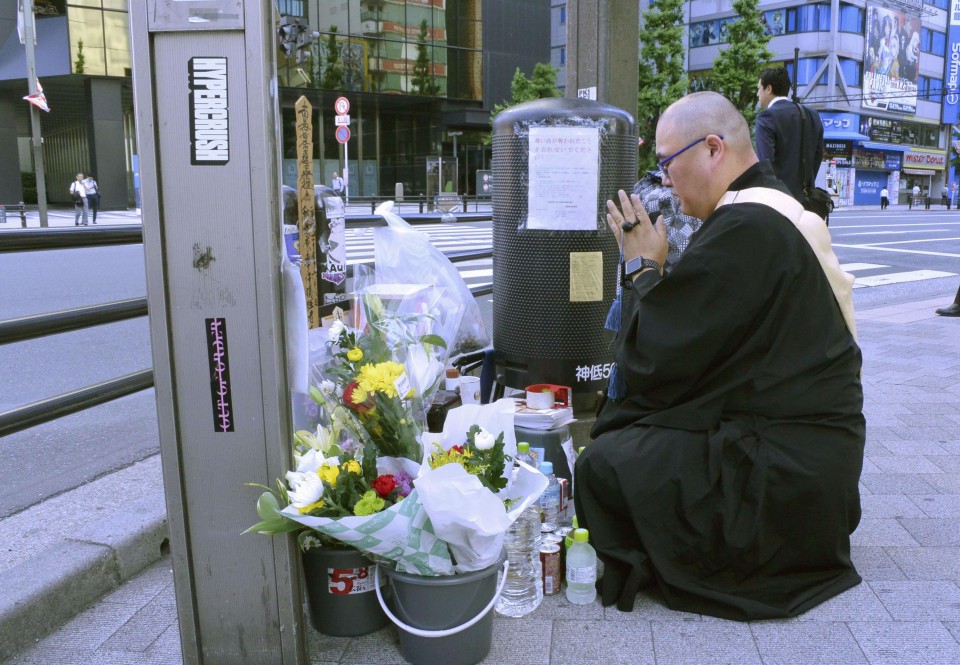