North Korea has criticized Abe for using the issue of Japanese nationals abducted by the country's agents "for political purposes," but Kim might try to get closer to Japan, a U.S. ally, as talks with U.S. President Donald Trump are deadlocked, the sources said.

In early March, the Rodong Sinmun, Pyongyang's most influential newspaper, attributed the collapse of the second U.S.-North Korea summit in February in Hanoi to Abe's having asked Trump to raise the abduction issue at the meeting.

"Japan committed too much crime to be dealt with by the DPRK and nothing can gain from the dwarfs clinging to the coattail of the U.S.," the mouthpiece of the ruling Workers' Party said, using the acronym for North Korea's formal name, the Democratic People's Republic of Korea.

"Japan must not dream of dealing with the DPRK unless it clears itself of all the black-hearted intention and makes full reparation for its past crimes and drops ambition for becoming a military giant," it added. 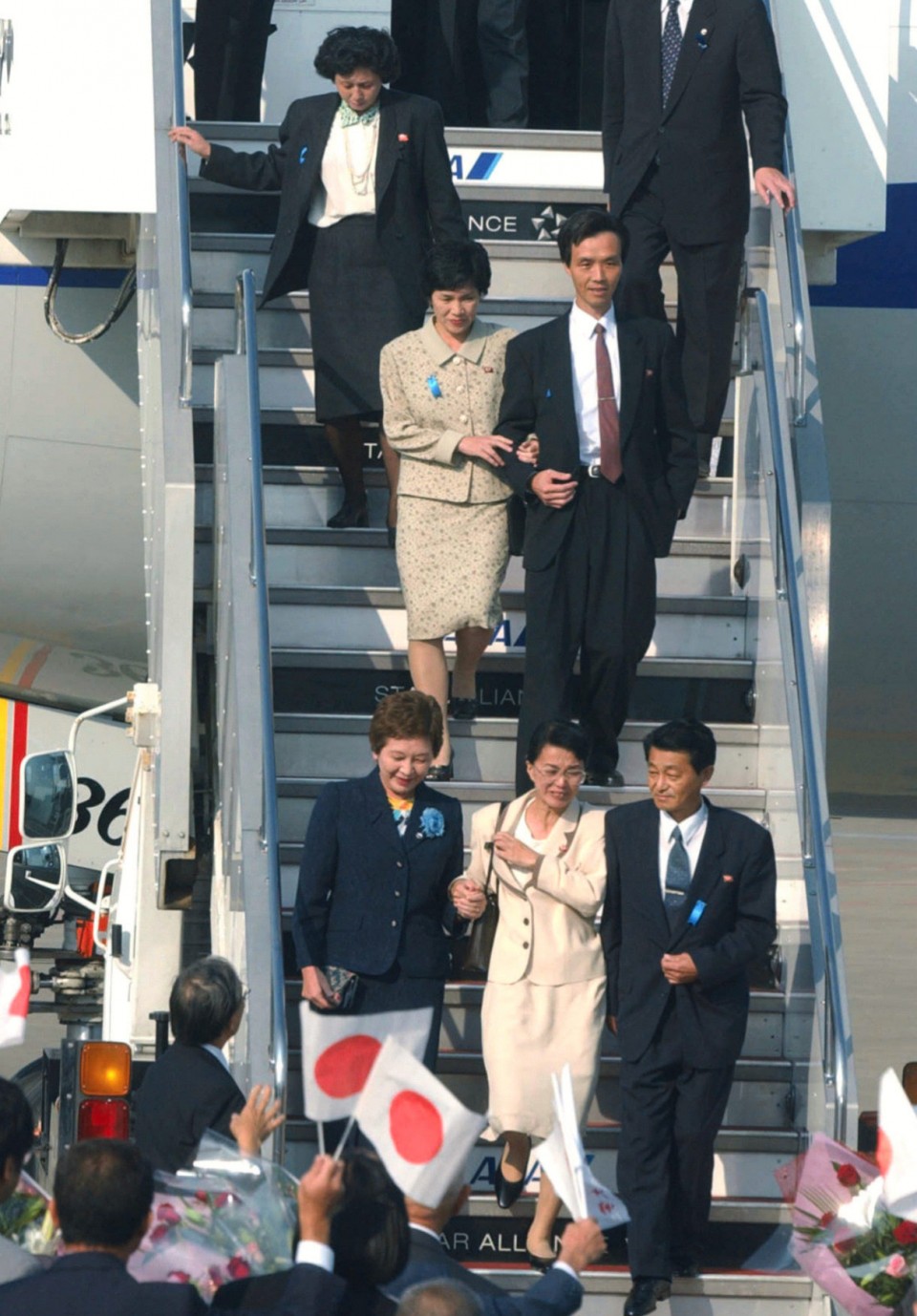 A North Korean source, meanwhile, said, "We have realized that Abe and Trump have close ties." A diplomatic source also said, "We have heard from the United States that Trump is surrounded by enemies but he listens actively to Abe's opinion."

With Kim struggling to move ahead with denuclearization talks with Trump, North Korea has become aware of the presence of Abe, the sources said.

Under the historic 2002 Pyongyang Declaration, Japan and North Korea agreed to make "every possible effort for an early normalization of the relations," and that Japan will extend economic cooperation to the North after ties are normalized.

But ties later deteriorated over the abduction issue, as Abe has continued to say that tackling the matter is his "life's work."

Japan claims that 17 of its citizens were abducted in the late 1970s and early 1980s, five of whom were repatriated in 2002, and suspects North Korea was involved in many more disappearances.

North Korea has argued that the abduction issue has been "already resolved," while urging Japan to atone for its past military occupation and colonial rule of Korea.

Another North Korean source said Pyongyang is eager to start negotiations with Tokyo for the liquidation of the past and the normalization of diplomatic relations, but emphasized bilateral talks are unnecessary if the main focus is on the abduction issue.

At the same time, the source did not rule out the possibility that North Korea will unofficially contact with Japan to grasp Abe's real intention.

Although Abe had indicated a future summit with Kim would not be possible without a guarantee of progress, he told reporters following a phone conversation with Trump on Monday, "To resolve the abduction issue, I myself need to face Chairman Kim without conditions."