Three women died and around 10 students were taken to hospitals due to heatstroke symptoms as unseasonably hot weather continued in Japan on Monday, authorities said.

The mercury topped 30 C for a fourth straight day in central Tokyo, a new record for May, the Japan Meteorological Agency said.

A 42-year-old woman found unconscious behind the wheel of a car parked at a supermarket in Mito, Ibaraki Prefecture, was later pronounced dead, while an 88-year-old woman died in Hanyu, Saitama Prefecture, after being found in her field, according to the local governments.

A woman in her 90s was also found dead in a field in Oshu, Iwate Prefecture, with local authorities suspecting heatstroke.

In Machida, western Tokyo, 24 junior high school students complained of feeling ill while practicing for sports day. Around 10 of them were taken to hospital but none was in a serious condition, police and other sources said. 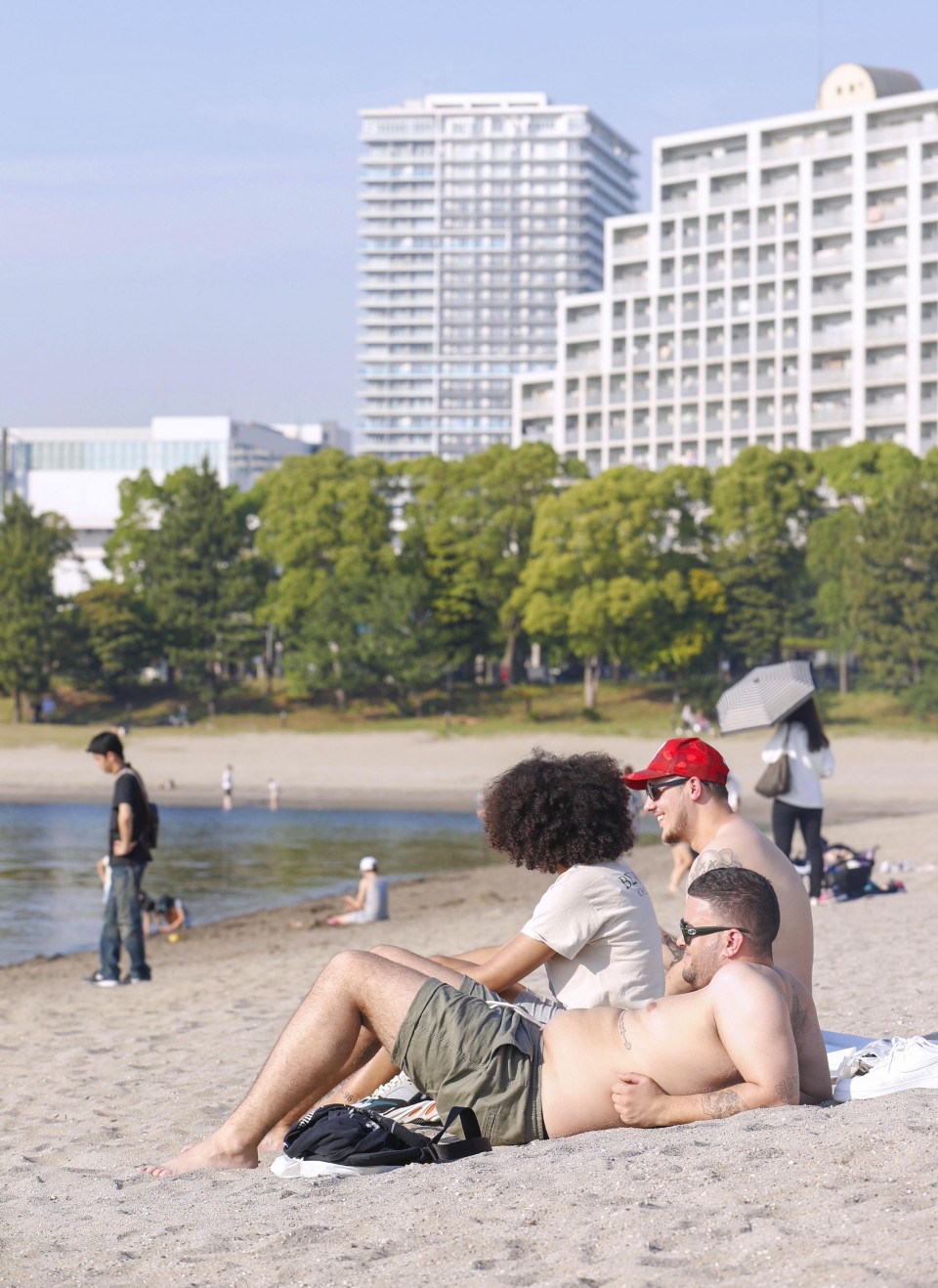 The heat is expected to gradually ease in western Japan on Tuesday with the arrival of a moist air mass, it added.

The mercury also rose on the northern main island of Hokkaido, with Obihiro marking 35.8 C. Saroma logged 32.6 C, after registering 39.5 C on Sunday, a record-high May temperature for the country.

Hokkaido Railway Co. canceled more than 100 train services Monday due to the risk of track distortion caused by the heat.