The judges' scorecards at Korakuen Hall showed Mthalane winning 116-112, 116-112, 117-111 as he completed a second successful title defense in his second stint as IBF flyweight champion.

The South African remained in control throughout the bout as he saw off a spirited challenge from the 32-year-old Japanese.

Kuroda, the Japanese flyweight champion, said he had tried to exploit his seven-centimeter reach advantage by attacking Mthalane's body.

"Mthalane's style is to box at close quarters, so I fought the way I had planned. I was landing body blows, and thought he might drop off (in pace), but (that wasn't the case)," said Kuroda, who lost his only other world title challenge against Juan Carlos Reveco in 2013.

"Compared to six years ago, I think I'm a stronger and calmer fighter," he added. 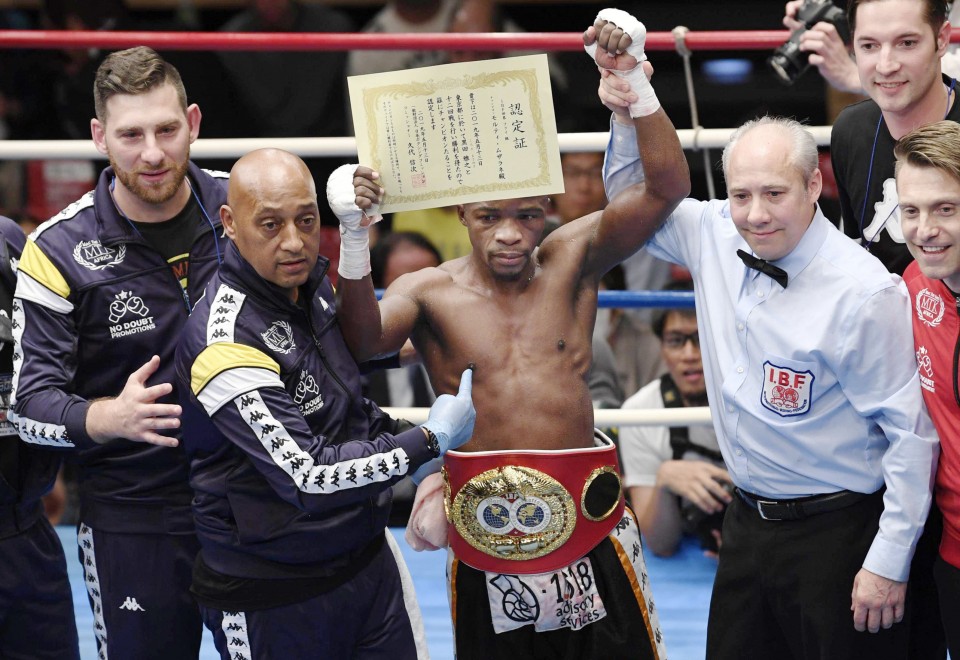 Mthalane gave credit to his opponent, who continued fighting for the win until the final bell.

"Kuroda kept working. He wanted the belt and gave his best as a challenger," said Mthalane, who beat Japan's Masahiro Sakamoto in his previous title defense.

The two exchanged heavy blows in round four, with Kuroda taking a jab to the head before immediately rocking Mthalane with a right hook.

With Kuroda bleeding from a cut above his right eye, the 36-year-old Mthalane went on the offensive in the fifth, finding success with his left jab-right hook combination.

Kuroda earned a huge cheer from the crowd as he tried to land a combination to end the sixth, but the champion appeared to maintain his guard.

Mthalane took control of the bout in the eighth and ninth rounds, inflicting damage with his left jab as Kuroda showed heavy swelling around both eyes.

Sensing he was behind on the cards, Kuroda tried to land big blows late in the fight, opening himself up to further damage from the champion.