Kanoa Igarashi became the first Japanese surfer to win an elite Championship Tour event on Saturday, when he topped the men's competition at the Corona Bali Protected.

Igarashi, a 21-year-old medal hopeful at next year's Tokyo Olympics, earned 15.10 points in his final heat, beating France's Jeremy Flores by 0.47 point at the Indonesian resort island of Bali. 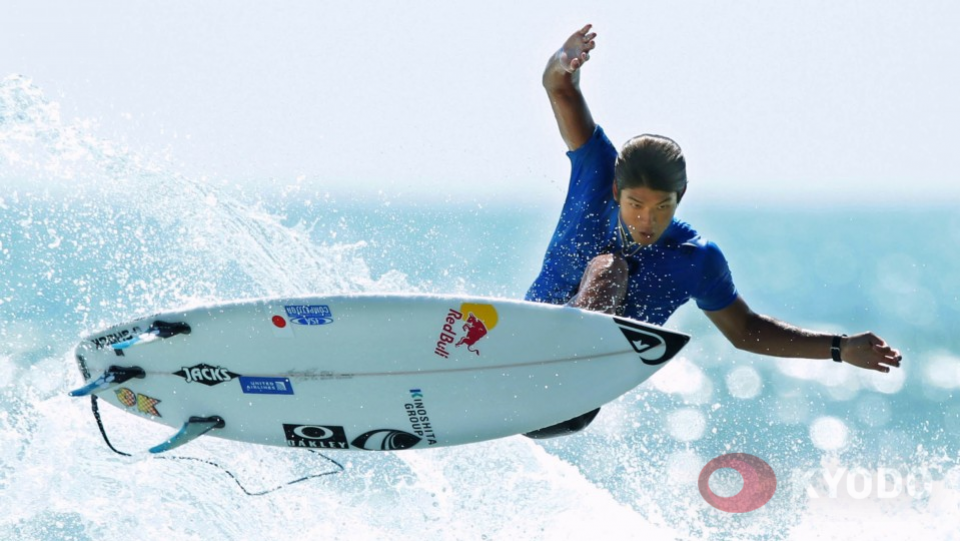 He finished ninth at the two previous events on the tour this season. He has competed in the Championship Tour since 2016, and his best result had been runner-up. Igarashi said he'd wondered whether the work he had put in would forever be spoiled by a lack of good waves.

"This day can't get any better," he told World Surf League.

"All the early mornings, all the times in the gym alone, surfing alone, gym alone, going to places and working hard when no one is watching -- it all makes sense. I don't need to show anyone how hard I'm working, they can just see it in my results. This means so much to me, words can't describe it."

Igarashi, whose parents moved to California before he was born and raised him on the waves of surfing hot spot Huntington Beach, switched his competitive nationality last year in a bid to represent Japan at the 2020 Summer Games, when surfing will make its Olympic debut.

The Olympic surfing competition will take place at Tsurigasaki Surfing Beach in Chiba Prefecture, near Tokyo. As host, Japan will get one automatic berth in each of the 20-surfer draws and will have a chance to earn another.