As the island nation of Sri Lanka enters its 10th year after the end of a bloody civil war in 2009, the tragic events remain fresh in the minds of many ethnic Tamils who are still searching for missing family members.

Krishnakutty Kalawati has been waiting in vain for the reappearance of her son Sukumaran and daughter-in-law Karunadevi, who were both taken away by the Sri Lanka Army on May 19, 2009, just one day after the long-running war ended.

Sukumaran surrendered because he had worked as an administrative officer for the mini-state run by the Liberation Tigers of Tamil Eelam, or LTTE, the vanquished rebel group that fought for an independent homeland for minority ethnic Tamils in the northern part of Sri Lanka.

"My son worked for 10 years with LTTE for clerical work. He was not involved in war. I was told that he would be released after interrogation and I believed so," said 67-year-old, who could not hide her tears while holding a wedding picture of her son and daughter-in-law. 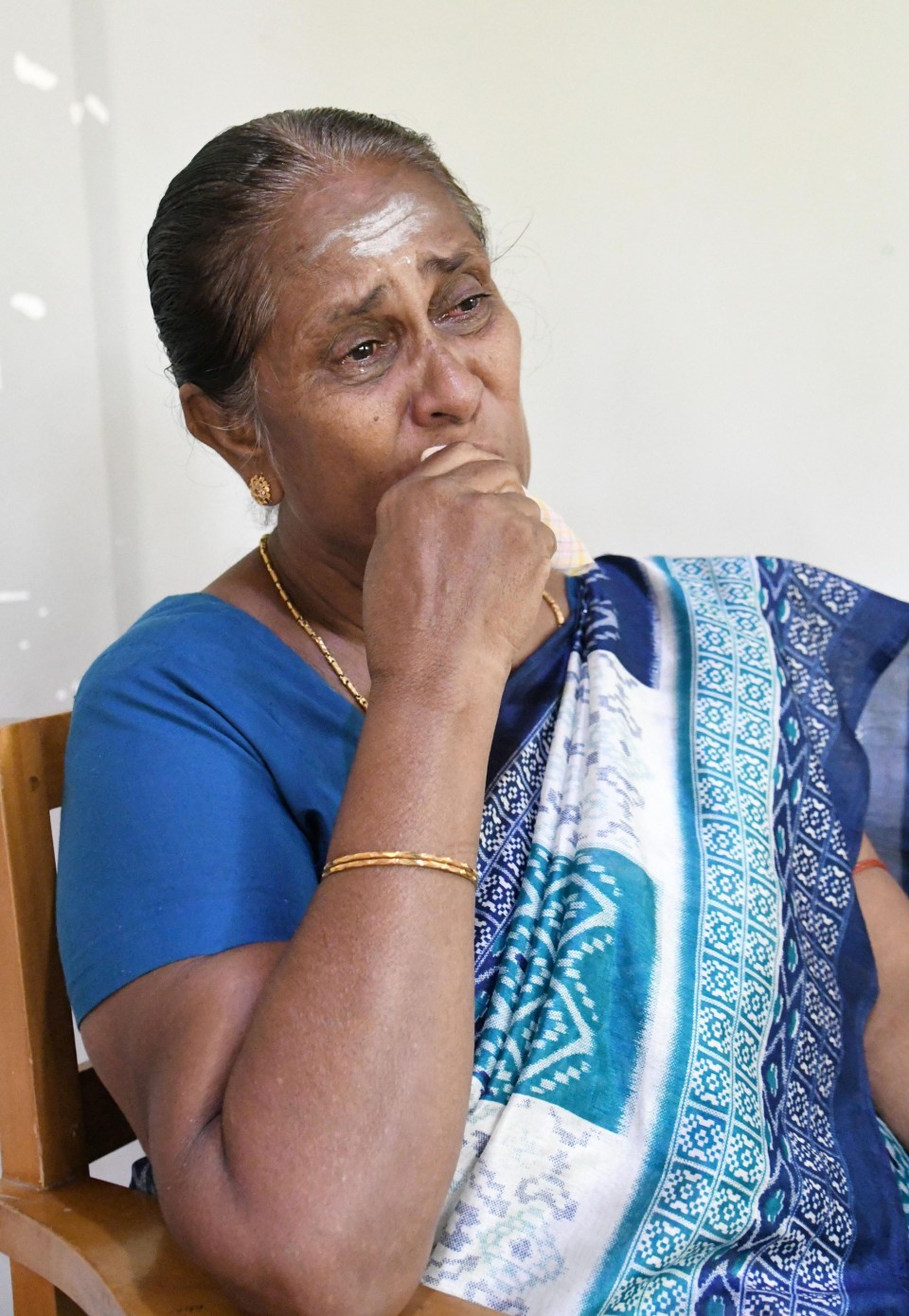 So common is Kalawati's plight among residents of her hometown of Kilinochchi, the former rebel capital, that it and the surrounding district of the same name are sometimes called "the land of missing."

Nestled in Sri Lanka's Northern Province, the district witnessed some of the most horrific battles of the 26-year-long civil war between Sri Lanka Army and the LTTE, which left around 100,000 people dead and divided the nation, dominated by Buddhist Sinhalese, along ethnic lines.

The unresolved disappearances of many thousands of people linked to the LTTE remain one of the main issues that Tamil families in the province face as they adjust to life after so many years of war.

"Not only people working with LTTE directly but even the ones who were indirectly linked to LTTE were taken by the Sri Lankan forces," Kalawati said.

Sharing her anguish is another Kilinochchi resident, Kathirgamanathan Kokilavaani, whose son Gauri Shankar went missing near the end of the war.

"He was 18 years old when he went missing. It was Dec. 14, 2008. He was a student with no connection with the LTTE," said the 48-year-old mother, who now heads the local missing persons society.

Kokilavaani last saw Gauri when a pair of tractors they were traveling in was stopped by soldiers who took him away. She has searched for him in different detainee camps, believing that his name might be registered in one of them, but to no avail. 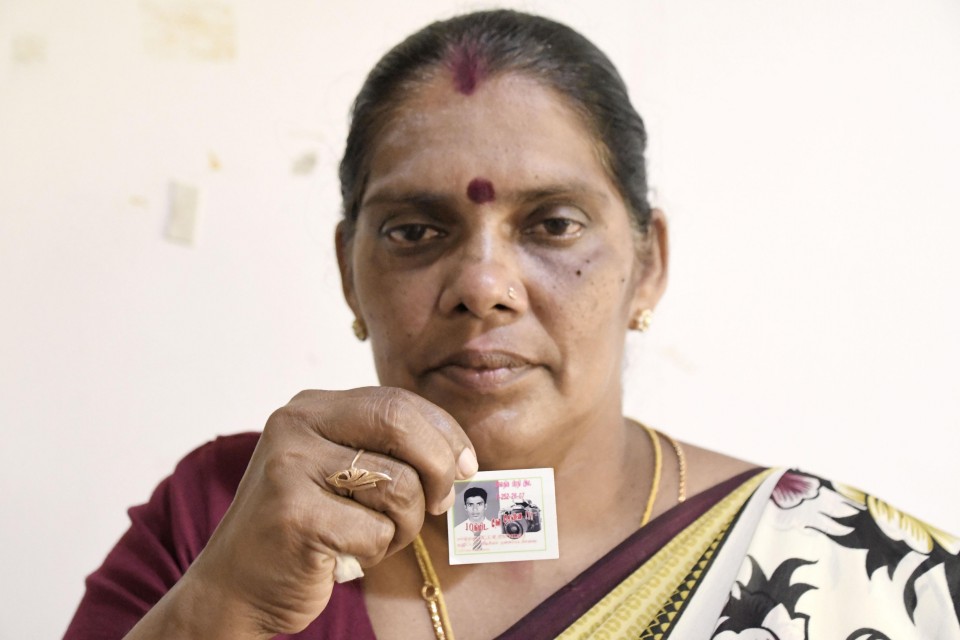 "I just want my son back. It doesn't matter in what condition he is. I won't even question authorities over his condition. All I want is for him to return home," she said.

Like many grieving Tamil families, there is little they can do beyond reporting the disappearances of their missing relatives to the authorities and praying they may still be alive in custody.

Many are furious with the country's elected leaders, who promised when they came to power in 2015 to account for those missing from the war but have since failed to make significant headway, other than to set up an Office on Missing Persons in September 2017.

"At present, the exact figures of the missing...are not available," said Saliya Pieris, chairman of the OMP whose mandate is to "provide appropriate mechanisms for searching and tracing...missing persons, and to clarify the circumstances in which such persons went missing, and their fate."

The office has so far amassed some 15,000 search applications, while it is also working on a permanent database, offering psychosocial support to families of the missing and making recommendations on their welfare and rights.

But many people, including academics, remain doubtful whether the new office can effectively trace the missing people.

Ahilan Kadigamar, a senior lecturer from Jaffna University who has been researching the aftereffects of the civil war since 2012, believes that most of those missing were killed by government forces.

"The only people who know what happened is the military and they don't want to give any information about the missing people who could have been tortured and killed by them," he said.

As for those who may still be in custody, concern has been expressed that perhaps no institution is required to acknowledge their whereabouts or release them.

Kilinochchi was the administrative center and de facto capital of the LTTE's mini-state until Jan. 2, 2009, when government troops captured the city.

Today, however, all traces of the mini-state have been removed, even the cemetery used by the LTTE.

Once in ruins, it has today grown into a semi-modern town with ATMs, restaurants, developed highways and railway lines.

The national flag is hoisted over a victory monument that pays homage to fallen Sri Lankan soldiers and is surrounded by a big lake with lotus flowers.

But as the country of 21 million people marks the 10th anniversary of the end of the civil war, many Tamils here whose loved ones remain missing find little to celebrate and still struggle to come to terms with their absence.

"It is very traumatizing for the families who lost their dear ones and sadly most of them don't know what happened. That's why they cannot move on, and (instead) consider searching for the missing people," Kadigamar said. 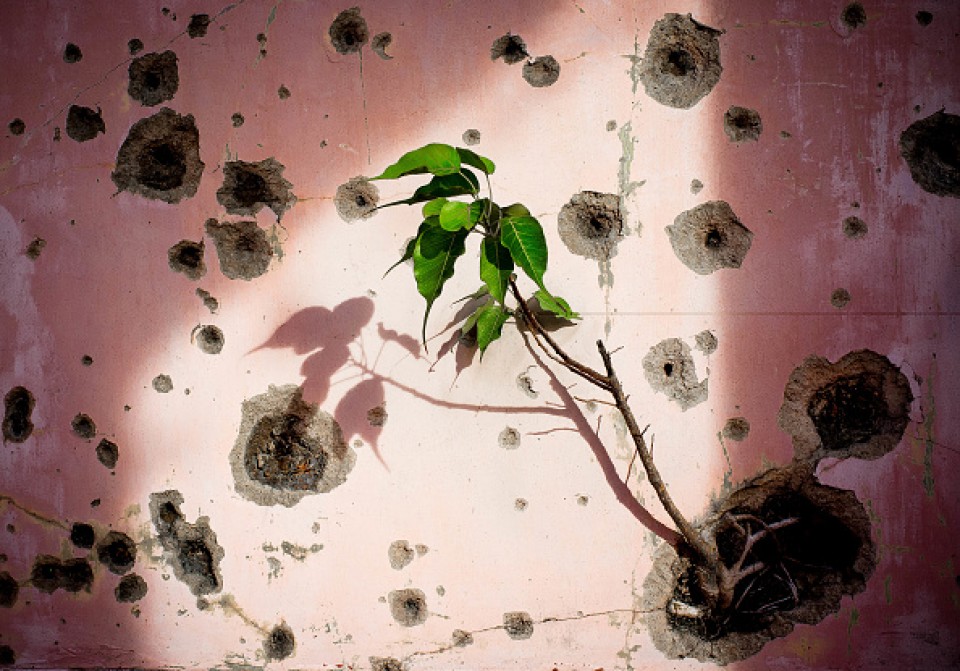