Over 300 stranded people rescued on Yakushima Island after heavy rain

More than 300 people descended a mountain on Yakushima Island in southwestern Japan on Sunday with the help of rescuers after they were left stranded following heavy rain the previous day.

Torrential rain of around 120 millimeters per hour fell on the island late Saturday afternoon. Roads heading to the main attraction -- a giant cedar tree -- were flooded and blocked by landslides, while trees near the mountain trail were knocked down. 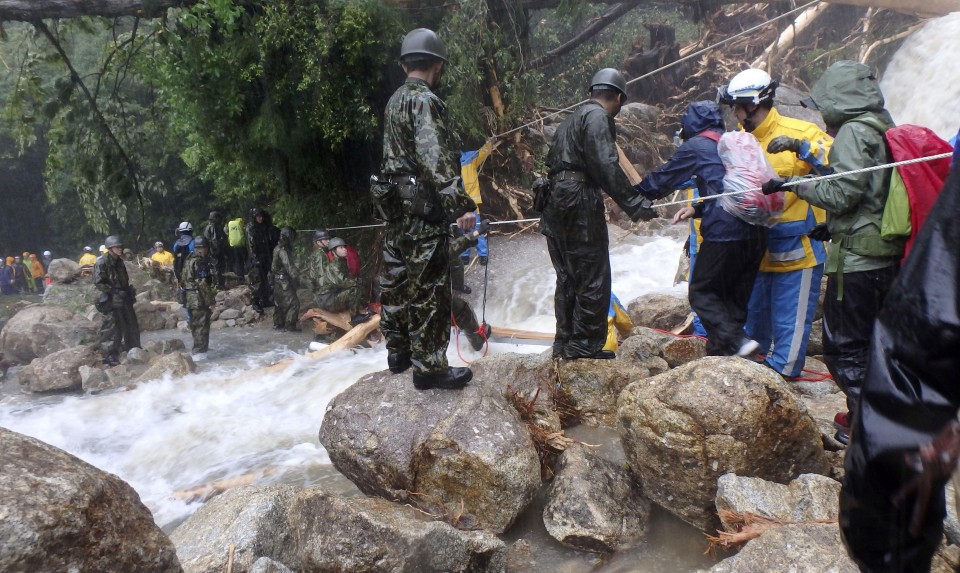 [Photo supplied by a hiker]

The island, known for its Jomon cedar tree and the 1,936-meter Mt. Miyanoura, is a world natural heritage site designated by the U.N. Educational, Scientific and Cultural Organization.

Hikers in more than 10 cars and buses were forced to spend the night in the vehicles and a mountain cabin. Passengers on the bus shared small pieces of chocolate to relieve their hunger, while some people who spent the night outdoors.

Due to the weather conditions the rescue operation, involving police, firefighters and Ground Self-Defense Force members, only commenced Sunday.

A total of 266 people were initially believed to have been stranded, but the number increased to 314 as more people showed up at a meeting spot seeking help. 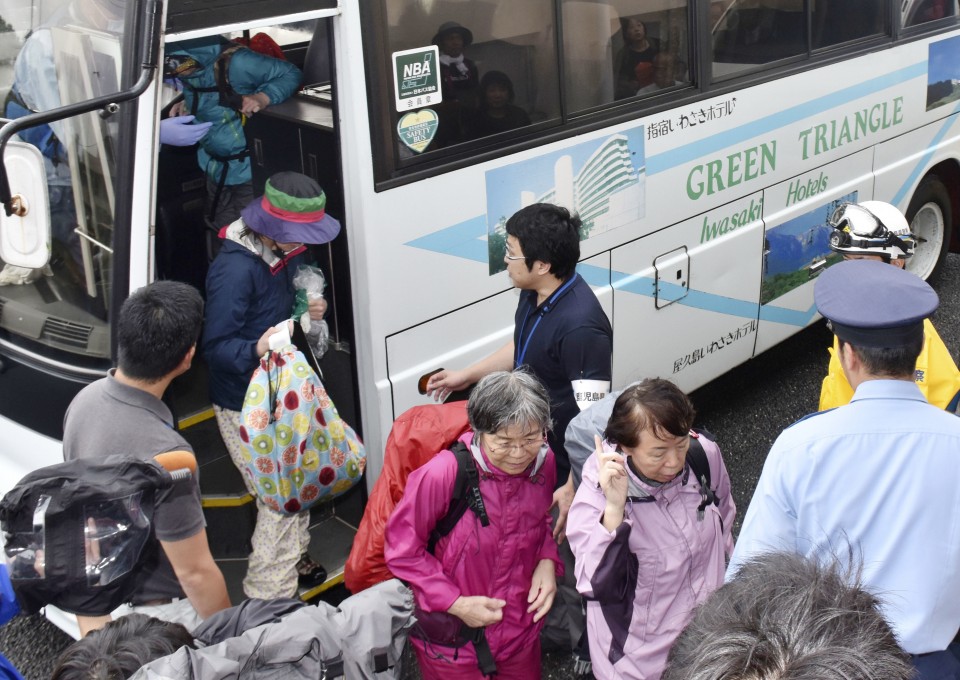 (Hikers arrive at the Yakushima station of Kagoshima prefectural police.)

Several of the hikers complained of pains or feeling unwell and some were taken to hospital. None were in serious condition, according to local officials.

"It was scary as I heard rumbles of thunder. I felt my life was in danger," Tsuyoshi Uchibori, a 44-year-old company worker from Saitama, north of Tokyo, said as he recalled how he was caught in the rain after he visited the cedar tree.

Tav Nahimov, a 22-year-old woman from Israel, also said she was terrified as rocks had fallen nearby. But she said she was confident that people would come to rescue them.