Prevention of animal hoarding takes on urgency in aging Japan

Japan's graying population has seen local governments struggle to cope with the burgeoning problem of animal hoarding among families who are growing senile or suffering from worsening chronic diseases.

According to officials, homes are becoming overrun with urine and feces from pet dogs and cats, making a case for central and local government officials to determine concrete policies to address animal abuse and seek the advice of welfare specialists. 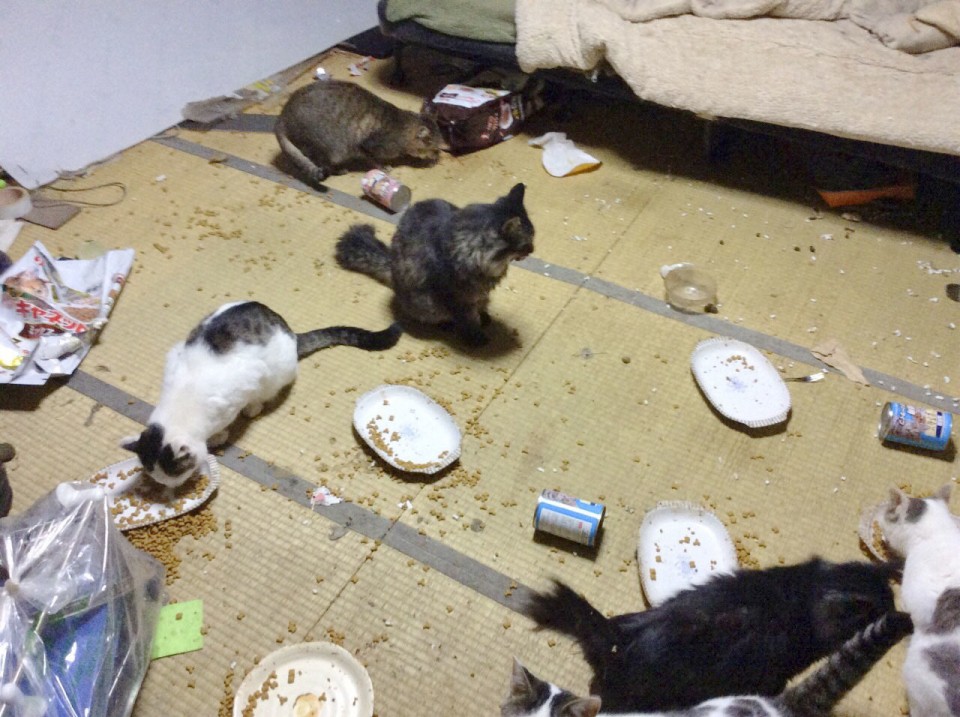 A 73-year-old housewife in Sendai, Miyagi Prefecture, northeast Japan, began keeping five kittens following the devastating March 2011 earthquake and tsunami. She took the five cats in that were born in the neighborhood when her husband, 79, started feeding them.

Living off a pension, the couple could not afford to have the cats fixed, and the number increased to over a dozen cats within six months. As breeding continued, they came to care for even more cats.

"We were responsible, so even if it was hard on our living situation, I had to keep them," she said.

While the woman had been hospitalized on and off, her husband began to wander about due to his worsening dementia. A city official later found large amounts of feces and urine in their home last summer, after neighbors began complaining of the smell.

The official suggested the cats be spayed, neutered or destroyed, but the woman refused, so volunteers were found to take the animals.

"Pets belong to owners, and it's difficult to deal with (animal hoarding) if they refuse to give them up," a Sendai official said.

While encompassing complex and intricate issues, animal hoarding is often due to the aging of owners. Typically, older adults become highly reliant on animals because of social isolation in the wake of illness, unemployment or death of family members.

According to the Environment Ministry, the number of cats or dogs destroyed in fiscal 2017 was 43,216 -- the first time the number fell below 50,000 since such data has been collected. A 2018 survey by the Japan Pet Food Association found that 9.6 million cats, compared to 8.9 million dogs, were kept as pets in Japan.

The question of animal hoarding "cannot be settled if it is seen merely as an animal issue," said an official in charge at another local government.

In the city of Nagano, central Japan, a person in charge of animal protection and a welfare agent from the municipal government work as a team when visiting elderly animal hoarders. 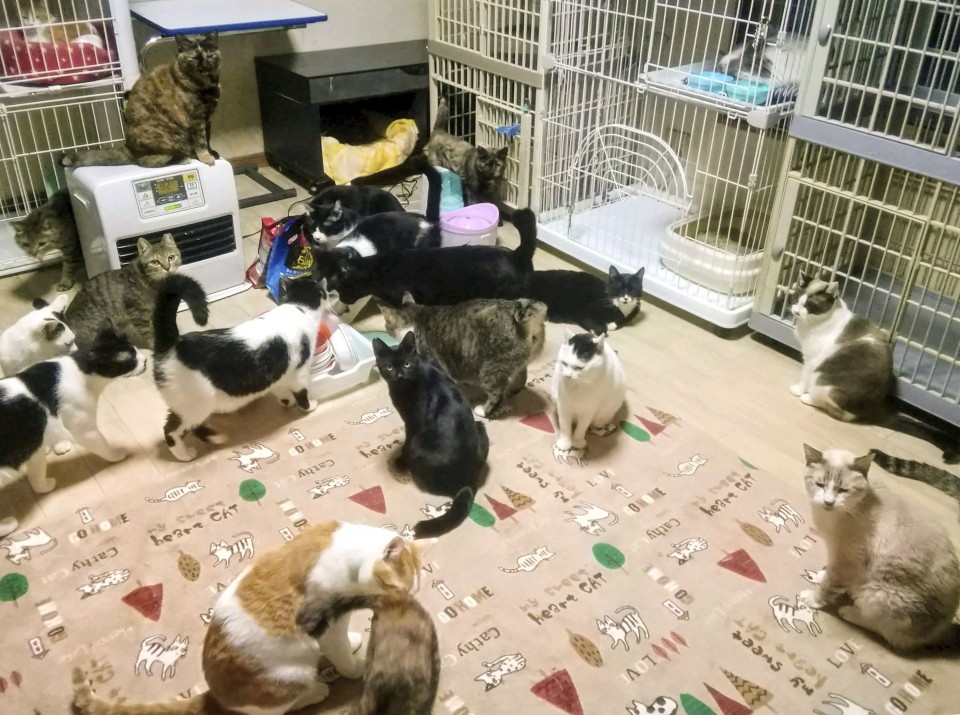 Because many owners refuse to give up their pets to the city, the welfare official will explain how to restructure their lives to avoid animal hoarding. According to city officials, the animal protection and welfare sections share information to address the problem swiftly.

The central government has also begun to study countermeasures. The Environment Ministry will conduct a survey of prefectural and major municipal governments in the current fiscal year, in cooperation with the Ministry of Health, Labor and Welfare, to work out guidelines for the prevention of animal hoarding in fiscal 2021.

In Britain, courts can ban people from keeping animals if they are ruled to have abused them by hoarding or through other ill-treatment, according to Nai Machiya, a veterinarian belonging to the Japan Animal Welfare Society.