Two-time Olympic snowboard silver medalist Ayumu Hirano strengthened his bid to represent Japan in skateboarding at the 2020 Tokyo Games by winning the men's park event at the national championships on Sunday.

"I feel like I have taken another step toward the Olympics," Hirano said following his victory. 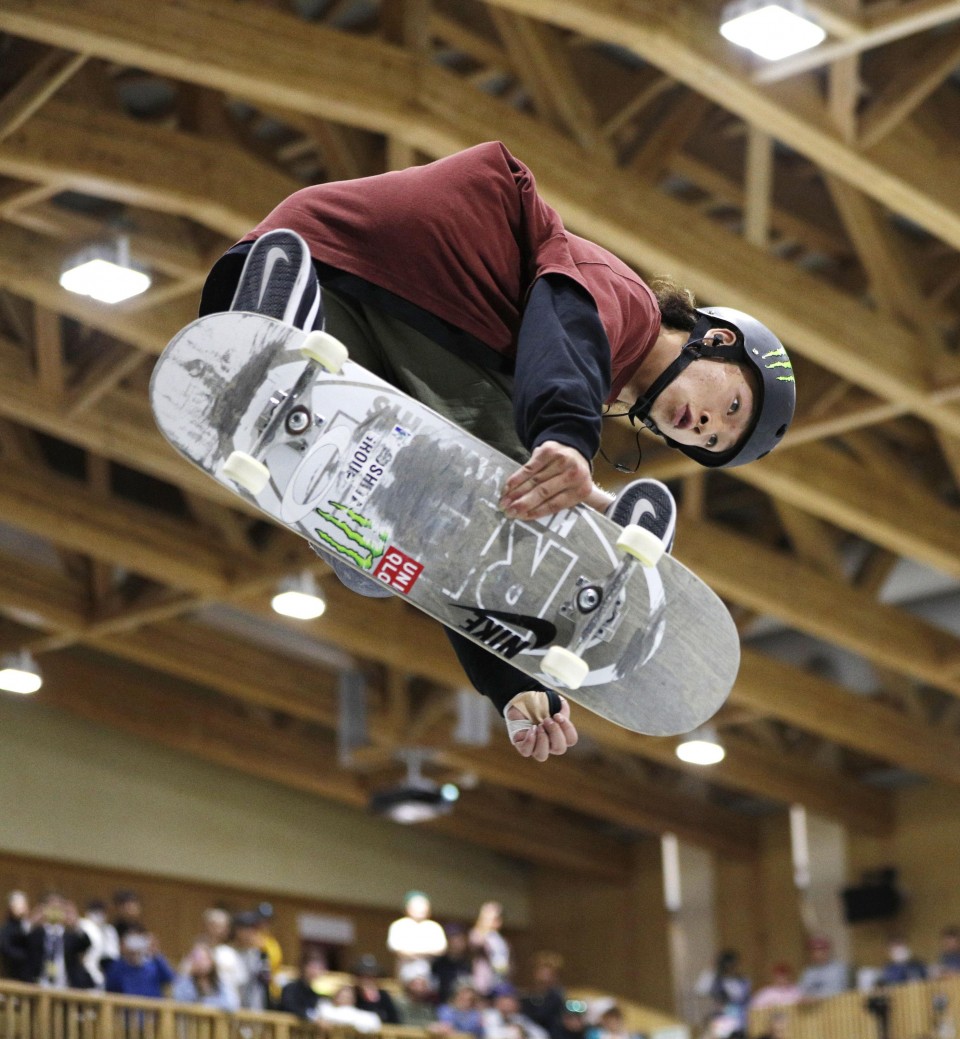 After winning his second straight silver in the men's halfpipe at the 2018 Pyeongchang Winter Games, Hirano said he was considering making a run at skateboarding when the sport makes its Olympic debut on home soil next summer.

Each National Olympic Committee can obtain a maximum of three spots in each of the four events in Tokyo, including men's and women's park and street.

Out of the 20 available spots in each event, one berth is given to Japan as hosts, while three are granted from the world championships and 16 from the world rankings.

Should Hirano qualify, he may face snowboard rival and three-time Olympic halfpipe champion Shaun White, who has also indicated interest in an Olympic skateboarding bid.