Relatives of the suspect in the stabbing rampage in Kawasaki on Tuesday, in which two people were killed and a dozen schoolchildren were injured, had been concerned that he was becoming a social recluse, according to city officials.

The officials said Wednesday the city's mental health and welfare center had been consulted by relatives worried that Ryuichi Iwasaki, who died in an apparent suicide shortly after the attack, "had not worked for a long time and was becoming reclusive."

But the center did not contact the 51-year-old man after a request from his aunt and uncle, with whom he lived, out of concern that it could "incite" him, they said. 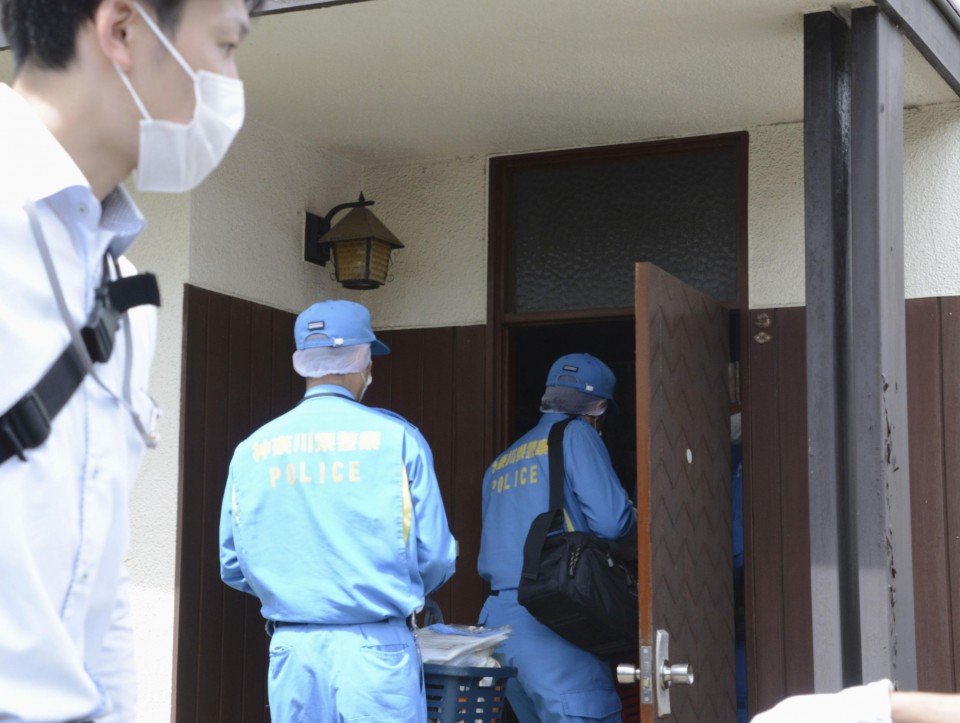 Iwasaki mostly stayed in his room, hardly speaking to his aunt and uncle in their 80s. The couple gave him some money as he was not working.

He ate his meals alone, which his aunt prepared and put in the refrigerator.

In November 2017, relatives told the center that they wanted the elderly couple to receive home care but were "worried how (Iwasaki) would react" if non-family members entered the house, the officials said. 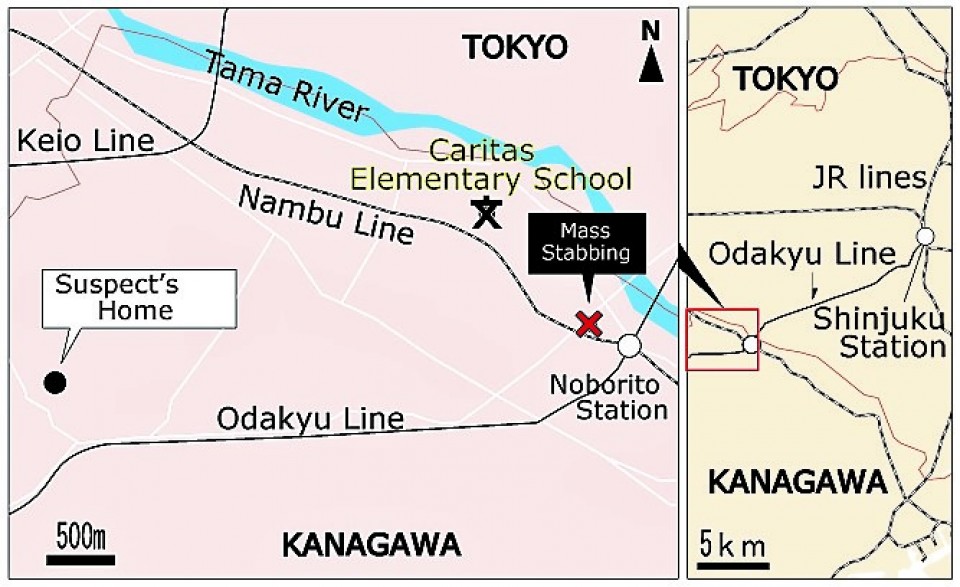 The center spoke several times with the couple face-to-face and over the phone, and following the center's advice, the couple wrote about the situation in a letter in January of this year and put it in front of Iwasaki's door.

Iwasaki responded to his aunt, "I take care of myself. I make my meals and do my washing so how dare you say that I am a social recluse," according to the officials.

On Jan. 10 the aunt called the center saying Iwasaki preferred not to be contacted by it, and she and her husband wanted to watch his condition for a while, which led the center to leave Iwasaki alone.

Iwasaki attacked two parents and 17 students of Caritas Elementary School, a private Catholic school in the city near Tokyo. 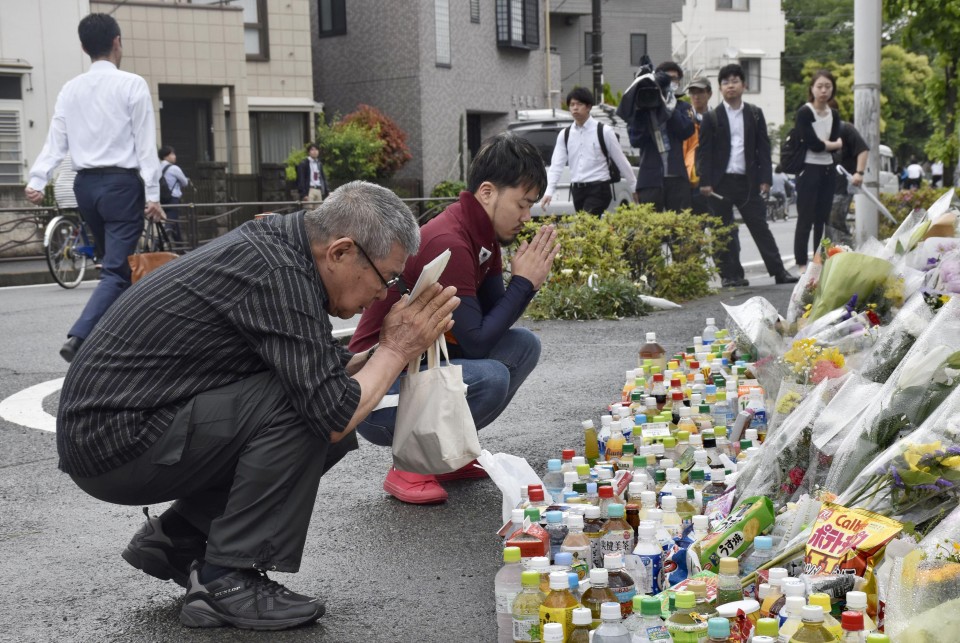 A schoolgirl and the father of an unharmed pupil were killed during the rampage lasting less than 20 seconds and Iwasaki later died of a self-inflicted stab wound to the neck.

He wielded two 30-centimeter-long knives in the rampage over a distance of 50 meters along a street. Investigators later found two more knives in a backpack believed to have belonged to the assailant and said he wore gloves in an apparent attempt to prevent the knives slipping from his hands.

The police searched Iwasaki's home Wednesday for clues as to the motive for the attack. They have confirmed through security camera footage that Iwasaki took a train from Yomiuriland-mae on the Odakyu Line, the train station nearest to his home, and got off at Noborito Station near the attack site.

He is believed to have then walked to a convenience store where he left his backpack before starting the rampage, according to the police.

Cameras installed around the area captured Iwasaki moving rapidly among his victims as he carried out the attack, they said.

Investigators said they believe the suspect began the attack by slashing the 39-year-old parent, Foreign Ministry official Satoshi Oyama, multiple times. Oyama was found lying on his back on the street near the convenience store and later died in hospital.

Iwasaki then seriously wounded the 45-year-old mother of a Caritas school student, and attacked Hanako Kuribayashi, an 11-year-old female sixth-grader from Tama, western Tokyo, who later died, as well as other children who were forming a line to get on a school bus, according to the police.

"We suddenly lost the most precious person in our lives whom we loved and our emotions are all over the place," her parents said through their lawyer on Wednesday.

The incident occurred at around 7:40 a.m. Tuesday near a park in a residential area.

Amid intermittent rain in the morning, a number of people offered prayers near the site around the same time as the attack occurred, while many flowers, snacks and beverages were left as offerings for the victims.

"The child victims may have been the ones I took trains with. I can't think of it as someone else's business," she said in tears.

Ma Myintmyintthan, the manager of a Burmese restaurant in Tokyo that Oyama and his family had been visiting since two years ago, was also among the visitors to the site.

"He was always singing Burmese songs. I saw the news on the incident and couldn't believe it was Oyama (who was killed)," the manager said.

Foreign Minister Taro Kono expressed sadness over the loss of Oyama and indicated his intent to arrange support for Oyama's family.

"He was a Burmese specialist and an extremely brilliant young official. This is very regrettable," Kono told a media gathering.

"He had worked for the embassy in Myanmar and was one of those who led Japan's diplomacy with Myanmar," he added.

Following a Cabinet meeting held in the morning in the wake of the incident, Prime Minister Shinzo Abe ordered increased police patrols in areas where children gather on their way to and from school.

Rampage suspect hardly noticed but may have been short-fused