Grand champion Kakuryu and sekiwake Tochinoshin both suffered upsets on Wednesday at the Summer Grand Sumo Tournament and fell one win behind rank-and-file wrestler Asanoyama on a bad day all-around for the sport's elites.

Kakuryu was pushed out by No. 5 maegashira Myogiryu (4-7) in the final bout of Day 11 at Tokyo's Ryogoku Kokugikan, while Tochinoshin was shoved off the dohyo by No. 4 Abi (7-4). Both wrestlers took their second losses of the 15-day meet. 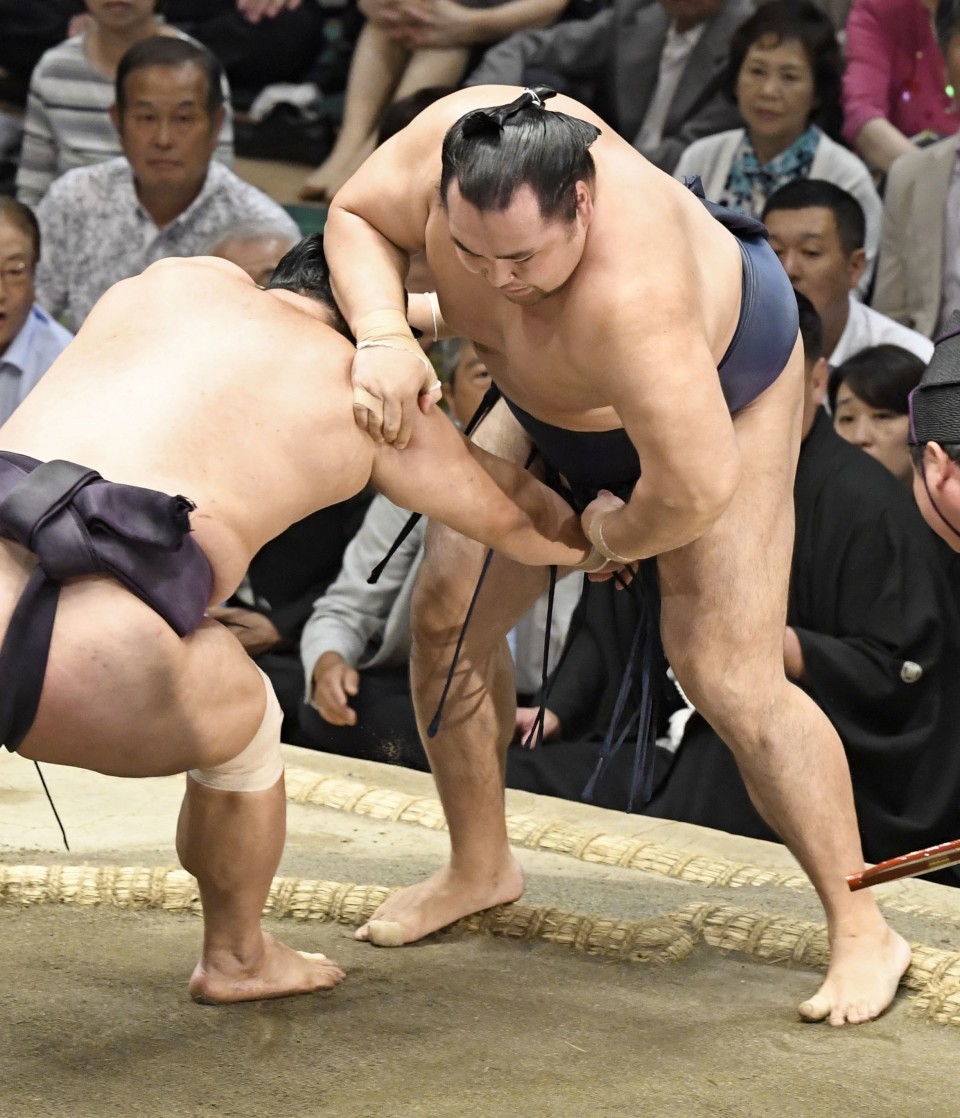 "I'm happy," said Myogiryu, who picked up his fourth career kimboshi prize that goes to a maegashira for defeating a yokozuna.

Tochinoshin, who needs only one more win here to secure promotion back to sumo's second highest rank of ozeki, led off with a strong shove against Abi but the rank-and-filer pulled his right arm down while stepping to the side and used Tochinoshin's forward momentum to launch him out. 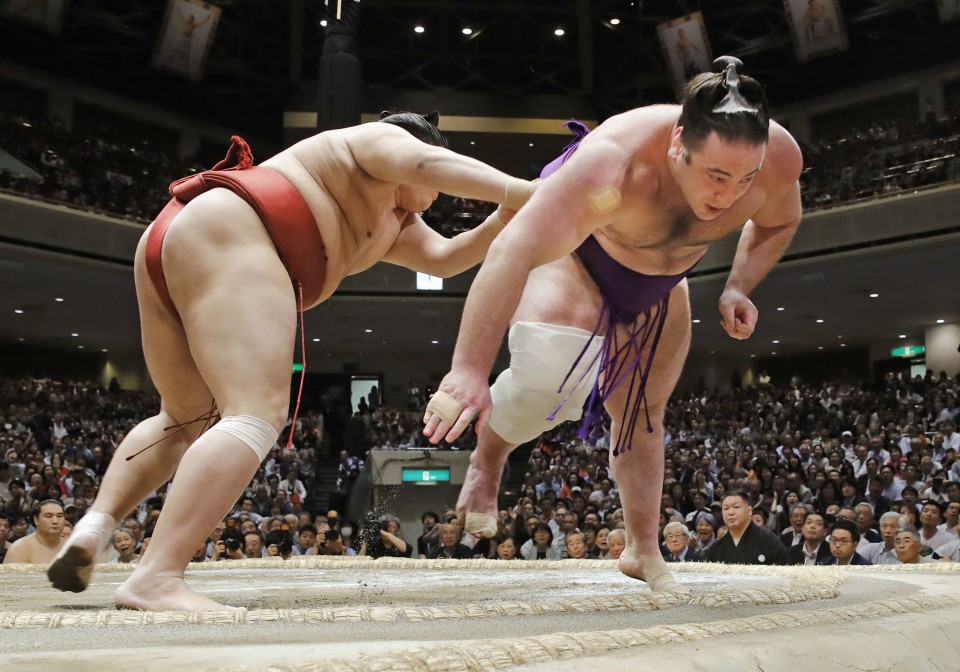 The Georgian was unable to deliver a timely birthday present -- the recovery of his ozeki status -- for his stablemaster, Kasugano, who turned 57 on Wednesday.

Goeido and Takayasu, the two remaining ozeki, each suffered his fourth loss after falling respectively to No. 5 Ryuden (7-4) and komusubi Aoiyama (5-6), the only upper-ranked fighter to leave the ring victorious on Day 11.

Goeido steered Ryuden around the ring with a solid left-handed inside grip, but waited too long for an opportunity as Ryuden seized on a chance to pull the ozeki down. Takayasu had similar trouble getting into position against Aoiyama before the Bulgarian nudged him out.

Ryuden faces Kakuryu on Day 12, while Aoiyama will take on sekiwake Ichinojo, who is returning to the meet after four days due to a right-leg injury.

In other bouts, Mitakeumi fell to 6-5 after losing to No. 2 Endo (4-7), who dispatched two of the three ozeki earlier in the meet.

The komusubi strung Endo along with a headlock and tried to throw him down, but was unable to find his footing as Endo hung on and shoved Mitakeumi out.

Kotoeko (8-3), the only man who started Day 11 one win behind the leaders, kicked off action in the top division against No. 13 Chiyomaru (5-6) but fell further off the pace following a disastrous opening gaff.