Islamic State has claimed responsibility for Easter Sunday's coordinated bombings in Sri Lanka that killed 321 people and injured more than 500 others, according to media reports Tuesday.

"The perpetrators of the attack that targeted nationals of the countries of the coalitions and Christians in Sri Lanka before yesterday are fighters from the Islamic State," the group's AMAQ news agency was quoted as saying by the Associated Press.

Meanwhile, Sri Lanka's State Minister for Defense Ruwan Wijewardene told Parliament that the bombings were likely in "retaliation" for the March 15 shootings at two mosques in the New Zealand city of Christchurch that left 50 dead, while he also said a local Islamist group is seen as responsible for the blasts.

Prime Minister Ranil Wickremesinghe later told a press conference, "It is possible that the attack might have taken place in retaliation to New Zealand attack, but we cannot confirm on that." 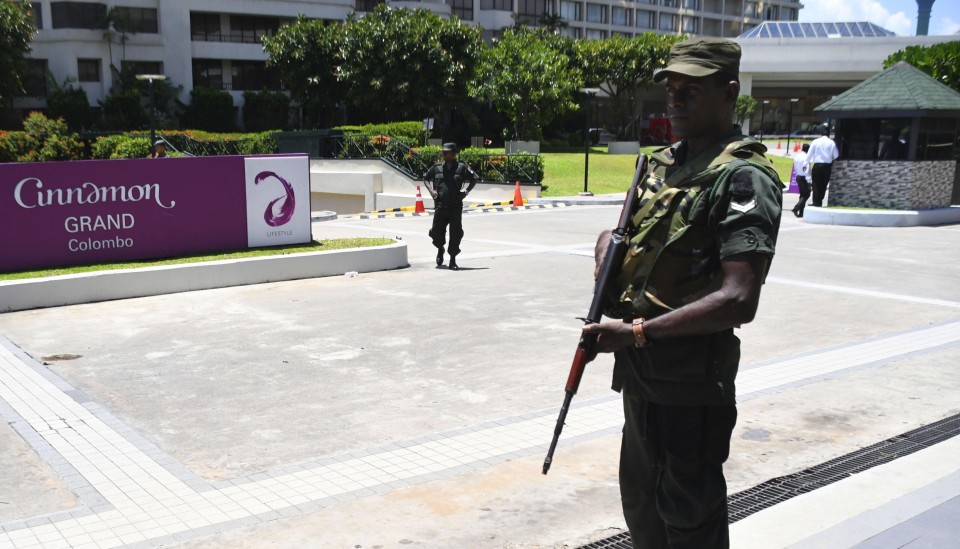 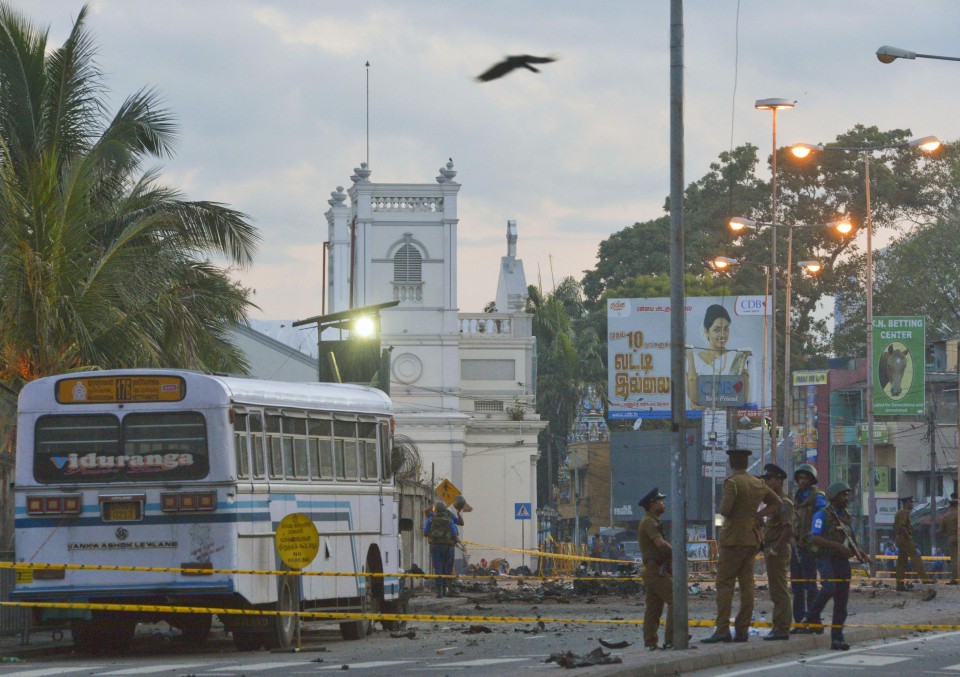 "I think once police start asking questions to the suspects, we might find the answer to this."

Wickremesinghe said Sri Lankan authorities are following up on the reported Islamic State claim of responsibility.

"All that we knew earlier was that there were foreign links and that this could not have been done just locally. There had been training given and a coordination which we have not seen earlier," he said.

The prime minister said investigators have been making "good progress" in identifying those responsible for the carnage, adding, "We have to find out all the culprits and look at what the network is."

"Many of the suicide bombers have been identified but not all. We are still looking out at who else is not caught, because the investigation is going on and it leads to some other links every day, so there might be some other names as well."

He said Sri Lanka has had offers of investigative assistance from a number of countries, including the United States and Britain.

Sri Lanka has imposed a state of emergency in the wake of the suicide bombings at three churches and three hotels, with police and the military given sweeping powers to detain suspects without court warrants.

A nighttime curfew was extended for a third day Tuesday. 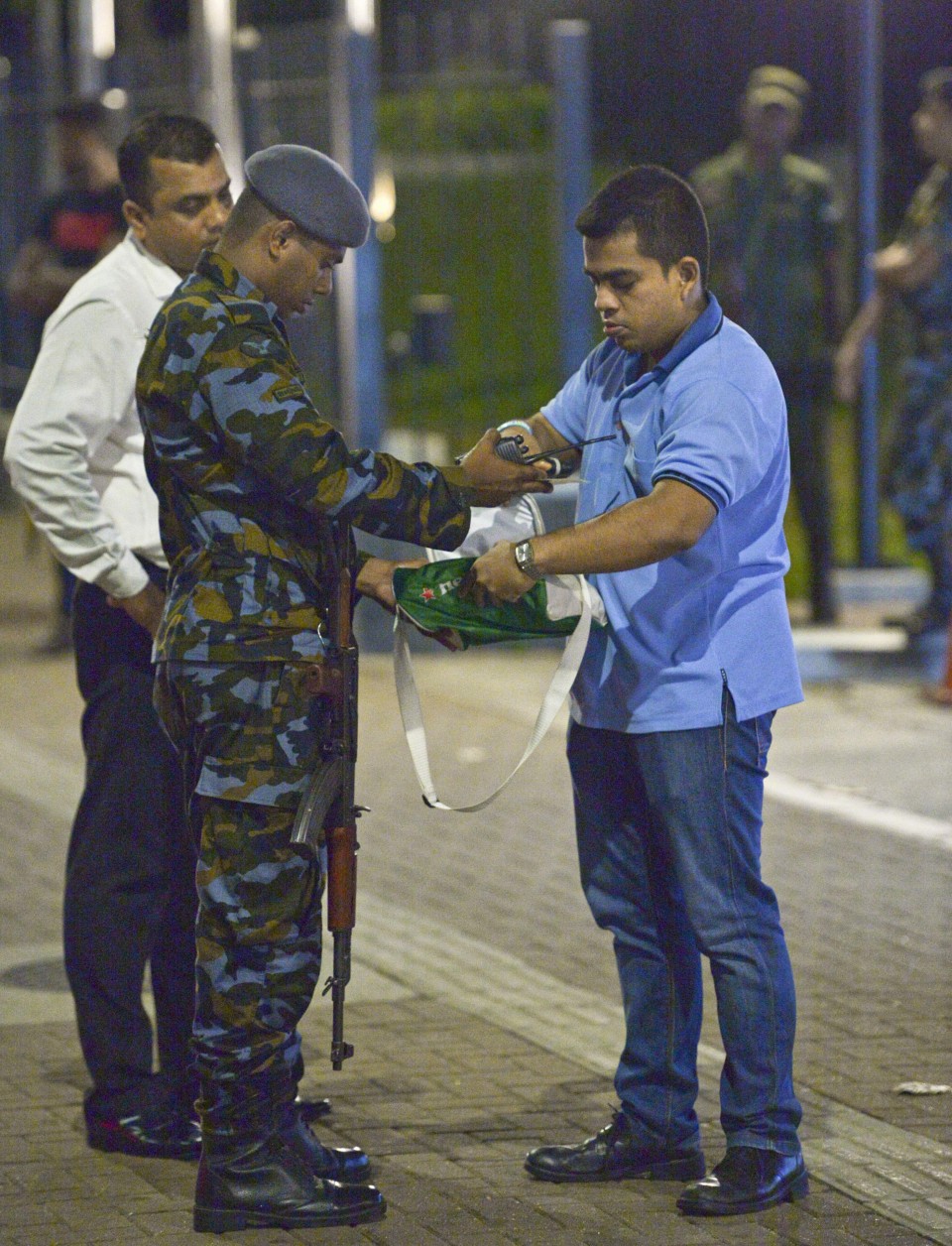 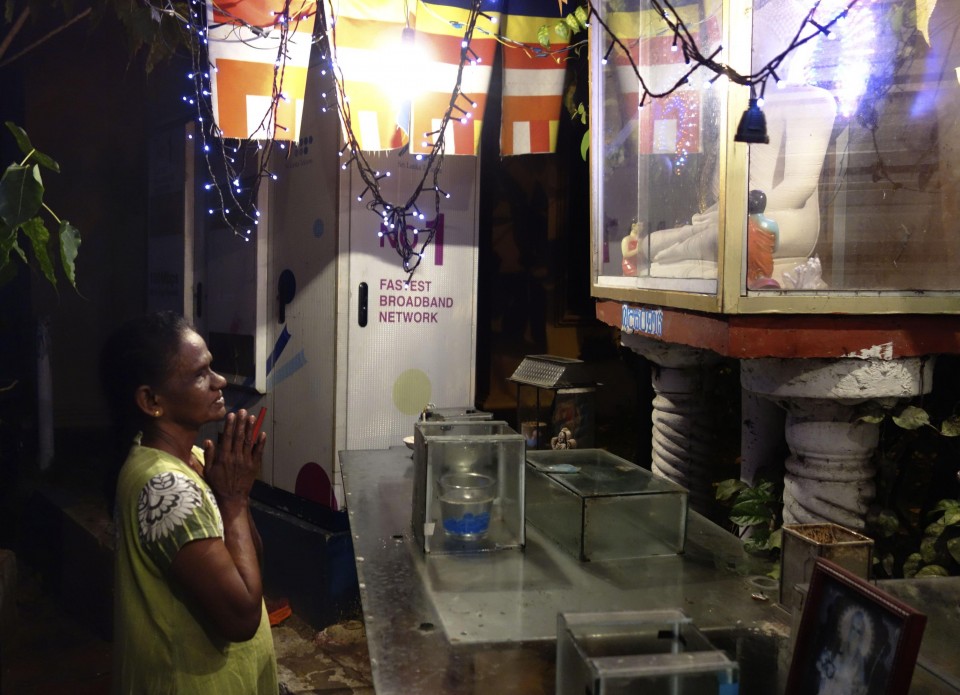 The police have arrested 40 people in the wake of the attacks.

At least 34 foreigners were killed, while 14 foreign nationals were unaccounted for and could be among the unidentified victims at the mortuary, according to Sri Lanka's Foreign Ministry.

Among those identified are 10 Indians, six Britons, three Danes, two Chinese, two Turks, two Saudis, two people with dual U.S. and British nationalities, and two holding dual Australian and Sri Lankan nationalities, as well as one each from Bangladesh, Japan, the Netherlands, Portugal and Spain.

UNICEF spokesman Christophe Boulierac has been quoted as saying that at least 45 children are among the dead.

Tuesday was declared a national day of mourning, and people across the country observed three minutes of silence to remember the victims. All schools in the country are closed until Wednesday. Christian private schools in and around Colombo will be closed until Monday next week.

"I couldn't stay back home so came to the temple at this early hour to offer prayer and pray for the people who lost their loved ones," said 65-year-old woman named Sulangini, who is a caretaker of the small Buddhist temple in Colombo.

Sharad, a 70-year-old man, came to the mortuary in search of a missing friend, who he worries could be among the deceased.

"Ours is a peaceful country, but due to lack of security concerns in Sri Lanka this incident happened. Now the innocents are paying for the damage by losing the life of their loved ones."

K. Srinivasa Murthy, leader of a political party in India's Bangalore, he came to Sri Lanka to take back the bodies of seven party members who died in the blast at the Shangri-La hotel.

"All seven of them were friends," he said. "This is far from any tragedy which can ever be imagined."

"I want that those who are the suspects should be hanged for what they did," he added.

Cabinet spokesman Rajitha Senaratne said Monday that police units earlier this month received information that Islamist militants were planning a series of attacks in the country.

But he said the prime minister was not informed of those warnings as he has been excluded from National Security Council meetings chaired by the president, and as a result, "adequate precautions" were not taken to prevent the attacks.

The eight explosions, which occurred mostly in and around Colombo, mark the worst violence that the country has seen since the end of its civil war a decade ago.

A ninth explosion reportedly went off on Monday in a van parked near St. Anthony's Shrine, one of the three churches targeted the previous day, when bomb squad officials tried to defuse it.