Crown Prince Naruhito, who will ascend the throne on May 1, is expected to approach his role as emperor from a more international perspective than his father, informed by his expertise on global water issues, a U.S. scholar of the Japanese imperial system said.

While Emperor Akihito, who will abdicate on April 30, has focused on supporting Japan's socially vulnerable, such as people with disabilities and disaster victims, his successor may shift focus to disadvantaged people globally, according to Kenneth Ruoff, a professor of modern Japanese history at Portland State University.

"The future emperor's going to lend the prestige of Japan's imperial house to the weakest members of society worldwide, in reference to water," Ruoff said in a recent interview with Kyodo News in Tokyo.

Crown Prince Naruhito, 59, the elder son of the current 85-year-old emperor, has made research into water issues his life's work. After advancing to a graduate school at Gakushuin University in 1982, he spent two years at Oxford University's Merton College, beginning his studies in England in 1983. 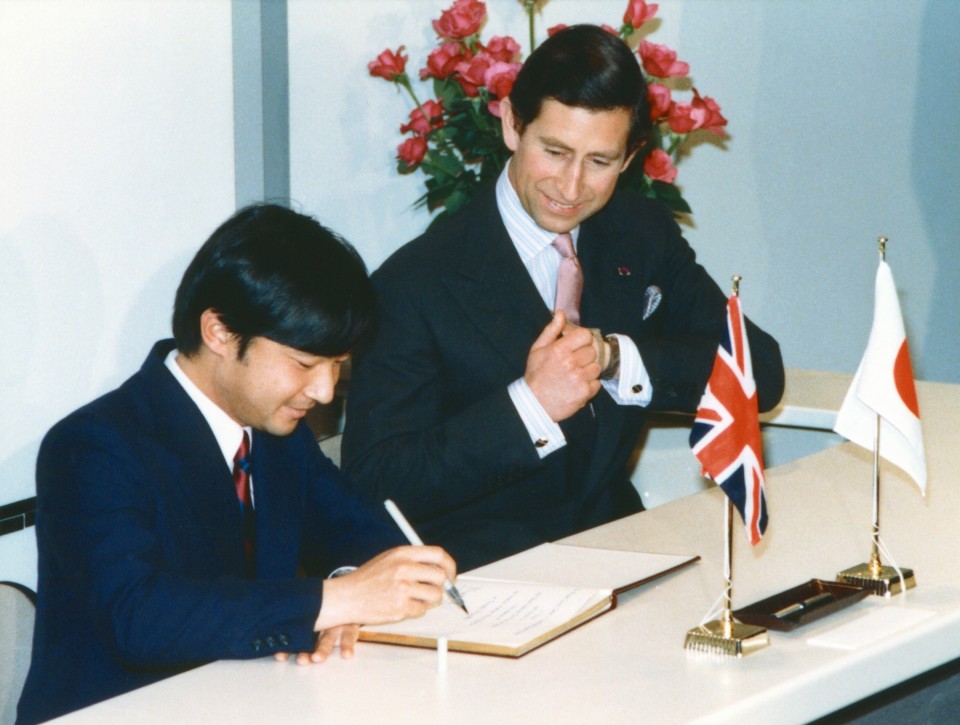 He focused his research at Oxford on the history of transportation on the River Thames, publishing a paper titled "The Thames as a Highway" in 1989, and was awarded an honorary degree of Doctor of Laws by Oxford University in 1991.

This expertise led to him serving as honorary president of the U.N. Secretary-General's Advisory Board on Water and Sanitation.

The crown prince said in a press conference on the occasion of his birthday in 2009 that he believes resolving water problems will help alleviate poverty and bring an end to regional conflicts often sparked or exacerbated by contests for water resources.

"I think what he's going to try to remind his countrymen of is that they have a responsibility not only to think of Japan but also think of the world and to try to improve the lives of the least fortunate," Ruoff said.

Japan emperor to be addressed with "emeritus" after abdication

Memoir of Japan crown prince reissued ahead of accession

With both the crown prince and Crown Princess Masako, a Harvard- and Oxford-educated former diplomat, having more international experience than the present emperor and empress, Ruoff said, "Their whole background and education have prepared them to play a leading role in this global age."

The biggest challenge the next emperor may face, domestically, is how to create a sense of unity in a country seeing significant societal shifts, according to the scholar, who referred specifically to the improving rights for sexual minorities, for people with disabilities, and for women in their pursuit of a career.

In addition, the number of foreigners in Japan is expected to increase with the country introducing a new visa system Monday to tackle a serious labor crunch born out of its rapidly aging society.

Ruoff said it is a change the new emperor will not be able to ignore.

"If Japan becomes more multi-racial, more multi-religious, more multi-cultural, there will be challenges," Ruoff said, adding that the new emperor "can play an important role in reminding people...we can respect diversity but we can still forge unity out of it."

The professor said the crown prince's remarks in which he praised Malaysia for being an ethnically diverse, yet tolerant country before traveling there in 2017 show he has considered carefully the challenges facing modern Japan.

Ruoff said the next emperor being seen to visit classes in which foreigners in Japan are undertaking language studies or spending time with Korean residents in Japan, many of whom have suffered discrimination, could be more influential than meetings with people of Japanese descent overseas.

Although the current emperor will become the first living Japanese monarch in about two centuries to step down, the abdication itself is not rare in the global context, the scholar said.

"Since 2006, there have been five other kings and queens who abdicated worldwide and four of them were from what we call symbolic monarchies," Ruoff said, adding the "demanding" nature of royal life is a reason many step down.

When Emperor Akihito expressed his desire to resign in a rare video message in August 2016, he cited concern that he might not be able to fulfill his official duties due to his advanced age.

Ruoff said generational change enables royals "to stay in tune with the people," which is important to ensure the monarchy continues to be relevant in modern Japan.