Both cars made their debuts in 1969. The refreshing of the iconic vehicles comes amid growing pressure on Nissan to improve its corporate image following the arrest of its former boss Carlos Ghosn for alleged financial misconduct at the Japanese carmaker.

The all-wheel drive GT-R is recognized as one of the fastest commercially available sedans in the world, winning many races in and out of Japan especially in the 1990s and 2000s.

The sleek, streamlined Fairlady Z, which was also known abroad as the Datsun Z, was a smash hit in the 1970s and gave Nissan a firm footing in the U.S. market, according to the company.

"We feel proud of the GT-R and Fairlady Z for having been some of the best cars in the world. We would like to provide driving pleasure and excitement to our customers," Nissan Senior Vice President Asako Hoshino said at a ceremony in Tokyo. 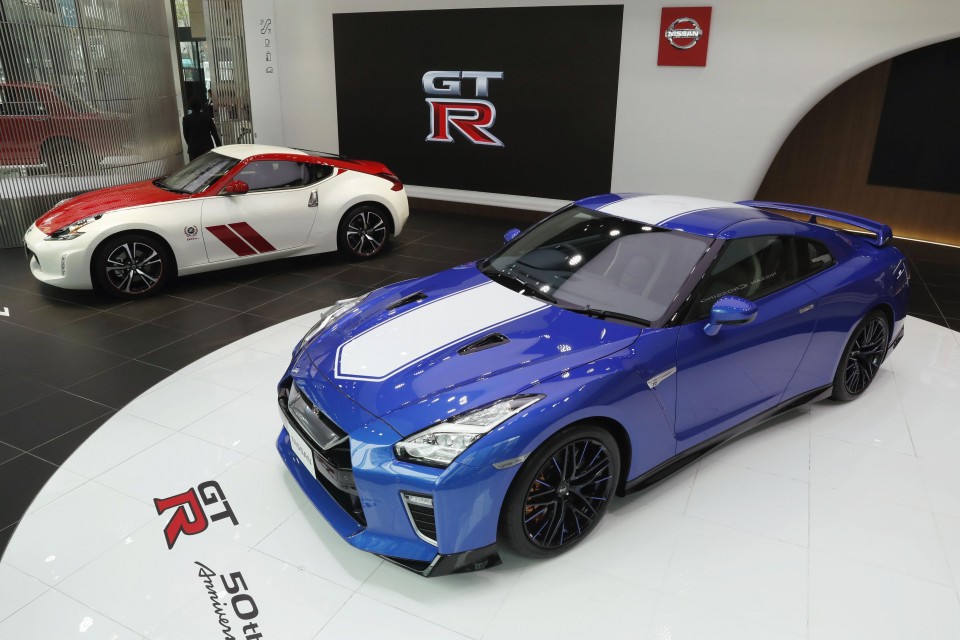 The special-edition GT-R has two-tone exterior color combinations to represent the first-generation GT-R that dominated in domestic races in the 1960s and 1970s, while the Fairlady Z is painted white and red in the same style as an older model that competed in U.S. races in the 1970s.

The anniversary GT-R will be on sale from June in Japan with the price starting at 13.2 million yen ($118,000). Orders will be accepted until next March. The special Fairlady Z will arrive in the domestic market this summer.

Nissan said it will also sell both models in overseas markets but has not detailed their release dates and prices.

Nissan temporarily suspended production of the GT-R and Fairlady Z in the early 2000s due to stricter emission regulations, but later resumed making them amid the enduring popularity of the cars.