Japan in celebratory mood over start of new imperial era

Throngs of jubilant Japanese people are planning to attend events across the country Wednesday to mark the start of the new imperial era, Reiwa, with the ascent of Crown Prince Naruhito to the throne.

As the new era begins at midnight Tuesday, countdown events, fireworks, and other festivities have been scheduled to aid the country's celebratory mood, while security was tightened around the Imperial Palace and other major spots.

See the latest version of this story

Japan in celebratory mood at start of new imperial era

In the middle of an unprecedented 10-day Golden Week holiday for the imperial succession, Naruhito's ascent will be celebrated in many different ways.

Some Japanese couples planned to get married at midnight, when the era name changes from Heisei, or "achieving peace" to Reiwa, meaning "beautiful harmony." 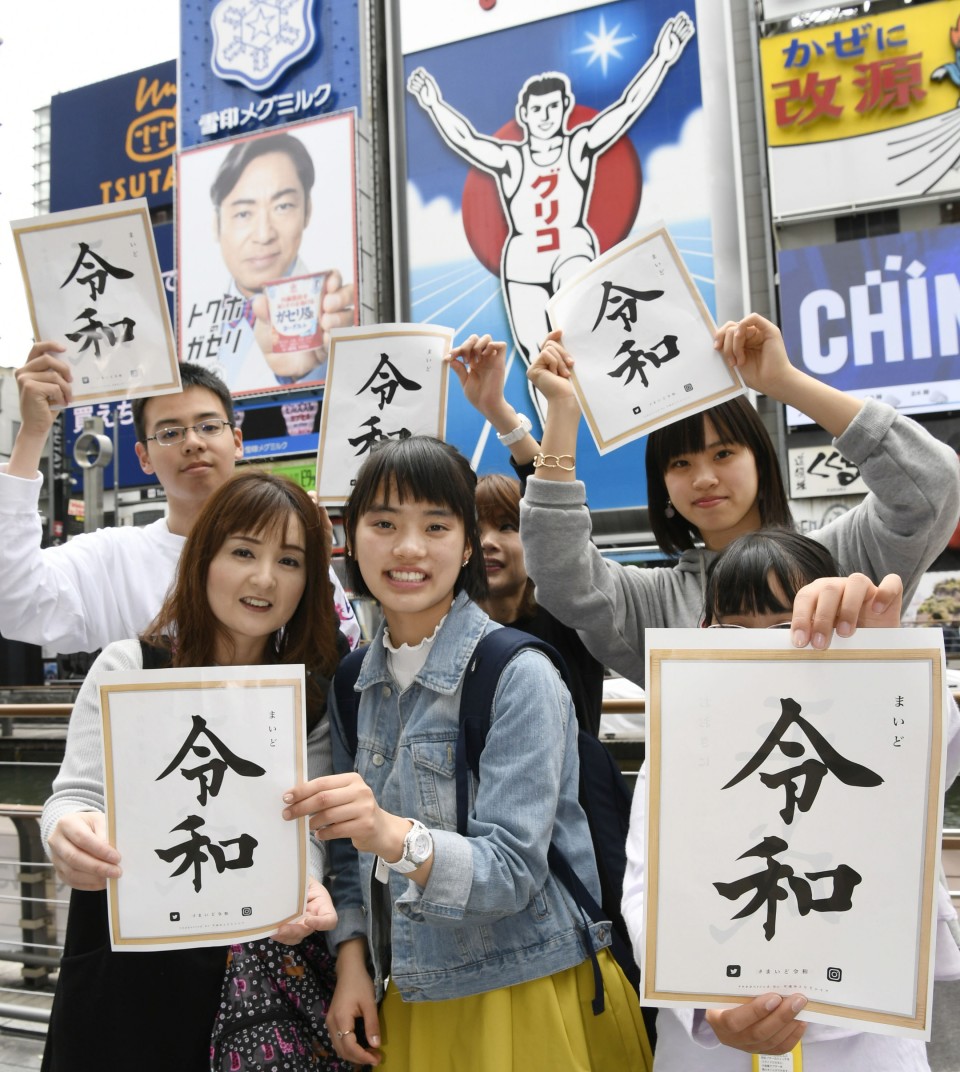 (Tourists pose with signs showing the name of Japan's new era Reiwa in Osaka on April 30, 2019.)

Elementary school children and their parents in the western prefecture of Okayama are scheduled to experience the name change "midair" by jumping all at once at a gymnasium.

In Fukuoka Prefecture, southwestern Japan, the only railway operator bearing the name of Heisei is organizing a countdown event on the day's last train, which is due to arrive at its destination Saigawa Station early Wednesday.

"We want to continue running the train by doing something new in the era of Reiwa," said Kenichi Kawai, president of Heisei Chikuho Railway Co.

Social media was abuzz with the first change of an era name in three decades. Instagram users uploaded photos of themselves holding up a board with the two Chinese characters symbolizing the new era as Chief Cabinet Secretary Yoshihide Suga, often dubbed "Uncle Reiwa" by young people, did when he unveiled it on April 1.

On Twitter, one user said, "I became tearful" when Emperor Akihito delivered his last words at his abdication ceremony on Tuesday, while others expressed their gratitude. 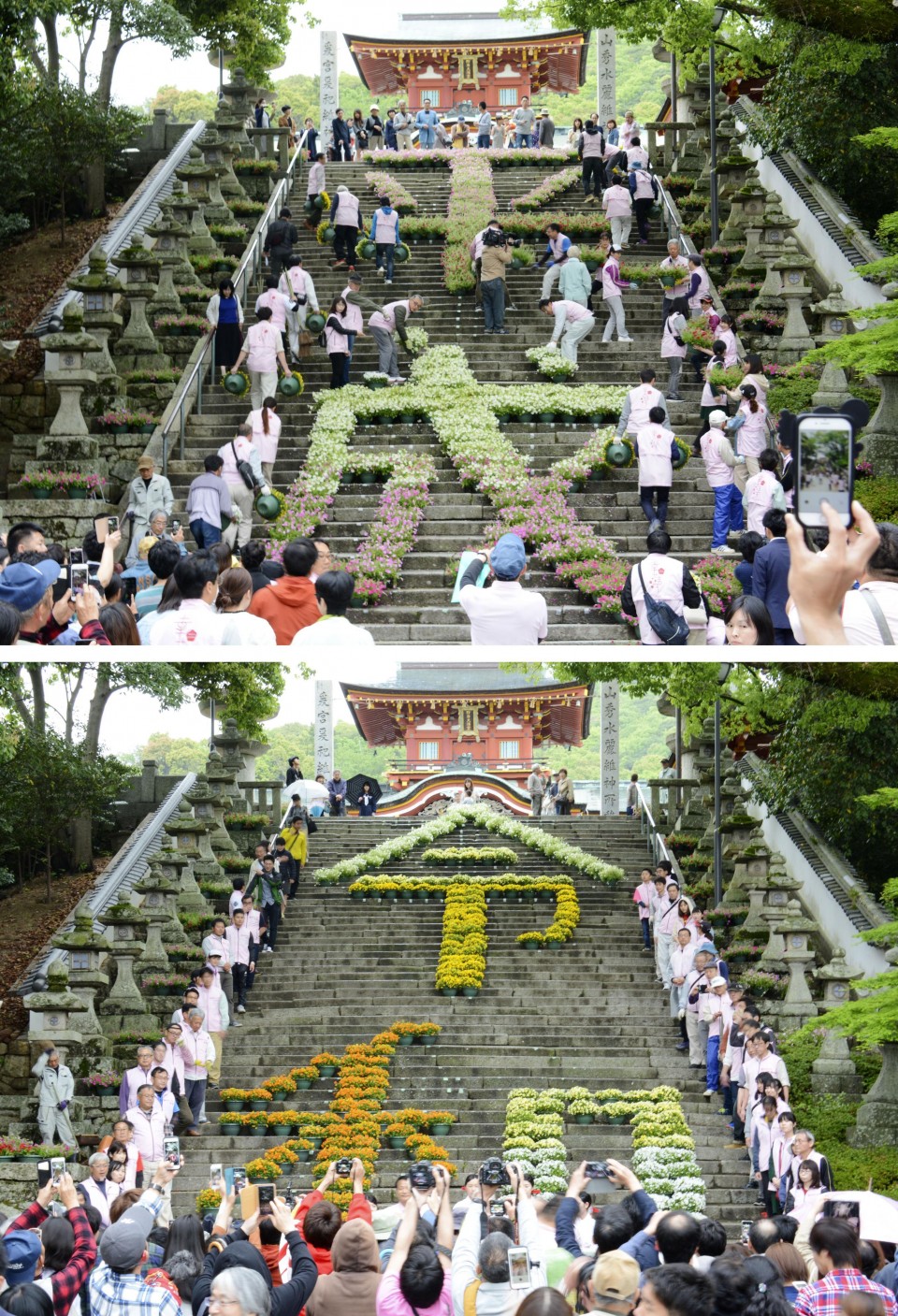 Some users, however, took a more cool-headed attitude, with one saying the era name will "not change everyday life drastically."

For people who visited places linked to Heisei, Tuesday was also a mix of celebration and reminiscence.

A roadside service station in Gifu Prefecture, named Heisei, was packed with visitors from early in the morning, leaving its parking lot for about 200 cars full for the day.

"I'm surprised to see so many people out here. I hope that Reiwa will be a peaceful era without any natural disasters," said Fumio Konno, 78, who came from neighboring Aichi Prefecture.

At Tokyo's Haneda airport, All Nippon Airways Co. had plans to hand out gifts to passengers boarding its last flight of the Heisei Era and first of the Reiwa Era, both to Thailand's Bangkok.