Former Nissan Motor Co. Chairman Carlos Ghosn was arrested Thursday for the fourth time, over a new allegation that misusing Nissan funds led the automaker to sustain a $5 million loss, less than a month after his release on bail in Tokyo.

The new arrest warrant, served for an allegation of aggravated breach of trust over a payment made to a distributor in Oman, marks another turn for the once-feted auto tycoon, who was preparing to defend his innocence at trial. It is considered unusual in Japan for suspects to be rearrested while on bail.

Ghosn, released on March 6 after being held for 108 days at the Tokyo Detention House, was driven back there from the Tokyo District Public Prosecutors Office in a vehicle that had arrived at his apartment around 6 a.m. 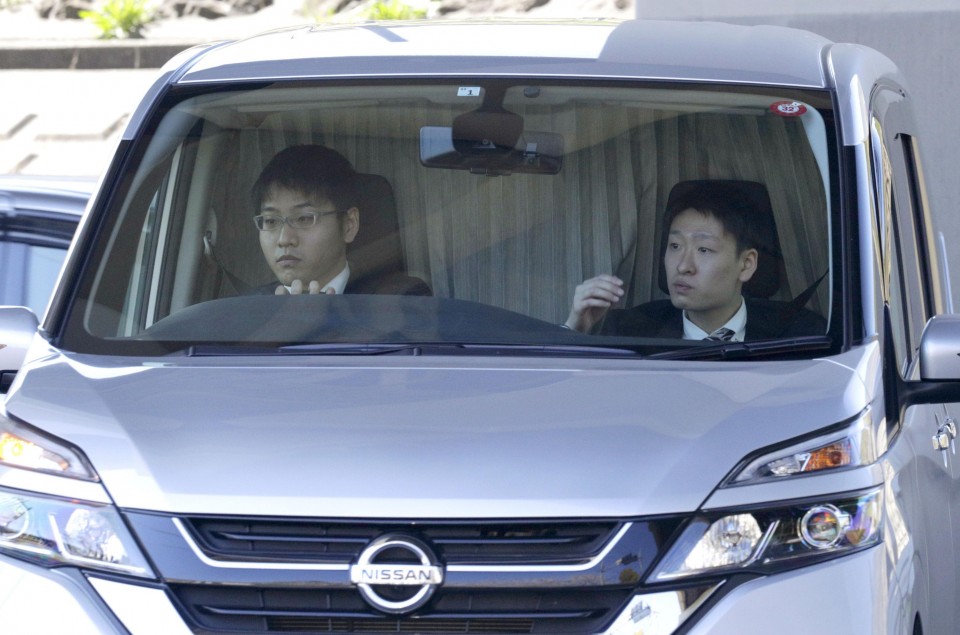 (A vehicle believed to be carrying Ghosn enters the Tokyo Detention House.)

The arrest came a day after the 65-year-old made a surprise announcement on Twitter that he would hold his first press conference since being released, on April 11, to "tell the truth about what's happening."

After seeing reports the previous day that he may be rearrested, Ghosn has called it "bad news," according to Junichiro Hironaka, one of his lawyers.

Prosecutors served Ghosn with the latest warrant on suspicion he misused Nissan funds paid to the Omani distributor. Ghosn denies the allegation.

"My arrest this morning is outrageous and arbitrary. It is part of another attempt by some individuals at Nissan to silence me by misleading the prosecutors," Ghosn said in a statement after his rearrest. "I am innocent of the groundless charges and accusations against me."

With Ghosn now in custody again, it will be impossible for him to speak to the press. Hironaka told reporters that the defense team is set to release a video of his statements, recorded while on bail.

"The arrest is, in a sense, a way to keep Mr. Ghosn's mouth shut" by holding him in custody, Hironaka said at a packed press conference at the Foreign Correspondents' Club of Japan, in Tokyo. "It is a reckless action and I strongly protest it."

Hironaka said that prosecutors could have pressed another charge on the latest allegation without putting Ghosn in custody.

"The court granted Mr. Ghosn bail because it judged that there is no fear of flight or destroying of evidence," he said. "But the prosecutors are trying to pressure Mr. Ghosn by detaining him." 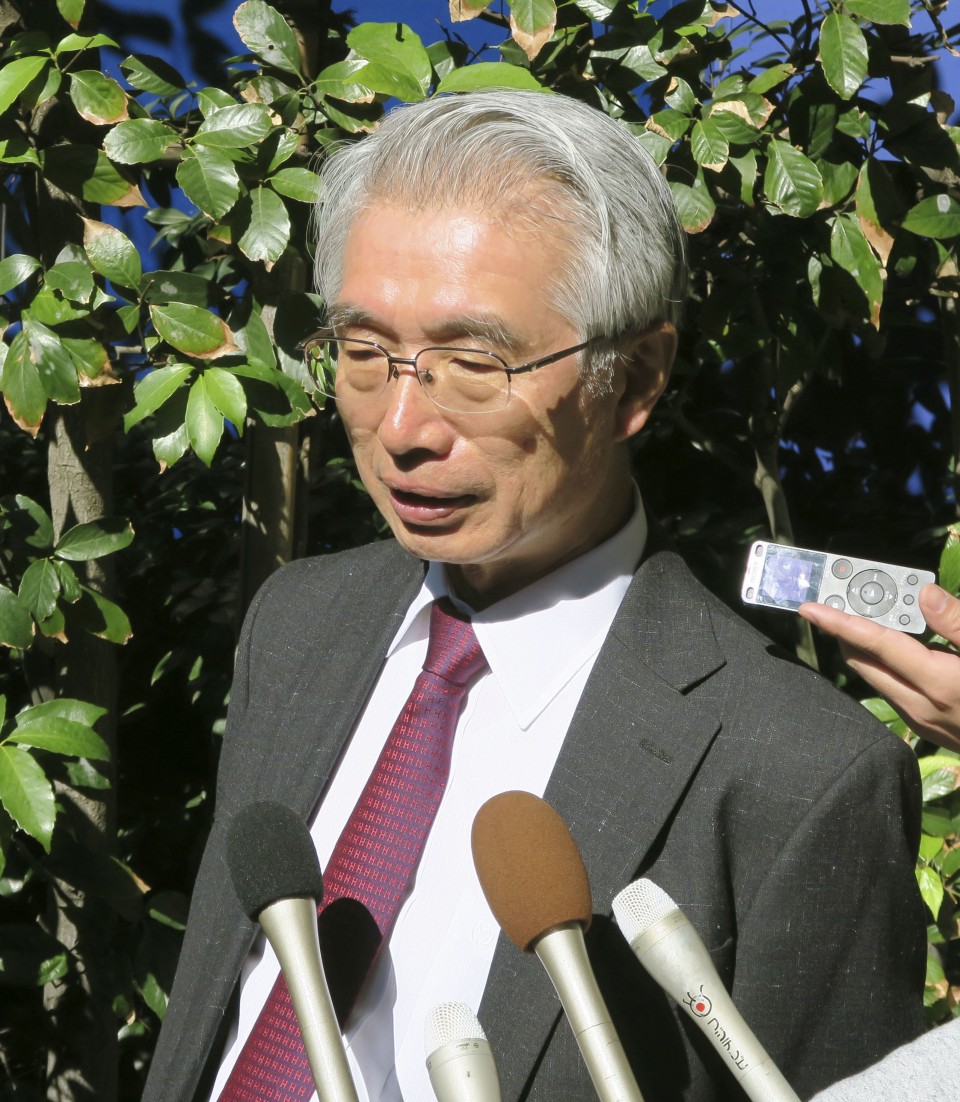 (Junichiro Hironaka, a lawyer for Ghosn, speaks to reporters in Tokyo on April 4, 2019.)

Since the initial arrest in November, the treatment of Ghosn has brought Japan's criminal justice system under international scrutiny, with practices such as detaining a suspect for long periods and conducting interrogations without a lawyer present likened by critics to "hostage justice."

Shin Kukimoto, deputy public prosecutor at the Tokyo District Public Prosecutors Office, told a press conference that his office is "doing what needs to be done."

"It is our responsibility as prosecutors to clarify facts when there are allegations of crime," Kukimoto said.

The start of Ghosn's trial, which the Tokyo District Court previously said could be as soon as September, is likely to be delayed following the fresh arrest, according to Hironaka.

Ghosn is now facing a claim that he caused Nissan a loss of $5 million by having Nissan Middle East F.Z.E., its subsidiary in the United Arab Emirates, pay the Omani distributor $15 million between December 2015 and July 2018, with one third of the sum transferred to a savings account which Ghosn effectively controlled, according to prosecutors.

Sources close to the matter said earlier the fresh allegation is in connection with part of the 3.5 billion yen ($31 million) paid to the Omani distributor from 2012 as sales incentives from Nissan's so-called CEO reserve, a pool of funds Ghosn could use at his discretion. 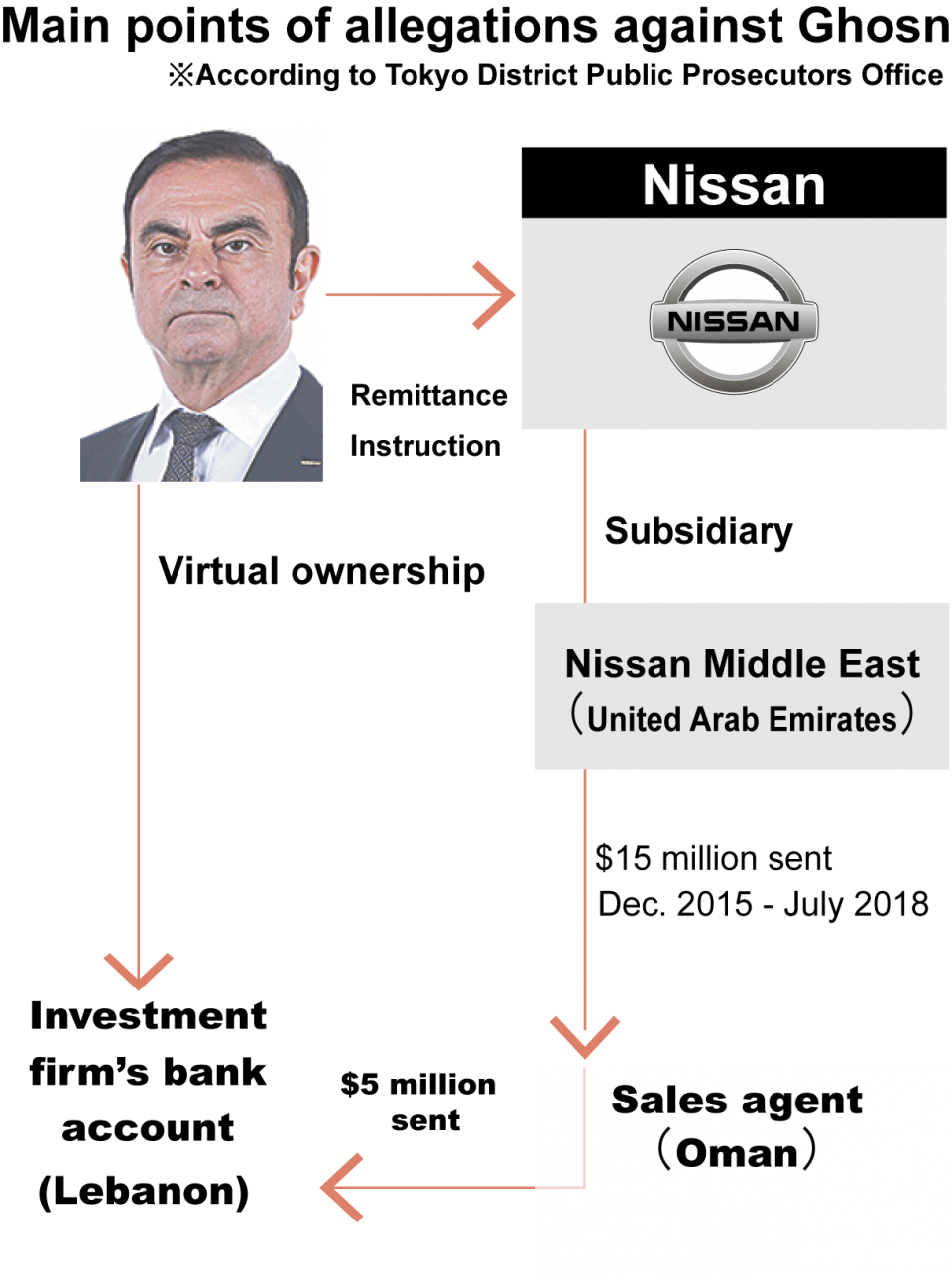 Some of the funds were allegedly transferred via a firm called Good Faith Investments, to a company represented by Ghosn's wife. A senior official of the distributor, an acquaintance of Ghosn's, was listed as chief of the investment company, which was effectively owned by Ghosn.

A lawyer, another acquaintance, was involved in setting up and operating the company, the sources said.

The money from the company may have been spent to purchase a luxury yacht for the use of Ghosn's family, and other items, according to the sources.

A U.S.-based investment company, where Ghosn's son serves as CEO, is also suspected of receiving money from Good Faith Investments, the sources said.

Ghosn had been preparing to defend himself against charges that include violating the financial instruments law by underreporting remuneration to regulators over a number of years, and aggravated breach of trust in relation to the alleged transfer of private investment losses to Nissan.

The latest arrest of Ghosn, who also served as chairman at Nissan's alliance partners Renault SA and Mitsubishi Motors Corp., came as the three automakers were stepping up their probe into allegations of his misuse of company funds for private purposes.

Renault said Wednesday it has informed French judicial authorities of potential payments of some 10 million euros ($11 million) made to an Omani distributor from the budget controlled by Ghosn when he was chairman.

Renault also reported earlier to French authorities that Ghosn received 50,000 euros in personal benefit under the carmaker's sponsorship deal with the Palace of Versailles, where he held his lavish wedding reception in 2016.

After the arrest in November, the three carmakers all removed Ghosn, architect of one of the world's largest auto groups, as chairman and vowed to start afresh to strengthen the alliance.

He also quit as a board member of Renault-Nissan B.V., a joint venture overseeing the Japanese-Franco group in the Netherlands.

Renault's new chairman, Jean-Dominique Senard, now leads a board that manages the three-way alliance, as the group has blamed the previous management structure for allowing Ghosn too much power.

Ghosn, who was sent in from Renault and credited for saving Nissan from bankruptcy in the late 1990s, is set to be removed as a Nissan board member at its extraordinary general shareholders' meeting next Monday. Renault said Ghosn will resign as its director, effective June.

The following are the main points of allegations made against former Nissan Motor Co. Chairman Carlos Ghosn by Tokyo prosecutors since the 65-year-old was arrested for the first time in November over alleged financial misconduct.

In the fourth arrest warrant served Thursday for alleged aggravated breach of trust, Ghosn is suspected of

-- causing Nissan a loss of $5 million by having transferred part of a payment made to an Omani distributor by Nissan Middle East F.Z.E. to an account of Lebanese investment firm Good Faith Investments, which Ghosn effectively owns.

In the past indictments, Ghosn is accused of

-- understating his remuneration for the eight years through March 2018 by around 9 billion yen ($80 million) by submitting a securities report which said the amount was about 7.8 billion yen while it was actually about 17 billion yen.

-- switching a personal currency swap contract with Tokyo-based Shinsei Bank that had an appraisal loss of 1.85 billion yen to Nissan.

-- causing damage to Nissan by having it pay $14.7 million in total between June 2009 and March 2012 to Khaled al-Juffali, a Saudi businessman who guaranteed credit for Ghosn over his private investment, with the money coming from the automaker's subsidiary in the Middle East.