Japanese Prime Minister Shinzo Abe embarked Monday on an eight-day European and North American trip hoping to rally support for jointly tackling global issues such as free trade as chair of this year's Group of 20 summit.

With China aiming for greater influence with its "Belt and Road" infrastructure scheme in Europe, Abe is expected to push Japan's own initiative, highlighting its aim of helping other nations build "high-quality" infrastructure that supports economic growth and ensures fiscal sustainability. 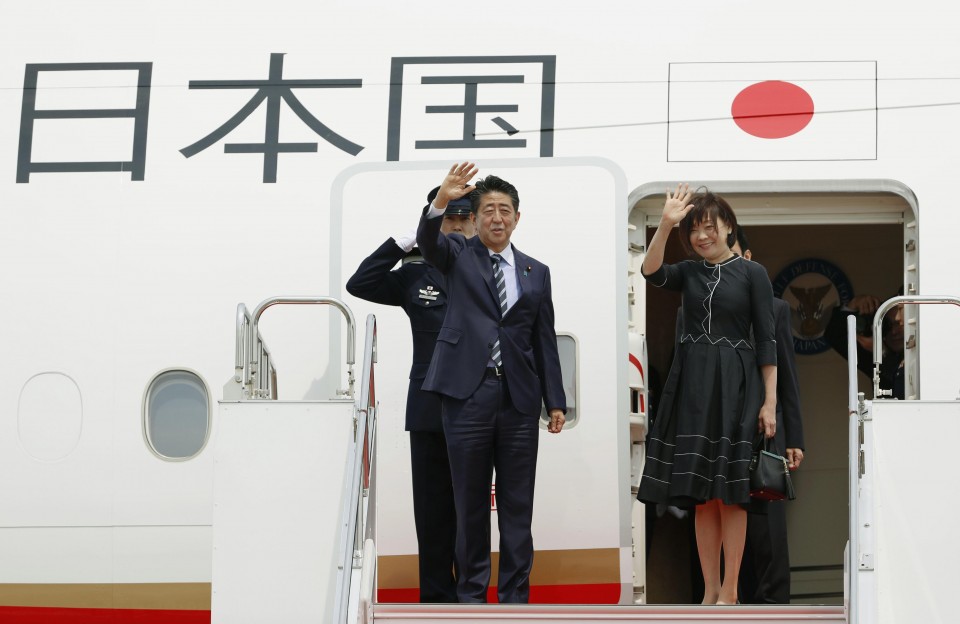 But Abe will also try to strike the right balance in such discussions amid a recent thaw in Japan-China ties, as Tokyo makes preparations for President Xi Jinping's first visit to Japan for the G-20 summit in late June in Osaka.

"I will exchange views on major topics thoroughly with my foreign counterparts and coordinate efforts toward making (the summit) a success," Abe told reporters at Tokyo's Haneda airport before leaving for the six-nation trip.

The prime minister will travel aboard the new government Boeing 777-300ER that entered into service earlier this month.

The plane, primary used by the prime minister and the emperor, is more fuel efficient and has a longer travel distance than the previous government aircraft, a Boeing 747 that entered service in 1993, with inflight Wi-Fi available.

Abe will visit France, Italy, Slovakia and Belgium before travelling to the United States and Canada. The prime minister will return to Japan on April 29, the day before Emperor Akihito's abdication.

One overarching theme of the G-20 summit under Japan's presidency will be the state of the world economy, Japanese government officials say, reflecting heightened trade friction between the United States and China and the threat posed to free trade.

With roughly two months to go to the summit, Abe hopes to exercise his leadership in coordinating views among the G-20, whose diverse membership has often led to divisions.

Abe chose France as his first stop, hoping to work closely with Paris, the holder of this year's Group of Seven presidency. In a meeting with President Emmanuel Macron on Tuesday, Abe is expected to express readiness to provide support for the reconstruction of the fire-damaged Notre Dame Cathedral, according to Japanese officials.

On the second leg of the trip, Abe hopes to get Italy's support for achieving a "free and open" Indo-Pacific region, a concept being pushed by the United States as well as Japan, when he meets with Italian Prime Minister Giuseppe Conte. 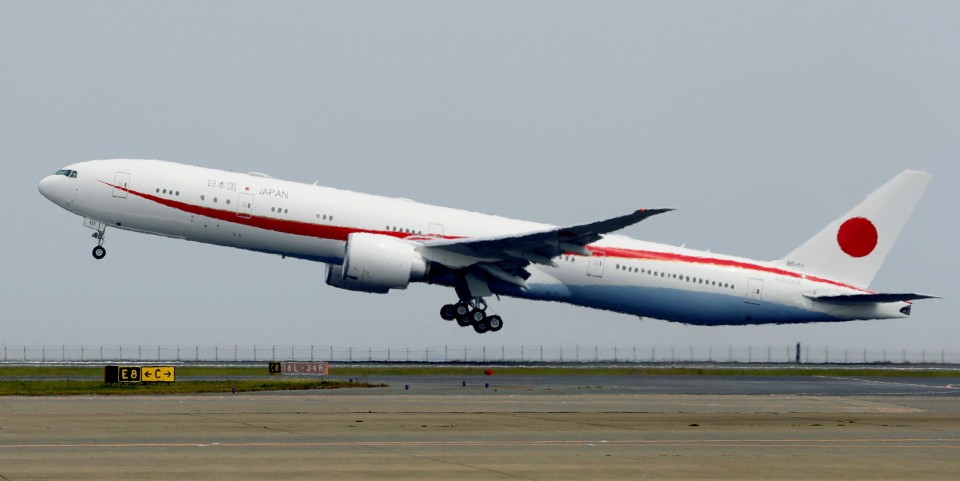 The visit comes after Rome endorsed China's Belt and Road initiative in March, becoming the first G-7 member to do so, raising concern in the group of leading industrial nations as well as within the European Union about the prospect of China getting a stronger foothold within the 28-member bloc.

Abe will be the first Japanese prime minister to visit Slovakia, where he is scheduled to hold a meeting on Thursday with leaders from the Visegrad Four -- Slovakia, the Czech Republic, Poland and Hungary. Eastern Europe is seen as a key area for China's envisaged expansion.

"European countries are paying attention to Chinese moves and we want to convey our stance (on infrastructure development) and also hear their views too," a Japanese official said.

In Brussels, Abe will sit down for talks with European Council President Donald Tusk and European Commission President Jean-Claude Juncker to make sure that both parties are united in pursuing free and rules-based trade, now that an economic partnership agreement between Japan and the bloc has come into force.

The leaders may also discuss Brexit after the European Union gave Britain until Oct. 31 to leave, with Tokyo wary of the potential negative blow on Japanese companies operating in the country.

Abe will then travel to the United States and meet with President Donald Trump on Friday to reaffirm cooperation in achieving North Korea's denuclearization. Trade is likely to be another key item on the agenda with Trump eager to address his country's hefty trade deficit with Japan and the second round of talks on a bilateral trade agreement expected to take place before the two leaders meet.

The prime minister may play golf with Trump and celebrate first lady Melania's birthday. His visit to the United States comes about a month before Japan is due to receive the Trumps as the first state guests of the new imperial era of Reiwa from May following the change of emperor.

In Canada, the final destination of his trip, Abe will seek to deepen bilateral economic and security ties further in a meeting with Canadian Prime Minister Justin Trudeau on Sunday.