U.S. President Donald Trump and first lady Melania Trump will visit Japan from May 25 to 28, making them the first state guests to meet with the country's new emperor, the Japanese and U.S. governments said.

The state visit, which follows the enthronement of Crown Prince Naruhito on May 1, is intended to showcase the closeness of the two countries' ties, they said. Talks between Trump and Japanese Prime Minister Shinzo Abe are also scheduled.

"The fact that Japan will host President Trump and his wife as the first state guests under the new era of Reiwa (to start under the new emperor) symbolizes the bond under the unwavering Japan-U.S. alliance," Japan's top government spokesman Yoshihide Suga said at a press conference Friday.

The White House said in a statement Thursday that the visit "will deepen the close bonds between the American and Japanese people and will highlight the continued importance of our alliance and partnership." 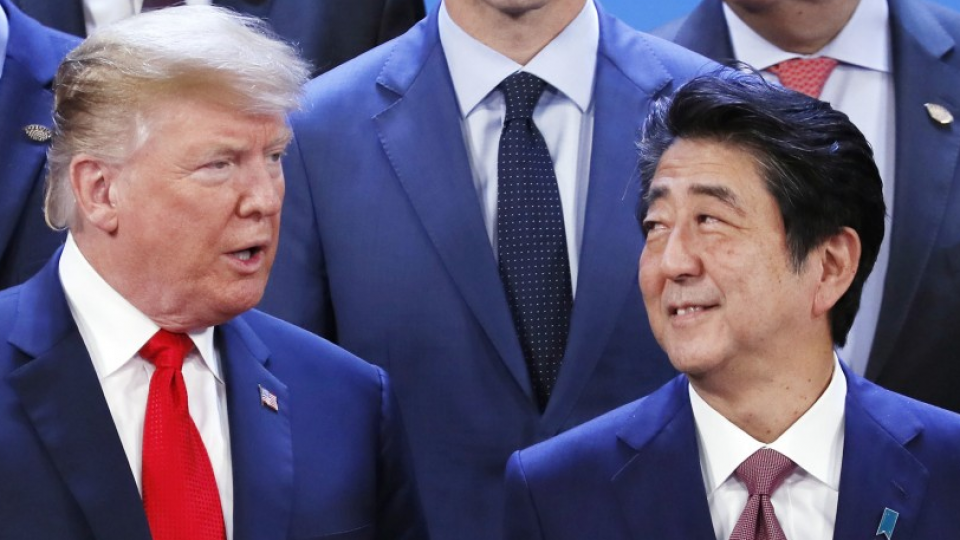 Sumo: Trump wants to watch sumo during Japan visit in May

During the trip, the Trumps are expected to meet the new emperor and attend a state banquet to be held at the Imperial Palace.

Abe and Trump, meanwhile, plan to hold talks to reaffirm cooperation in urging North Korea to deliver on its promise to denuclearize, and resolve Pyongyang's abductions of Japanese nationals in the 1970s and 1980s.

The two leaders, who are expected to meet every month between April and June, may also discuss trade. With Trump having taken issue with his country's hefty deficit with Japan, Tokyo and Washington launched earlier this week negotiations for a bilateral trade deal.

During his stay, Trump may watch a live sumo bout at an upcoming tournament and inspect an Izumo-class destroyer, Japan's largest postwar naval vessel. Japan has two such flat-top helicopter carriers, which will be remodeled to accommodate fighter jets.

Abe has built close personal ties with Trump, putting priority on strengthening the long-standing bilateral security alliance through a series of face-to-face talks and telephone conversations.

The Japanese prime minister also plans to visit Washington on April 26 and 27 to discuss a range of topics such as North Korea, while the U.S. president will likely travel to Japan again for a Group of 20 summit in Osaka in June.

Trump visited Japan in 2017, but not as a state guest.