A Tokyo department store began selling Thursday pairs of commemorative gold coins featuring the Chinese characters representing Reiwa and Heisei, the respective names of Japan's new and current eras, ahead of the May 1 imperial succession.

The Japanese era name, or "gengo," is used for the length of an emperor's reign. Japan will welcome the Reiwa era upon Crown Prince Naruhito's ascension to the throne, one day after his father Emperor Akihito's April 30 abdication. 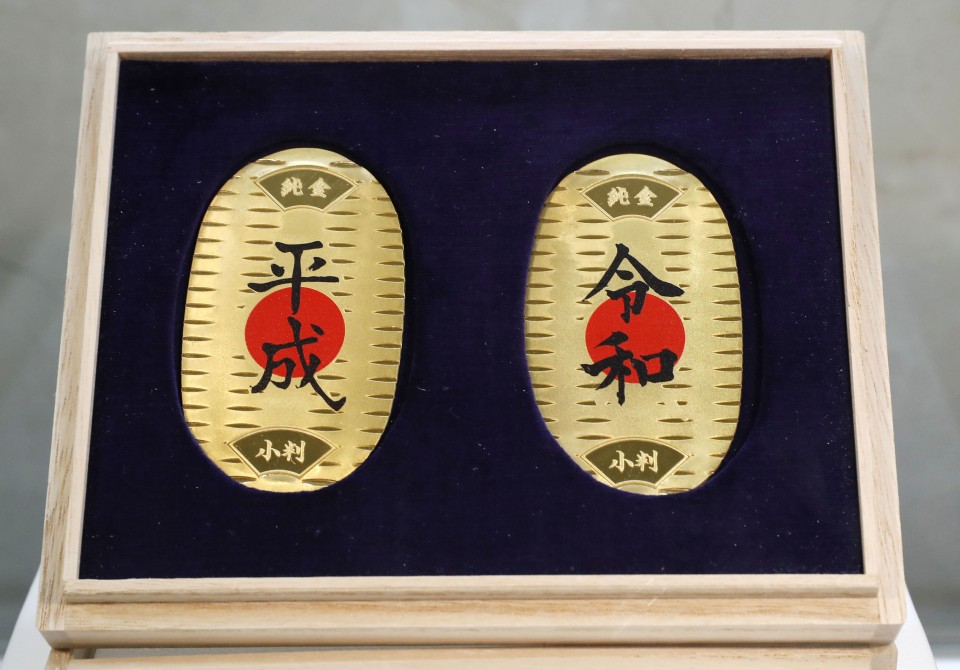 "It looks good with two gengo names lining up side by side. I will not buy them today, though, because of the price," said Tomoe Shida, 70, from Tokyo's Ota Ward, as she peered inside a case containing the coins.

Koban coins were widely used in Japan in the Edo Period (1603-1868). The newly minted examples are oval-shaped, about 8 centimeters long, some 4.4 cm wide and weigh around 60 grams.

Japan to have new banknotes in 2024, one featuring Hokusai's "Great Wave"

"I hope people will enjoy seeing the two era names lining up in the last phase of Heisei," a department store official said.

The Takashimaya Co. outlet is also selling 100-gram gold bars, each engraved with either Reiwa or Heisei, at 864,000 yen per unit.