With just under 150 days to go until Japan kick off the 2019 Rugby World Cup against Russia in Tokyo, Jamie Joseph's side are slowly starting to gather momentum.

On Saturday at Prince Chichibu Memorial Rugby Ground, the Wolf Pack -- the name given to the extended World Cup training squad -- beat the Western Force 51-38.

But with just 12 Sunwolves, Wolf Pack and Brave Blossoms games remaining before World Cup starts on Sept. 20, Joseph said there is still much to work on if Japan are to reach their goal of a top-eight finish.

With injuries taking their toll and certain players, such as Japan captain Michael Leitch, yet to play in 2019 as their work load and health are carefully managed, Joseph said it had been hard to build any consistency, particularly with the Sunwolves.

"We have to ensure (the national players) can play at the right time of the year," he said when asked why certain players were being held back from the tougher Super Rugby competition.

While the Sunwolves have struggled as a result, the Wolf Pack have overcome a poor start to go on a three-game winning streak.

Having started with a 52-31 loss to the Hurricanes development side in New Zealand back in March, the Pack have gone on to beat the Highlanders B side 46-21 before hammering the Hurricanes B team 66-21 in their rematch in Chiba last weekend. 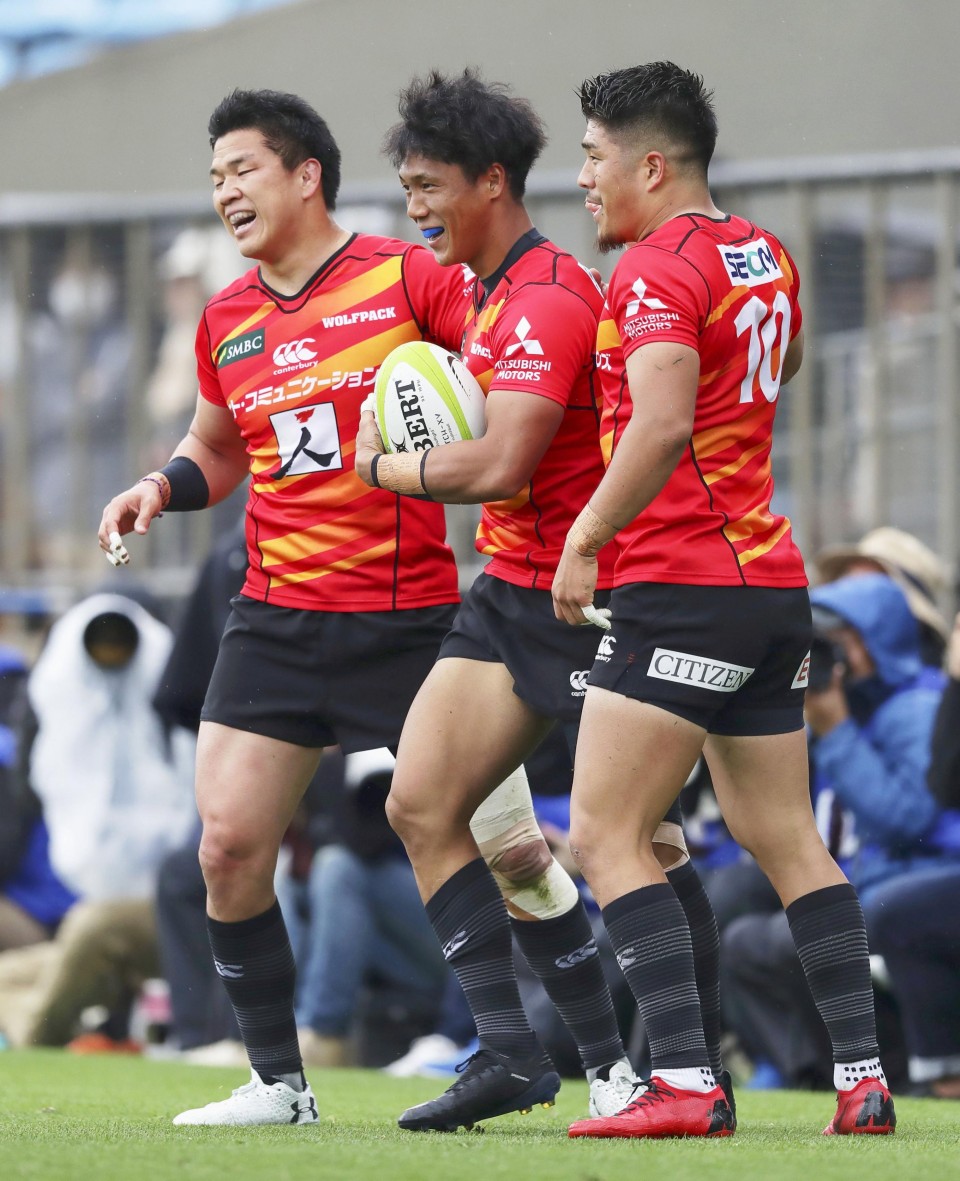 Saturday's win was built on a good first half, but the manner in which they allowed the Australian team back into the game after leading 30-10 at the break will raise a few alarm bells given the far tougher opponents the Brave Blossoms will face in September and October.

"Mentally we went to sleep, we lost our shape (in defense) and the Force put us under pressure and made us look average. We need to be comfortable winning and then keeping a lead."

Joseph admitted the slew of changes he made and the decision to take off some of the team leaders had contributed to the poor second half, but he said he needed to test certain players with the World Cup in mind.

"We are not going to win at the World Cup with just 23 players. We need to take a risk now and develop players...to see if they can (lead)."

Rikiya Matsuda was given the responsibility of leading the backs on Saturday and Joseph said he got a "seven out of 10" for his efforts.

"He did very well in the first half but needs more opportunities like that."

Matsuda and Japan's first choice No. 10 Yu Tamura are both steady players who kick well from the tee. But the worry is they lack the real pace needed to ignite a backline that thrives off turnover ball.

One player not lacking pace is Takuya Yamasawa, and the reserve flyhalf scored a great individual try against the run of play that stopped the Force's second-half comeback in its tracks.

But his wasteful kick after the final whistle allowed the Force one final score and perhaps highlighted why he is often overlooked by Joseph.

Of the other backs, Kenki Fukuoka once again proved he is a world-class player whose speed is complimented by strong awareness. His pass to Atsushi Sakate for the Wolf Pack's opening try was one of the highlights of the first half.

Up front, the line-outs -- a real Achilles heel for the Sunwolves -- seemed better with Sakate hitting his jumpers and Uwe Helu and Lappies Labuschagne forcing a number of steals.

The scrums, however, remain a big problem. Besides being a huge source of penalties for the opposition, the Wolf Pack and Sunwolves have both struggled to launch clean attacks from their own put in.

A night after the Sunwolves scrum were destroyed by the Highlanders, the Wolf Pack gave up three penalties early on to the Force. Joseph, however, dismissed concerns in light of the big lead his side had built.

"When we are winning 30-10 at the break those penalties were not at the front of my mind," he said.

On the plus side, Amanaki Lelei Mafi looks better and better the more game time he is given and with the likes of Leitch, Labuschagne, Kazuki Himeno, Grant Hattingh, Shuhei Matsushima, Rahboni Warren-Vosayaco, Ben Gunter and Hendrik Tui, Joseph is spoilt for choice in the back row.

If the remaining 12 games result in Joseph having the same sort of selection "problems" in other positions, Japan will be well-placed to take on Russia, Samoa, Ireland and Scotland.

But for now, the jury is out on that.