Chofu city in Tokyo's western suburbs is gearing up to host the opening match of the Rugby World Cup this fall with a little help from a rugby-mad mascot.

Some 15 minutes by express train from Shinjuku, a major business, shopping and entertainment hub, the city is the venue for eight games during the tournament, which is being held in Japan for the first time. 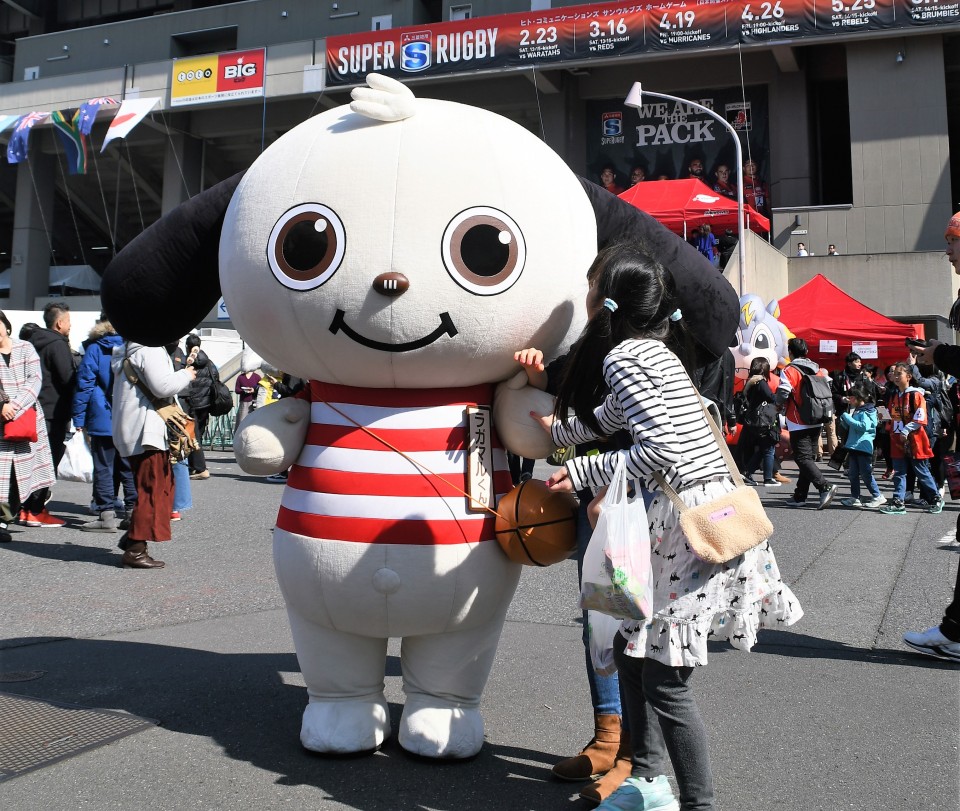 As the locals get ready to welcome rugby fans from around the world, they are getting a boost from a mascot dreamed up by an actor who loves the sport.

Ragamaru Kun is the creation of Masashiro Imae, who felt he had to do something to drum up enthusiasm in the run-up to the World Cup.

Imae, 31, known professionally as Ken Imae, said he became concerned after he saw public interest in rugby waning once the euphoria over Japan's historic win over South Africa during 2015 World Cup in England had died down.

From Kyoto Prefecture in western Japan, Imae had no previous link with Chofu. But he contacted city officials anyway, asking if it would be OK for him to promote the tournament with a cute-looking mascot whose name is a combination of rugger and round.

The Chofu city office welcomed the idea, designating the mascot as an official cheerleading ambassador in June 2018. The same year, Ragamaru Kun placed 25th out of more than 500 competitors in a national contest for the best municipal mascot.

"I'm just motivated by my love of the game," said Imae, who played rugby at high school and college. "I hope Ragamaru Kun will encourage people to get to know the game."

As for Chofu city officials, they are hoping that overseas fans beating a path to Tokyo Stadium will take an interest in what else their city has to offer apart from the rugby.

Tatsuya Kobayashi of the Public Affairs Service and Sports Department recommends visitors enjoy a stroll around tourist spots such as the Buddhist temple of Jindaiji, which legend has it was built by a monk in 733. 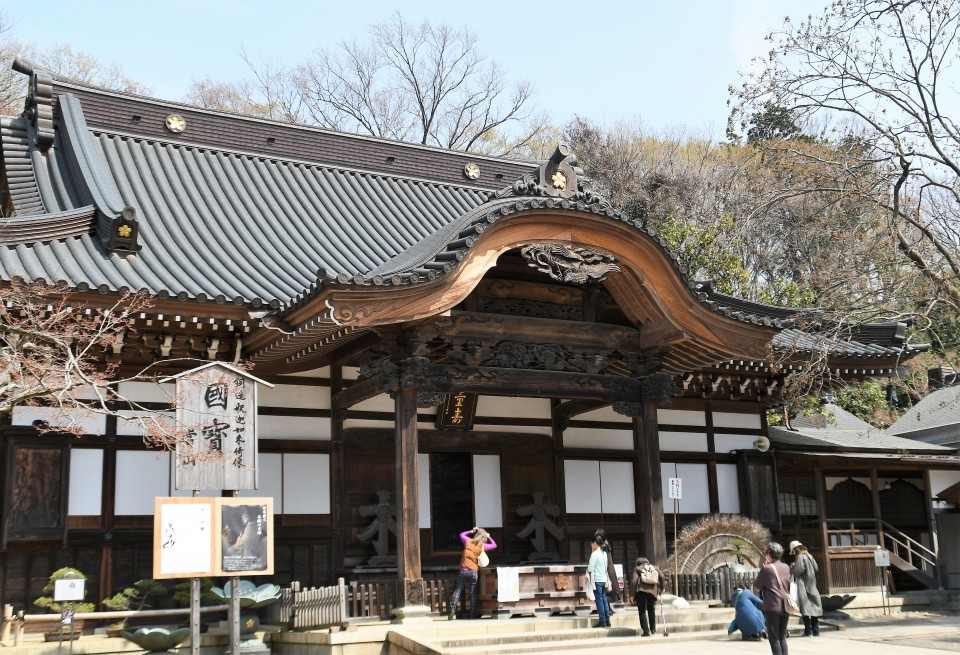 (Tourists visit the main hall of Jindaiji, a Buddhist temple, in Tokyo's Chofu on March 25, 2019.)

The temple features a statue of Hakuho Buddha, a national treasure, and the surrounding area is dotted with buckwheat noodle restaurants and shops selling traditional "daruma" paper dolls.

Next to the stadium -- more commonly known as Ajinomoto Stadium and home to professional soccer team FC Tokyo -- is the Musashino Forest Sport Plaza, which will host badminton and wheelchair basketball during next year's Olympics and Paralympics. 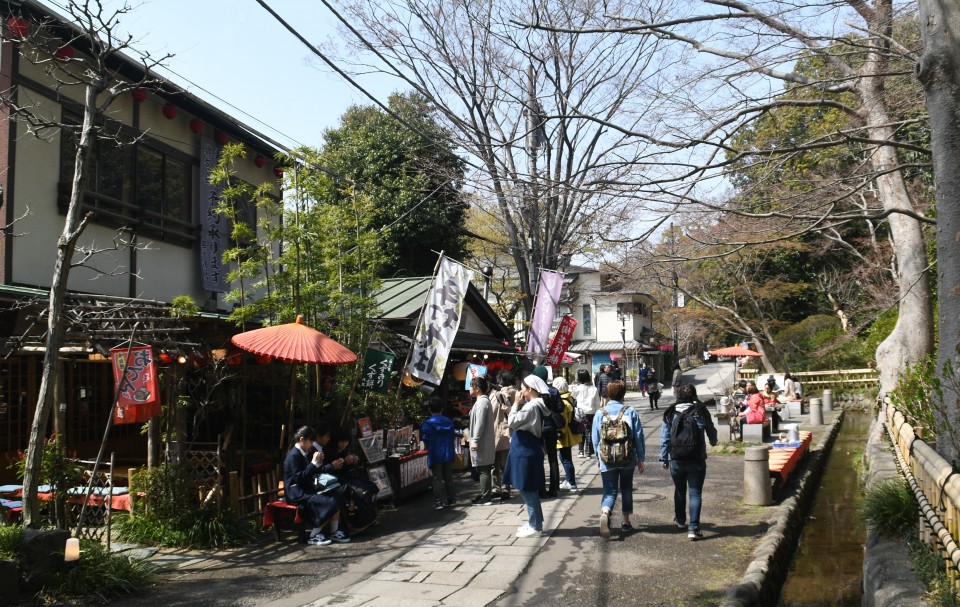 Chofu's other Olympic connection dates back to the 1964 Tokyo Games, when it was the turnaround point for the marathon.

Kobayashi said the city has been working hard to offer rugby fans smooth access to the 50,000-capacity stadium from nearby train stations including Chofu of Keio Corp., Tama of Seibu Railway Co. and Musashisakai of East Japan Railway Co.

If they're in luck, they may run into Ragamaru Kun along the way.