The epic tale of Japan's first foreign-born samurai is soon to hit bookshelves, giving readers a comprehensive picture of a man who witnessed great moments of history but whose story has largely been overlooked in official accounts.

He was an African bodyguard who came to Japan with the Jesuits in 1579 and later became a confidant to chief warlord Oda Nobunaga who was trying to pacify various fighting clans and unify the nation. 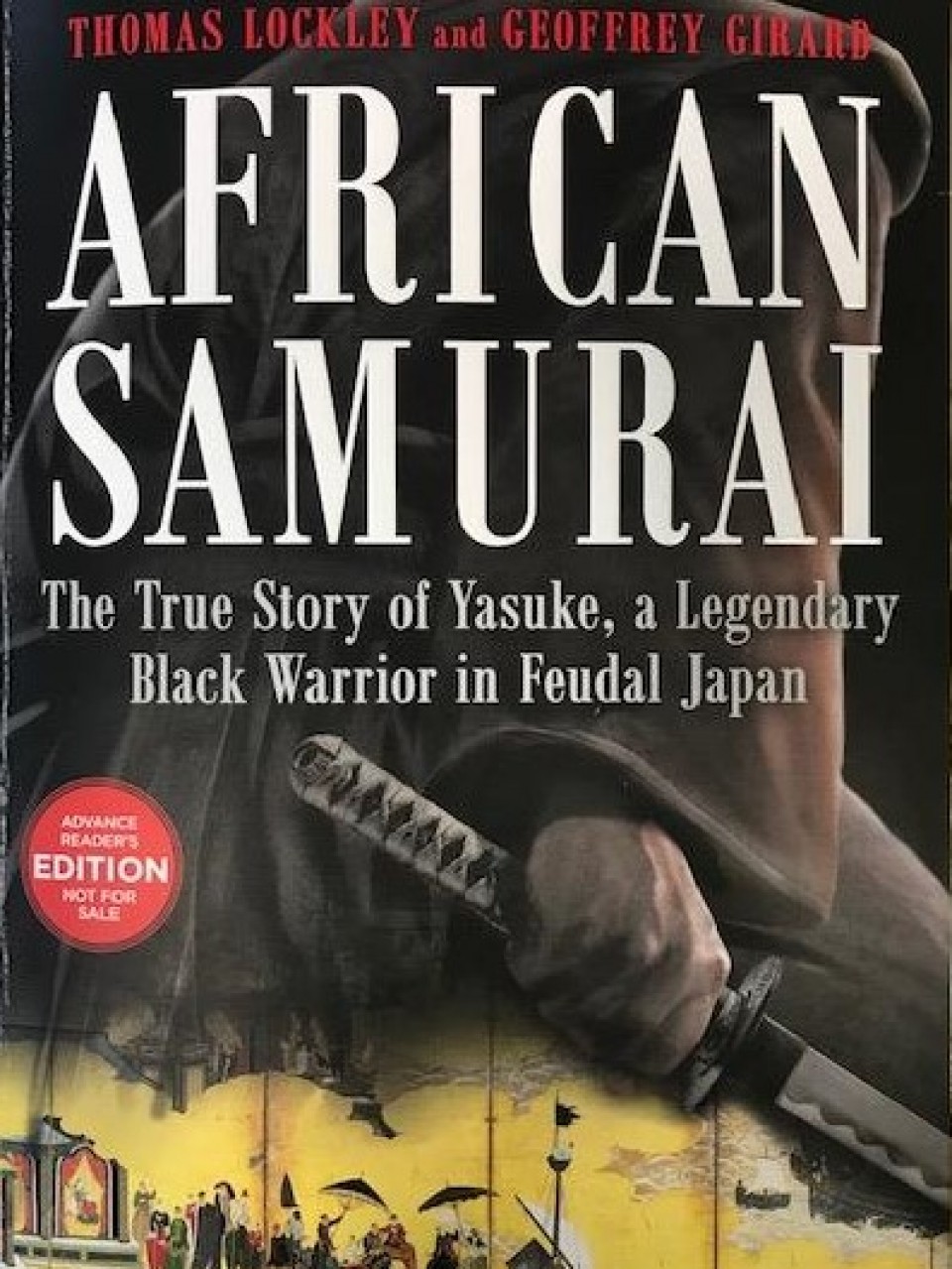 Academic Thomas Lockley, an associate professor at Nihon University College of Law in Tokyo and recently a visiting scholar at SOAS University of London, spent nine years trawling through documents and books and visiting battlefields to build up a never-before-told biography of the man, who was called Yasuke in Japan.

Over the years, the African samurai's story has been portrayed in movies, books, anime and manga in Japan. But a lot of the accounts are purely fictional and Lockley thinks now is the time to give a more accurate portrayal.

In an interview with Kyodo News, he said, "I like to find characters who slip through the cracks of history. Japan is now claiming Yasuke to be one of its own as there is a growing appreciation of Japan's multicultural heritage."

While the book is based on primary sources, Lockley has had to add quite a lot of "research-based assumptions" in order to complete the narrative.

Yasuke was born in the 1550s in what is now South Sudan and was part of the Dinka tribe. He was sold as a child slave and trafficked to India where he was employed as a bodyguard to Italian Jesuit Alessandro Valignano, who was charged with developing Catholic missions in the Far East.

They arrived on Japan's southwestern island, Kyushu, in 1579. A few years later, the duo traveled to Kyoto to meet Nobunaga. Hundreds of people in the city turned out to see Yasuke as most people had never seen a black person before.

Nobunaga did not think black people really existed and rubbed Yasuke's skin and tried to "clean it off."

Yasuke could speak Japanese and the two men got on well. Yasuke entertained the warlord with tales from Africa and India. He thrilled Nobunaga with his feats of strength. And it is possible the two may have had a sexual relationship.

As Valignano left Japan he "offered" Yasuke to Nobunaga. Yasuke was subsequently made a samurai -- and is generally accepted in Japan as the first documented foreign-born retainer to a Japanese lord.

Initially, Yasuke was essentially a bodyguard and page and was there to entertain, impress and intimidate visitors to Nobunaga's court.

Lockley said, "Yasuke had a familiarity and ease with Nobunaga that normal Japanese probably couldn't provide."

Yasuke was rewarded with a regular income, servants and an ornate Japanese sword -- "all extremely high honors accorded to only the most privileged retainers," said Lockley. 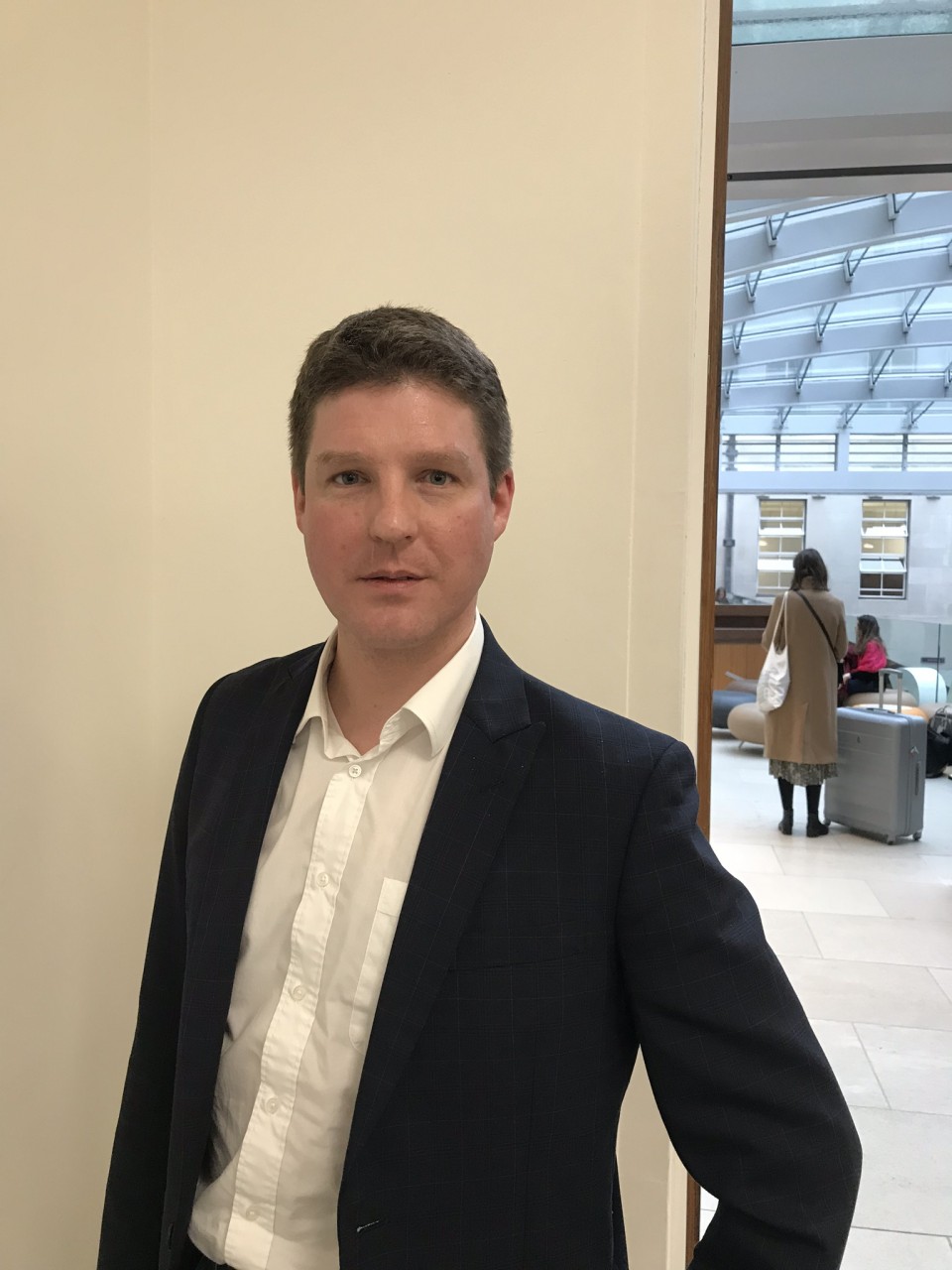 As part of his inner circle, the African samurai fought alongside Nobunaga against other clans.

However, in 1582, Nobunaga was forced to commit ritual suicide during an attempted coup.

Before he died, Nobunaga asked Yasuke to give his head and sword to his son and heir Nobutada. Yasuke did this and then witnessed the son also perform ritual suicide.

But after this point, Yasuke's fate is unclear and Lockley has had to undertake historical detective work.

Yasuke was captured and probably sent back to Nagasaki to work with the Jesuit community.

Evidence points to Yasuke working as a trade advisor to Japanese lords in southwestern Japan and possibly traveling to the Philippines and the Korean peninsula.

Alternatively, he could have been employed as a pirate, given his experience on the high seas and alleged physical strength.

The book also raises the strong possibility that he had descendants living in Japan. It is plausible he had several wives and the book contains an intriguing photo taken in 1864 of a samurai assistant to a Japanese lord who is of mixed race appearance.

Explaining Yasuke's enduring appeal through the generations, Lockley said, "I think it is the romance and tragedy of someone who rises from nothing to become a hero in a far-off country and then perhaps loses it all again.

"Or, then again, maybe he doesn't and he carries on his success in service to another lord? We just don't know. And that is another attraction. Where does fact end and myth begin?

"People instinctively connect with him and find meaning in their own lives from the facts of his."

"African Samurai: The True Story of Yasuke, a Legendary Black Warrior in Feudal Japan," by Thomas Lockley and Geoffrey Girard will be published April 30 by Hanover Square Press.