In their first hearing on equality for same-sex marriages on Monday, LGBT couples told the Tokyo District Court that their families were no different from heterosexual couples.

"Families similar to ours are not special. The reason why they are unknown is because they do not want to attract attention in their lives. We don't want their existence to be erased," Haru Ono said in an opinion statement on behalf of the six couples.

"Our day-to-day lives are no different from those shared by a husband and wife," said Ikuo Sato, a 60-year-old who works at a non-governmental organization that assists those living with HIV.

The six couples, living in Tokyo and nearby areas, are among the 13 Japanese and international couples who jointly filed damages suits on Feb. 14, with the district courts of Tokyo, Nagoya, Osaka and Sapporo arguing that non-recognition of marriage equality was unconstitutional. 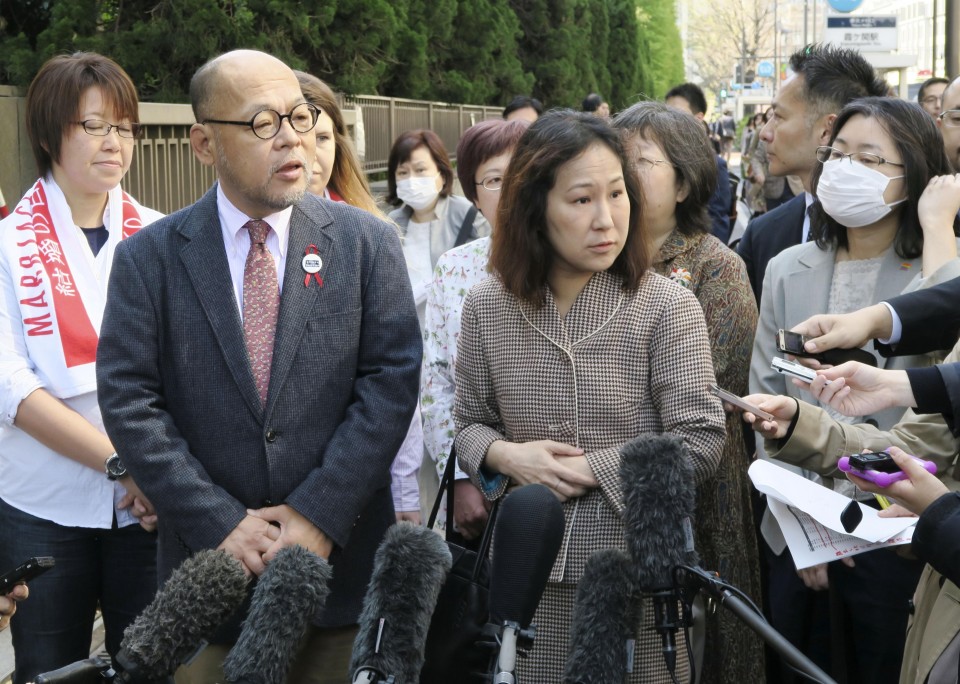 The argument revolves around Article 24 of the Constitution which stipulates, "Marriage shall be based only on the mutual consent of both sexes and it shall be maintained through mutual cooperation with the equal rights of husband and wife as a basis."

The plaintiffs and the government disagree on whether the article precludes marriage between people of the same sex.

Non-recognition of same-sex marriage imposes burdens on gay couples including not getting inheritance without a will, spousal income tax deductions and co-parental rights.

Ono has lived with her partner Asami Nishikawa for 14 years. They are bringing up three children, two of whom are legally hers. Three years ago, Ono found she had breast cancer and they are worried that should she die Nishikawa will be left not only without an inheritance, but without parental rights over all the children.

Recognition will also ease other types of emotional distress.

"Recognizing gay marriage equality means that the next generation won't have to feel the self-hate that I had when I was younger," Sato added.