Japan's Kei Nishikori had no answer for some magical shot making by world No. 49 Pierre Hugues Herbert, who won their second-round match at the Monte Carlo Masters on Wednesday.

Nishikori, ranked sixth in the world and seeded fifth at the clay court masters, lost 7-5, 6-4 to the Frenchman who he had played twice in his career on hardcourts and won both times.

It was the fourth straight tournament in which Nishikori has lost his opening match.

"These kind of runs happen," said Nishikori, who failed to convert a single one of his break points. "If I play my brand of tennis as competently as I can, I have a chance to win."

In the fifth game, Nishikori squandered four break points in a seven-minute, 44-second game as Herbert held serve to take a 3-2 lead. Nishikori then had to fight to hold serve. The Frenchman pulled another rabbit out of his hat with some amazing shots to hold serve in an eight-minute ninth game. 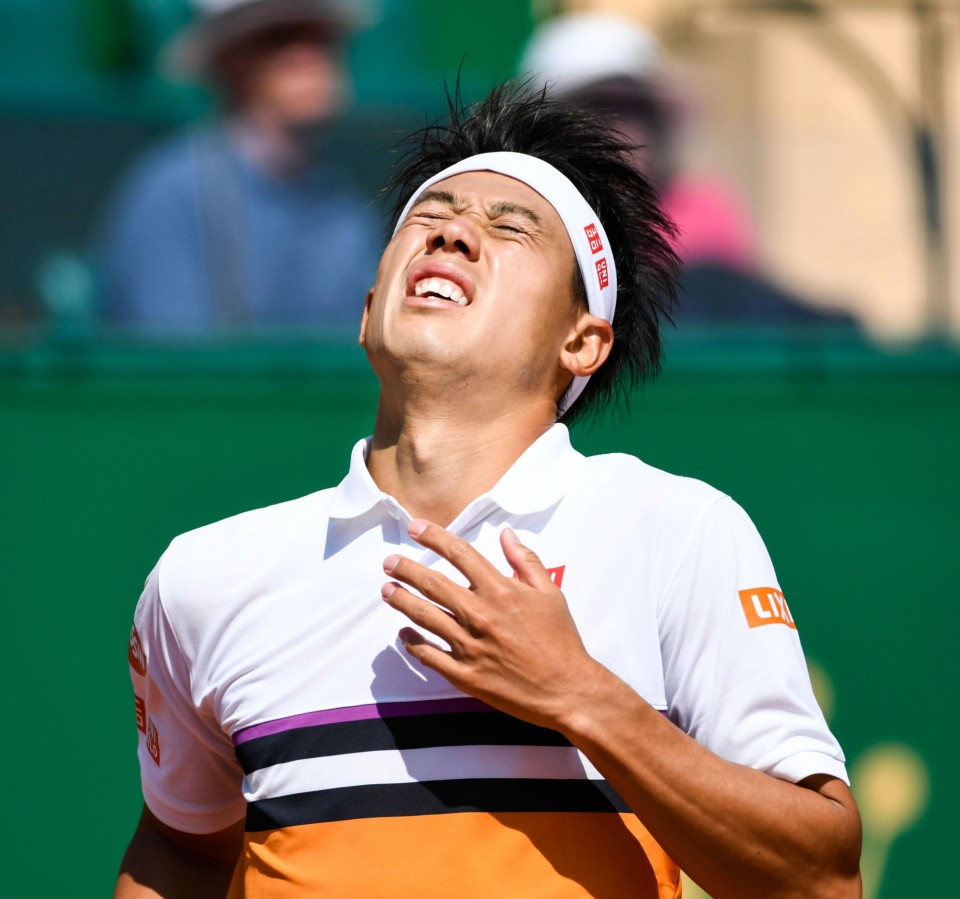 Herbert continued his magic act to hold serve in the 11th game, barely getting to what looked like a winner from Nishikori and firing back on off-balance winner past Nishikori at the net. He then took the match's first service break and held serve to take the set.

The second set was a virtual repeat, with no service breaks until Nishikori failed to hold serve in the 10th and final game.

"He made big shots on big points," Nishikori said, who slammed his racket in the ninth game of the second set.

After Nishikori reached break point, the shot-making that has been his trademark evaporated on both his backhand and forehand.

"I haven't been able to practice very much in recent days," he said. "I can't really say anything because I haven't put together a single good match, but I think the chances of longer rallies on clay will give me a better chance to work things out."