A total of 207 people were killed and over 450 others wounded Sunday in eight bomb blasts that targeted mainly churches and hotels in Sri Lanka, media reports quoting police said.

Three churches and three luxury hotels were initially hit nearly simultaneously around 8:45 a.m. local time as Easter Sunday masses were in progress, according to the reports.

In the afternoon a seventh blast reportedly occurred at a hotel opposite the national zoo, in an area outside Colombo, killing two people. An eighth blast in a suburb in the north of Colombo followed shortly after, reportedly killing three police officers.

At least 11 foreigners, including two Chinese, were among the dead, according to Press Trust of India. Dutch Foreign Minister Stef Blok said in a tweet that one Dutch national had died. 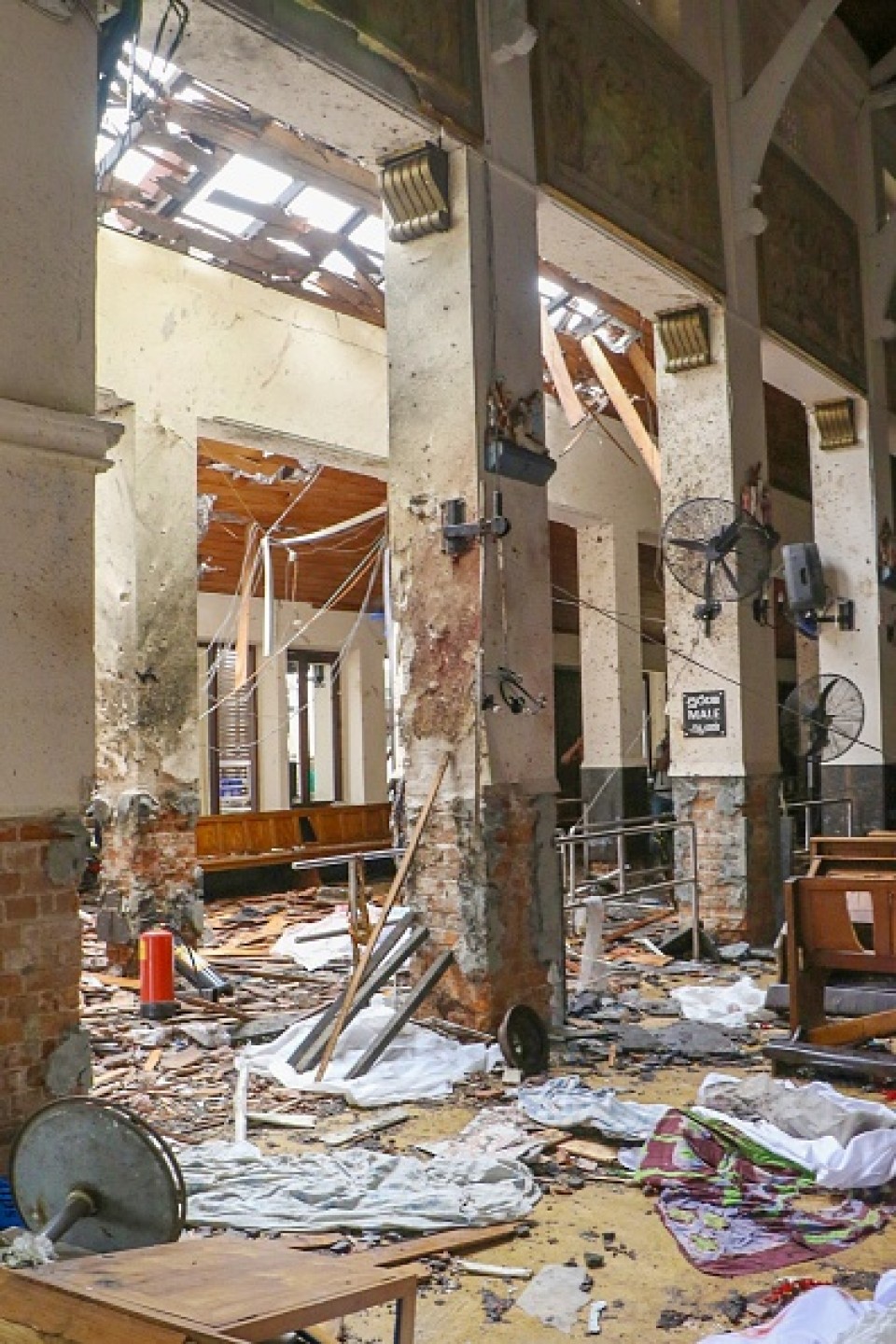 According to the Japanese Foreign Ministry, some Japanese were injured in the blasts but the extent of their injuries are unknown at this time.

There was no immediate claim of responsibility. Local newspaper the Daily Mirror reported that all six blasts in the morning were carried out by suicide bombers, indicating that Christians and foreigners may have been targeted.

Seven people were arrested during a police raid on a Colombo house, according to Reuters.

Sri Lankan President Maithripala Sirisena said investigations have been launched and called for the public to remain calm.

The government imposed a nationwide curfew with immediate effect and blocked access to all major social media and messaging services, according to PTI.

The presidential secretariat said in a statement that the decision was taken as false news reports were spreading through social media.

More than 50 people were killed in just one church, St. Sebastian's in Katuwapitiya, north of Colombo, a police official told Reuters.

Also attacked were St Anthony's Shrine in Colombo, where 25 people were killed, and an evangelical church in the town of Batticaloa on the country's east coast, according to reports.

The three hotels hit were the Shangri-La Colombo, Kingsbury Hotel and Cinnamon Grand Colombo, all located in Colombo, the country's largest city, and frequented by foreigners including Japanese.

Buddhism is the dominant religion of Sri Lanka, being practiced by around 70 percent of the population. Less than 10 percent of its people are Christian.

The country had enjoyed a decade of peace since a bloody civil war between the government and militant Sri Lankan Tamil nationalists that raged for 26 years ended in 2009.