Nearly 74 percent of voters approve of Japan's new era name, Reiwa, to be used for the next emperor's reign from May, while the support rate for Prime Minister Shinzo Abe's Cabinet has risen 9.5 percentage points to 52.8 percent, a Kyodo News survey showed Tuesday.

In the two-day nationwide emergency opinion poll conducted after the new imperial era name was unveiled Monday, 73.7 percent said they liked the name, which the government interprets as "beautiful harmony," while 15.7 percent did not.

Around 85 percent viewed positively the government's choice of a name from a Japanese classic, rather than a Chinese source, for the first time in the history of "gengo" imperial era names, which date back to the 7th century.

Imperial era names, which originated in China, are used in official documents and certificates including drivers' licenses, though the Gregorian calendar is also widely used. 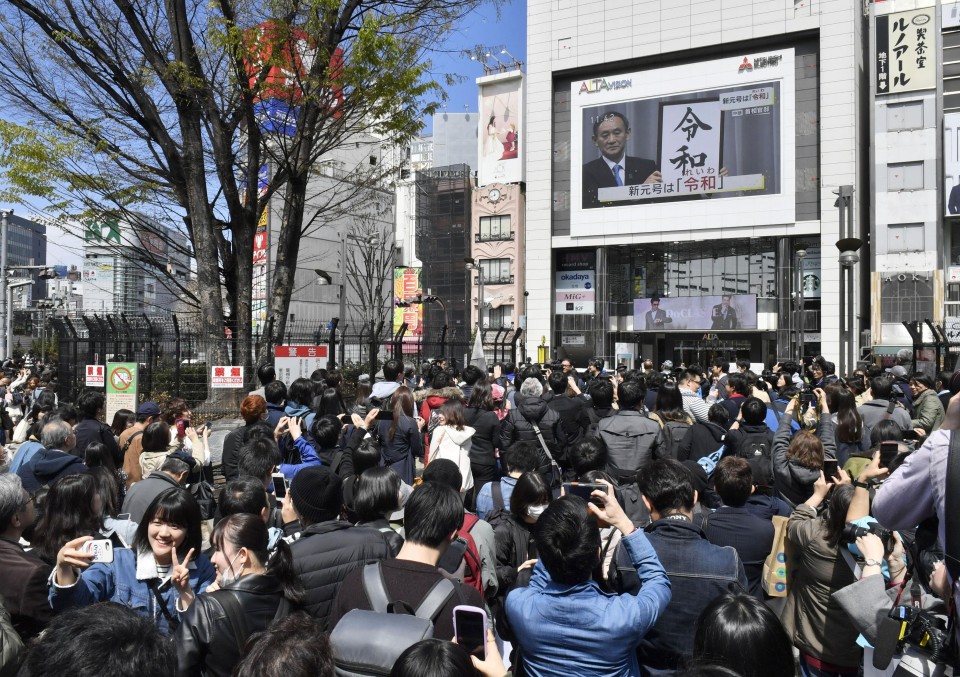 Reiwa, Japan's 248th gengo, is composed of two Chinese characters -- "rei" meaning "good" or "auspicious" and "wa" meaning "harmony" or "peace. But "rei" is more commonly used to denote "command" and some gengo experts were surprised by the use of the character.

Abe, who held a press conference and appeared on TV programs to explain the new era name, saw his Cabinet's support rate rise from 43.3 percent in the previous survey conducted in March.

The disapproval rate stood at 32.4 percent, down from 40.9 percent.

Around 54 percent of those surveyed, meanwhile, said they opposed the Liberal Democratic Party changing its rule to allow Abe to serve another term as party president after his third term expires in September 2021.

The issue emerged last month after some party heavyweights hinted at the possibility, but the prime minister said he will not seek another term.