Tokyo prosecutors indicted former Nissan Motor Co. Chairman Carlos Ghosn on Monday on a fresh charge of misusing company funds paid to a distributor in Oman, effectively wrapping up their investigation of the once-feted auto tycoon since his initial arrest in November.

Following the fourth indictment for Ghosn, his lawyers requested that the Tokyo District Court grant his release on bail. "We will rebut (the charges) completely," one of his lawyers Junichiro Hironaka told reporters, adding that the former chairman has remained silent during recent interrogations by prosecutors.

Shin Kukimoto, deputy public prosecutor at the Tokyo District Public Prosecutors Office, said in a regular press conference Monday, "We have been able to collect all the evidence we need for a guilty verdict."

If the court grants bail in a decision expected Tuesday or later, prosecutors are certain to appeal.

Ghosn's earlier release following 108 days in detention through early March was cut short after the prosecutors served him with a fresh arrest warrant on April 4.

Ghosn now faces an additional charge of aggravated breach of trust in connection with the suspected channeling of some of Nissan's payment to the distributor for his personal use, causing the automaker to sustain a $5 million loss.

Takashi Takano, another defense lawyer, wrote in a blog post that prosecutors had interrogated Ghosn daily from April 5 to Sunday for a total of around 72 hours even though Ghosn and his defense team had made clear he will remain silent. 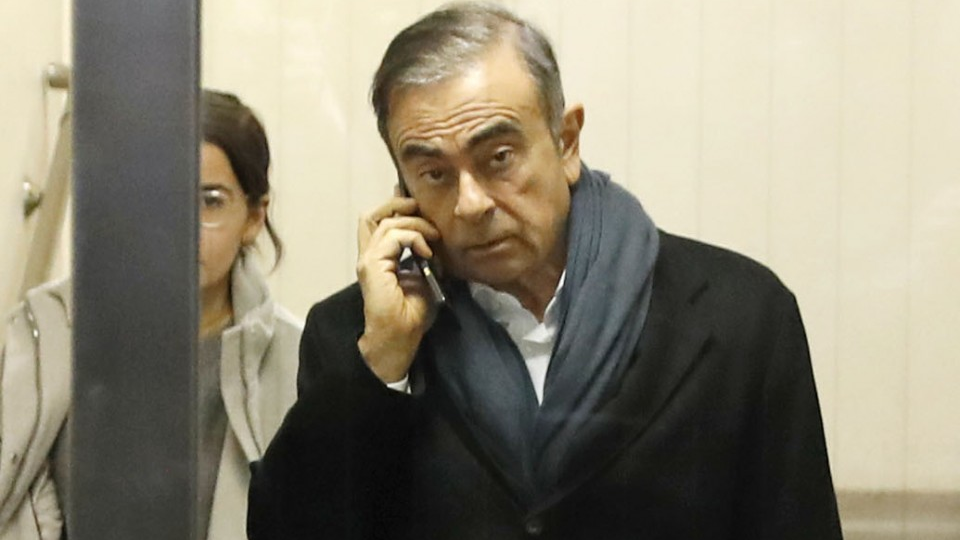 The prosecutors questioned Ghosn repeatedly about Nissan's payments to the Omani distributor, but the former chairman told them he had nothing to say and the questioning was a waste of time, according to Takano.

Monday marked the last day of Ghosn's detention period approved by the court, with prosecutors required to decide whether to indict or release him by that day.

Nissan said the same day it has filed a criminal complaint against Ghosn over the latest allegation. The payments to the distributor "were in fact directed by Ghosn for his personal enrichment and were not necessary from a business standpoint," the automaker said in a statement.

"Such misconduct is completely unacceptable and Nissan is requesting appropriately strict penalties," it said.

In the latest indictment, Ghosn is accused of having a Nissan subsidiary in the United Arab Emirates pay a total of $10 million to the Omani distributor, Suhail Bahwan Automobiles LLC, between July 2017 and August 2018 and having $5 million of that transferred to a savings account at Good Faith Investments, a Lebanese investment firm that Ghosn effectively owns.

Sources close to the case have said it is alleged that part of the transferred money was then channeled to the company of Ghosn's wife, of which some may have gone toward the purchase of a luxury yacht worth 1.6 billion yen ($14 million) mainly for use by the family.

The indictment came as the 65-year-old is already preparing to defend himself from charges that he violated the financial instruments law by underreporting his remuneration by 9.1 billion yen in Nissan's securities reports presented to Japanese regulators over the eight years through March last year.

Ghosn, who holds Brazilian, French and Lebanese nationality, has also been indicted for a separate aggravated breach of trust in relation to the alleged transfer of private investment losses to Nissan's books in 2008 and for paying $14.7 million in company funds to a Saudi businessman who extended credit to him.

Ghosn, who says he dedicated two decades of his life to reviving the Japanese automaker from the brink of bankruptcy, was removed from chairmanship posts at Nissan and its partners Renault SA and Mitsubishi Motors Corp. after his initial arrest in November. He has also been replaced as CEO of Renault.

He said in a video message recorded shortly before his arrest on April 4 that his troubles are the result of a "conspiracy" by Nissan, claiming a "few executives" at the Japanese auto giant felt that the company's autonomy was threatened by a possible convergence or merger with Renault.